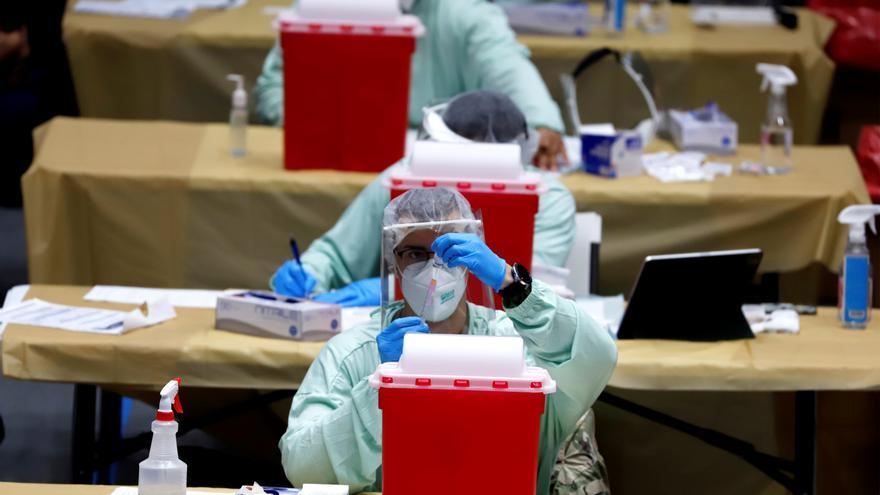 Spain has already received the first doses of vaccine against COVID-19 from the American pharmaceutical company Moderna, as confirmed by La Moncloa. They have been ahead of the forecasts, because Minister Salvador Illa announced last Thursday that the arrival of the first shipment would take place in about 7 or 10 days, that is, at the end of this week. At the moment there will be 600,000 doses in total in 6 weeks, which will be sent gradually. These first are already in the central warehouse of the Ministry of Health and will be distributed “equitably” among the communities to reinforce the vaccination that is being carried out since December 27 with the Pfizer / BioNTech serum. “Around eight o’clock in the morning, the truck that transported them from Belgium has arrived at the warehouse of the Ministry of Health in the center of the peninsula,” they have reported, without specifying the amount. Illa will release “more details” after the Council of Ministers.

The European Medicines Agency (EMA) and the European Commission (EC) gave the green light to Moderna’s vaccine on January 6. It is the second vaccine that is approved for the continent and also the second that Spain arrives. Until now, we only had that of Pfizer / BioNTech, of which three shipments with 350,000 doses each have landed in our country. From Pfizer it will be more vaccines than from Moderna: 4.5 million over 12 weeks. The EU contract is currently closed for 600 million doses with Pfizer, throughout 2021 (there were 300 but it was doubled last week); and for 160 with Moderna. The first doses of Moderna arrive with the consequences of the storm Filomena on mobility still kicking, but these have not prevented its delivery to the Ministry.

Moderna’s vaccine is double-dose, this means that for a complete immunization of the patient, two doses are required, separated if necessary by a period of 28 days. It is also the Pfizer, in the case of it every 21 days. Both work by the messenger RNA technique and are stored deep-frozen, although Moderna’s lasts longer (almost a month) in a conventional refrigerator than Pfizer’s (five days). Moderna’s has logistical advantages over that of Pfizer, explained from the National Association of Nursing and Vaccines (ANENVAC): the health worker who administers it does not have to dilute it in serum but it is already mixed, unlike the one already It has been taking place since December 27 that it does require this type of manipulation.

Vaccination in Spain against COVID-19 was highly anticipated but started very slowly, in the middle of Christmas. Some communities (Madrid and Cantabria) only used 5 and 6% of the vaccines that were available in the first week. The specialists and professionals attributed it to poor planning, since he was not vaccinating on holidays, so they considered that this week of January 11 was decisive to pick up pace. Yesterday, Monday, the autonomous communities reported that 406,091 vaccines against COVID-19 had already been given throughout the territory, 54.6% of those received since December 27. At the top are Galicia and Asturias, which have put 81% and 79.9% respectively; Madrid follows, 25.2%. Salvador Illa expressed last week that he is confident that vaccination will soon pick up a “pace” and that all communities will reach what he calls “cruising speed” in the execution.

This morning of January 11, the European Medicines Agency (EMA) has received the request for conditional marketing authorization for the third vaccine against COVID-19 that will presumably be available in Spain, the one developed by AstraZeneca and the University of Oxford . “An opinion on the marketing authorization could be issued before 29 January during the meeting of the scientific committee for human medicines of the EMA, provided that the data presented on the quality, safety and efficacy of the vaccine are sufficiently robust and complete and that any information necessary to complete the evaluation is sent immediately, “they have set as a deadline. Another 300 million doses of AstraZeneca are pre-purchased.