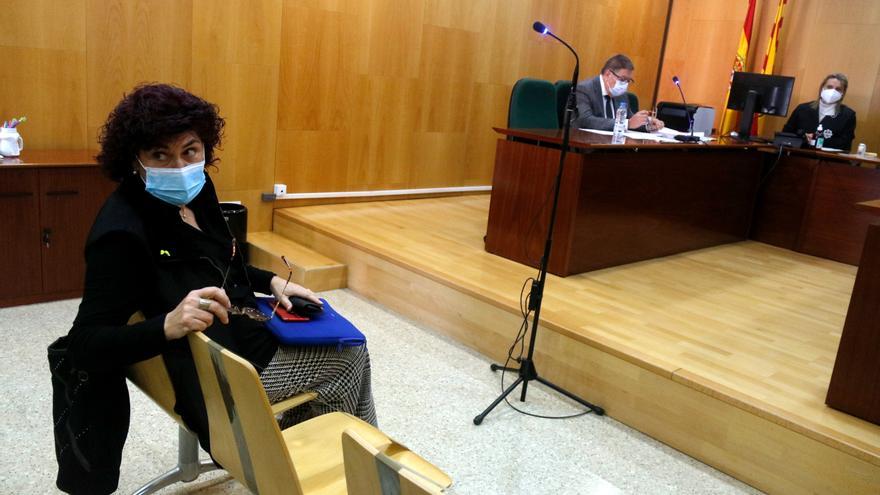 First Catalan mayoress acquitted of organizing the referendum of October 1, 2017. A court in Figueres (Girona) has acquitted the mayor of Roses (Girona), Montserrat Mindan, of JxCat, of the crime of disobedience to the Constitutional Court of which she was accused the Prosecutor’s Office, in the first case that came to trial for municipal support for the vote.

Mindan, who was facing a disqualification sentence, was the first Catalan councilor to sit on the bench as a result of the instruction that, on the eve of 1-O, issued by the then State Attorney General José Manuel Maza to investigate about 700 mayors who supported the referendum.

In its sentence, which is not final, the Criminal Court number 1 of Figueres concludes that there is not enough evidence to consider that the mayor gave “express or tacit orders” to contravene the resolution of the Constitutional Court that ordered her to prevent the referendum, nor did he provide the keys or the spaces to carry out the vote.

Neither the City Council nor the defendant, the sentence concludes, “produced direct or indirect orders to facilitate the October 1 vote from the public institution.” Neither has it been proven, adds the judge, that Mindan “tolerated or allowed” voting or that it facilitated the opening of places to vote, since it did not know who had to open them.

“The only thing proven”, in the judgment of the magistrate, is that Mindan “knew” the votes “once they were taking place”, since the support that the council had given to the vote in early September through a decree it was a mere “political statement without executive content.”

Moreover, with the voting already underway, only the security forces “could use force” to prevent the referendum since the mayoress, according to the ruling, “could not empty the polling stations and plenary halls by herself without the help from the police officers “who were at the scene. “If concrete action cannot be demanded of them to empty the polling stations of the agents, it is difficult to demand the same from the accused,” the magistrate emphasizes.

Of the offensive launched by the State Attorney General’s Office before October 1 to prevent the referendum and which led to the opening of investigations against more than 700 sovereign mayors who supported the consultation, only three years later, cases against a dozen mayors remain. . Mindan’s is the first sentenced, while the current Minister of Foreign Affairs and former mayor of Agramunt, Bernat Solé, awaits the verdict of the Superior Court of Justice of Catalonia (TSJC). Awaiting trial are the mayors or former mayors of Roquetes and Amposta (Tarragona), Alcarràs (Lleida), Castelló d’Empúries and Figueres (Girona) and Collbató and Molins de Rei (Barcelona).