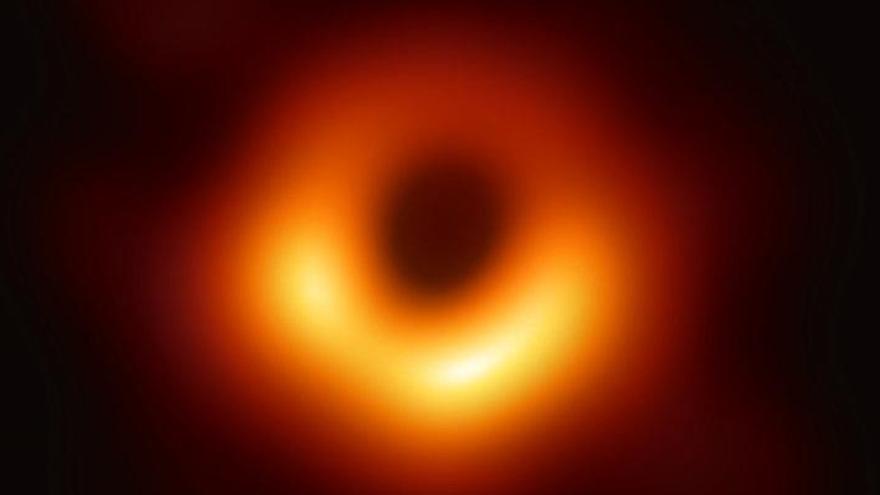 An analysis of four years of archives on the supermassive black hole at the center of the galaxy M87, which was photographed in 2019 in an absolute first, has revealed a turbulent evolution.

Analysis by the EHT (Event Horizon Telescipe) collaboration reveals the behavior of the black hole image over several years, indicating the persistence of the crescent-shaped shadow feature, but also a variation of its orientation: the crescent seems to wobble. The full results appear this September 23 in The Astrophysical Journal.

The Event Horizon Telescope is not a singular telescope, but a global association of telescopes. Together they form a virtual radio dish the size of Earth, which provides exceptionally high image resolution.

“With the incredible angular resolution of the Event Horizon Telescope, we were able to observe a game of billiards on the Moon and keep track of the score“Maciek Wielgus, an astronomer at the Center for Astrophysics Harvard & Smithsonian, said in a statement. But those results were based only on observations made during a one-week window in April 2017, which is too short to see much change.”

But from 2009 to 2013, researchers had taken data from the black hole at the center of M87 with the first prototype arrays before the full complement of telescopes came together. They could use that data to find out if the size and the orientation of the crescent had changed.

The observations from 2009-2013 consist of much less data than those made in 2017, which makes impossible to create an image. ANDInstead, the EHT team used statistical models to look at changes in the black hole’s appearance over time.

Extending the analysis to observations from 2009-2017, scientists have shown that the black hole adheres to theoretical expectations. The diameter of the black hole’s shadow has remained consistent with the prediction of Einstein’s theory of general relativity for a 6.5 billion solar mass black hole.

But although the diameter of the crescent remained constant, the EHT team found that the data hid a surprise: The ring is wobbling, and that means great news for scientists. For the first time, they can glimpse the dynamic structure of the accretion flow so close to the black hole’s event horizon, under conditions of extreme gravity. Studying this region is the key to understanding phenomena such as the launch of a relativistic jet, and will allow scientists to formulate new evidence for the theory of general relativity.

The gas that falls on a black hole heats up to billions of degrees, ionizes and becomes turbulent in the presence of magnetic fields. “Because the flow of matter is turbulent, the crescent appears to oscillate over time,” Wielgus said. “We actually see a lot of variation there, and not all theoretical accretion models allow for that much wobble. What it means is that we can start to discard some of the models based on the dynamics of the observed source. ”

“These early EHT experiments provide us with a trove of long-term observations that the current EHT, even with its remarkable imaging capabilities, it can’t match “said Shep Doeleman, founding director of EHT. “When we first measured the size of M87 in 2009, we couldn’t foresee that it would give us our first glimpse of black hole dynamics. If you want to see a black hole evolve over a decade, there is no substitute for having a decade of data. “.