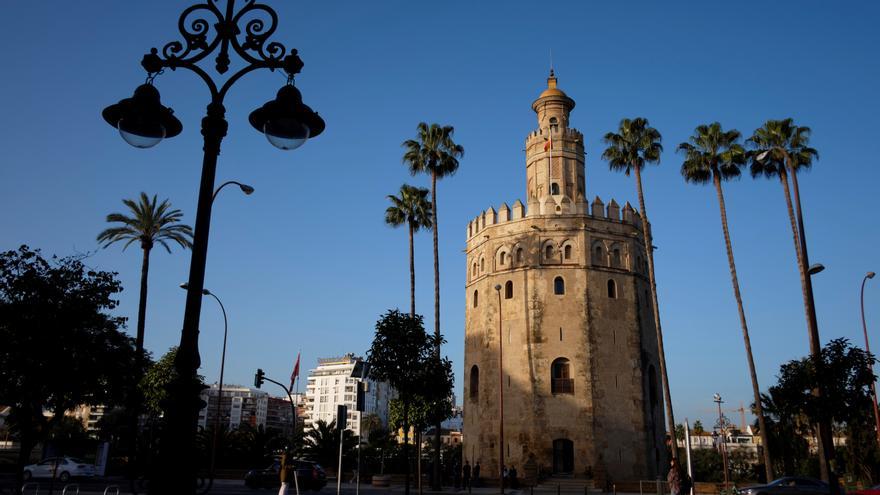 Seville, Feb 24 (EFE) .- “The Tower has survived because it was built quickly, but well.” It is a phrase from Virginia López, a heritage expert from Seville who tells the secrets of the Torre del Oro with the ease that gives her knowing the monument like the back of her hand, and who understands that this good construction has been essential for blow out a cake with 800 candles this Wednesday.

With it Efe has traveled all the corners of this watchtower, which saw its first stone being laid on March 30, 1220, by order of the Almohad governor of Seville, Abù l-Ulà, who delivered it to the city completely finished on February 24, 1221, closing the works but opening the legend around this bastion, once defensive and today cultural and tourist.

Virginia has a degree in History and a Graduate in Art History, and founder of the company ‘Paseos por Sevilla’, dedicated to spreading the history and heritage of the city. The first thing he admits is that, indeed, legend has always haunted this tower, which was said to have owed its name to the huge amounts of golden metal that it kept inside or to the gold that covered its facade.

“We all like to think that it was a gold warehouse, that its name and legend came from there, but in 2005 the restoration led by Fernando Amores discovered the material with pressed straw and special mortar that covered it, which with the glow of the fall of the sun caused a golden color that gave it its name throughout the centuries ”, he explains.

In that year, what is its last restoration to date was carried out, “although it was not in bad condition”, unlike how it was in the 19th century, when “it had no use whatsoever and was in ruins, so that it was decided to demolish it, but the Sevillians of the time refused, and the authorities had to change their minds ”, until in 1900 important work was done on the entire tower and in 1931 it was declared a Site of Cultural Interest.

Another step that the historian remembers as basic to keep it standing and in good condition was taken on March 21, 1936, when an order from the Ministry of the Navy, at the proposal of the Naval Museum Board, caused the museum that it continues to occupy to be installed. the ground and first floors of the tower, which took eight years to open, since before the appearance of the facade was improved and the rooms were prepared, “and since then it seems that a good conservation has been guaranteed”.

With all this, the Torre del Oro has become a symbol of the city, with the permission of the Giralda, which, apart from being older, is perhaps what is most photographed when you go up to its viewpoint, from where you have an immense panoramic view of the upper part of the cathedral, at a height of almost 40 meters.

“It is very striking that it is attached to the river, because it can be seen from Los Remedios -the neighborhood just in front- with the Giralda behind it, and arouses a lot of curiosity among visitors, who ask how it was built, why, and even if it was built to have houses inside ”, but what is always clarified the most is that it did not keep gold -or who knows- and that it was not built with golden tiles.

“People like the legend, but they want to investigate to find out the true history, beyond the myth and the house,” he underlines, while he walks little by little, as if he had never visited it, a bastion that was part of the walls that defended the city with the river at its feet, and which is on its way to its first millennium in full form, with golden health.

We will continue to quote Janet Malcolm