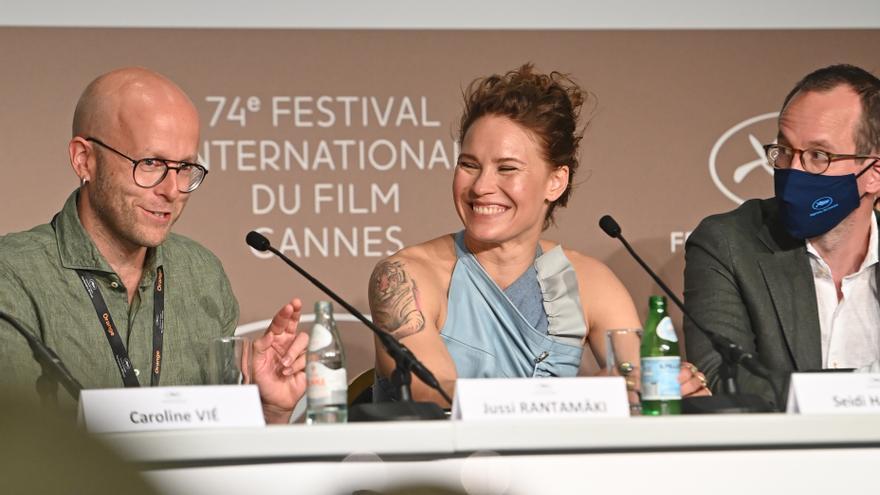 Cannes (France), Jul 11 ​​(EFE) .- A young Finnish woman takes a train to travel from Moscow to Murmansk to see some petroglyphs. It's the eighties and there are no mobiles. With this premise, the accomplished Juho Kuosmanen has built a simple and magical film, which exudes humor and humanity and which has been very well received at Cannes.

Most of the footage takes place on a train that travels the almost 2,000 kilometers that separate the two cities and in which Laura, a student, (Seidi Haarla) meets a Russian miner who drinks vodka non-stop, Lioja ( Yury Borisov), with whom he has to share "Compartment No. 6" that gives the film its title.

The confinement in that compartment of an old train was precisely one of the main challenges of the filming, since a real train of that time was used and the director had to be in the next space and see the actors only through a monitor .

That made him have a strange feeling, as he explained this Sunday at a press conference. "I saw them from afar, not as human beings," he said.

A film that is not about a trip, but the trip is the film, said Kuosmanen, which reaches the official competition at Cannes with what is his second feature film after the first, "The happiest day in life. by Olli Mäki ", won the A Certain Look section of the festival in 2016.

A story about human relationships and loneliness, about beings that meet and that, despite differences in class, origins or personalities, manage to understand each other.

"Connecting with another human being is the essence of life, but it is very rare. You can go your whole life without having such an encounter," said Haarla, who in the film plays an archeology student.

While for Borisov, the film highlights how sad it is today in a society in which only mobile phones matter and in which we do not realize that we all need everyone.

To prepare the film, the actor decided to take a long-distance train and soak up stories that could give him the keys to how to play Lioja.

"I realized that it was impossible, everyone is glued to their mobile and there is no communication as in the time in which the film is developed," he said.

A film that is based on the characters and their stories without using special effects, that delves into solitude and is dotted with small scenes through which a huge variety of people pass, who are not always what they seem.

The decadent atmosphere of the train, the snowy scenes of Russia and a powerful melancholy make the film one of those rare jewels to discover. EFE