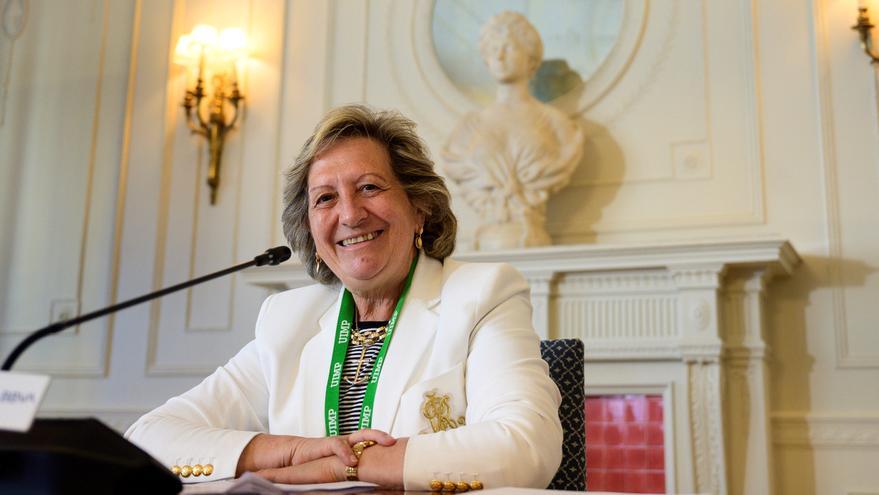 The public pension fund has not sat well with private managers, insurers and banks, with which it will have to compete when it starts to work. The publication of the draft law, approved last week in the Council of Ministers, It has not served to calm the spirits and the employers of the sector have resumed the frontal rejection against this measure, which was advanced a year ago. Uncertainty about tax incentives or competition with individual private plans are the main criticisms against this complementary vehicle to the public pension linked to employment.

The Minister of Social Security and promoter of the measure, José Luis Escrivá, presented a week ago the text with which he intends to start the fund. It is a vehicle promoted by the State that seeks to attract small companies and the self-employed to this savings model in which the employer and employee contribute to a pension fund to complement the retirement that the worker receives based on their contributions. To date, this business is barely developed in Spain compared to other countries, beyond large companies, and the Government has committed to promoting it.

His private competitors, however, have been taking advantage of any public intervention to charge him for a year, which they have accused in the past of "unfair competition". The playing field was propitious this Tuesday for these criticisms to be resumed: a conversation between the employers' association of insurance companies (Unespa) and that of investment funds (Inverco) in a meeting on the financial sector organized by the consulting firm KPMG and the economic newspaper Expansión. On the table, the detail of the bill to create the public fund that was presented a week ago.

"It is an ambitious goal that is not going to be met, it has clear design errors," assured Pilar González de Frutos, representative of the insurers. Unespa has been one of the most critical voices with this public fund. The main problem that the directive denounces is that the launch of this vehicle is complemented by the "forced disappearance of individual savings". As a preliminary step to creating this public pension plan, the Government has been reducing the tax incentives that existed for individual private plans, redirecting them towards company plans. In 2020, the participants of the individual funds could contribute up to 8,000 euros per year, with its subsequent deduction in personal income tax. In 2021 it fell to 2,000 and by 2022 it has been set at 1,500 euros. These tax benefits were criticized by the Independent Authority for Fiscal Responsibility because, in practice, they mainly benefited the highest incomes.

This is one of the aspects that has caused the most rejection in the sector. In the language of the pension system, the first pillar is that of the public pension, the second that of employment - which the Government wants to promote - and the third that of the individual. For Ángel Martínez-Aldama, president of Inverco - the investment fund employer - this system "goes against workers who use the third pillar who are as respectable as those who use the second" and "does not provide incentives for companies" . Contributions to individual pension plans have been reduced to September to their lowest level in eight years with the withdrawal of those tax incentives demanded by the sector.

The representative of the collective investment managers, which includes funds, pension plans, sicav, etc., defended that "there has been no debate" to promote this public initiative. "There is a lack of debate, there is no information and more financial education is needed," he insisted. Both González de Frutos and Martínez-Aldama questioned whether the public pension will be sufficient and specified that it is necessary to promote the two private pillars, especially through tax incentives.

Ignacio Garralda, president of Mutua Madrileña, one of the largest insurers in the country, also took up this idea, although with less relevance precisely in pension plans. "The bad thing is that to dress a saint, the employment plans have undressed another, the individual plans," he said, rejecting the "tripartite" that will direct these public funds, which will be made up of the State, the unions. and representatives of the employer's association.

The one who is a fundamental operator in the business of private pension plans is Mapfre. Its president, Antonio Huertas, assured that there are "many uncertainties" and that "if there are no tax incentives, this will not work." "What the Government's initiative aims to raise doubts," he stressed. The manager questioned the "political neutrality" of the fund's management and its possible "interference." However, he advanced that the company wants to present itself to be in charge of managing the public promotion plan. "We would like to participate, we have experience and we can develop it," he emphasized.

Huertas's doubts about "political neutrality" refer to the fund's governance model. The draft bill designs a two-level government system. First, a Promoting Commission is created, which will be in charge of setting up the funds and designing the investment strategy. The text, which is in the public consultation phase before its return to the Council of Ministers for final approval, includes a modification with respect to previous drafts. Finally, Social Security will not be the only Ministry involved, but there will be five, so the vice presidents, Nadia Calviño, Yolanda Díaz and Teresa Ribera, will have a voice in starting this public fund. Also María Jesús Montero. This commission will be made up of five representatives of Social Security, but Economic Affairs, Labor, Ecological Transition and Finance will also participate, with one representative each.

At the second level will be the Special Control Commission, which will be in charge of supervising the management of these public funds. It will have 17 members, of which nine will be proposed by the Ministry of Social Security. The other eight will be divided equally between the unions and the "most representative" employers. This commission will meet monthly and will have a six-year mandate.

The fund is publicly driven and this commission system guarantees control of its operation, but effective management will be private. Thus, entities such as Mapfre, which has already announced its interest, will have to submit to a public tender to be awarded its management. In the previous design, it was revealed that the ministry would impose a minimum level of assets under management to be able to present itself to the process, although the drafting of the preliminary project does not specify it and leaves it for a later development. This contest will be held every three years.

In order to participate in this contest, the law will oblige the managers to submit offers in which the commissions charged will have a maximum of 0.3%. In previous drafts this level was higher. In this way, the Government intends that these funds are cheaper than the average that exists in the market and, with this, that they are more attractive for more participants to join than currently exist.