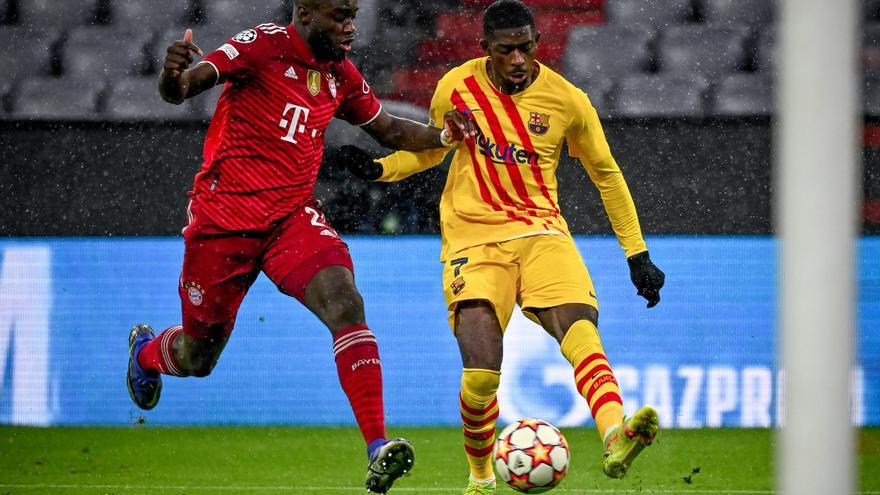 In several investment banks they dared to place their bets on the result of the World Cup in Russia. Practically no one knew how to see that the France of Mbappé, Pogba or Griezmann would emerge victorious, taking their second world championship, just 20 years after the first. Two years later the pandemic arrived and, with it, the crisis of many football leagues and clubs. Thus, the bet of the financial sector became something more real, with billions of euros of investment. The agreements in Spanish LaLiga or Uefa in recent weeks give a good example of this.

At the beginning of December, the agreement between the Spanish football association and the CVC venture capital fund was concluded. Both will create a holding company in which the investor will put 1,994 million euros on the table, in exchange for receiving 8% of the income from the commercial and technological business and 11% of the audiovisual rights. The agreement is valid for 50 years but the fund may decide in the future whether to sell its stake to a third party. The clubs, for their part, will be able to use these funds for the technological transformation of their business, the improvement of the facilities or, to a lesser extent, for signings and salaries. For the first time in the major leagues, a financial partner becomes a shareholder in a European league.

The deal has been mired in controversy since it was announced in August. Especially for the criticism of three of the main Spanish football clubs, Real Madrid, FC Barcelona and Athletic de Bilbao. The only three teams that have remained in the first division since its creation in the 1920s voted against the signing of the agreement and have announced the taking of legal actions to stop this operation, which they consider contrary to the rules and that affects the viability of Spanish football. It was already agreed that the wayward clubs would be out of the agreement, without receiving the money but without being obliged to give up the income that would correspond to them.

Although it is the first time that the financial sector has formalized an operation of this type, there have been other attempts. The German league, which is the second European competition by revenue volume behind the English and above the Spanish, according to data from the consulting firm Deloitte, surveyed a similar operation. For almost a year and a half he had a process open in which he was looking for a partner to invest in the championship and several venture capital funds knocked on the door of the German employers to reach an agreement. Finally, last spring, the clubs agreed to stop the process, which was looking for a partner to boost the international revenues of this championship, both first and second.

A similar process is also open in France. The neighboring country's professional league is in talks with CVC, the fund that has invested in Spanish football, and with Bain to invest around 1,500 million euros. Other investors such as Advent, Apollo, KKR, EQT or Silver Lake would also have participated in the negotiations, in order to acquire 20% of a joint venture in which the audiovisual rights of the French championship will be entered. The French employers' association would have opened the process in November, with the aim of completing it in the coming weeks, as reported by Reuters. The objective is to achieve financial support after the crisis caused by the pandemic, while being able to double or triple the income of this league, historically the fifth in Europe, in the next five years.

Italy, like Germany, also probed a similar operation before CVC entered the capital of LaLiga to profit from audiovisual rights. However, as happened with the German case, it was put on hold. In addition to CVC, other venture capital funds such as Advent or FSI were negotiating to invest in exchange for the television revenues of the Italian championship. Specifically, according to some media, the objective was to invest about 1,700 million euros to acquire 10% of the company that managed the television rights of football. As noted by Bloomberg, the operation has not been completely closed and now there is another investor looking to position itself in the Italian league, Apax.

The interest of the financial sector in European football is not restricted to the leagues. Also the body that manages this sport on a continental level, UEFA, has closed an operation in this line. A few days after LaLiga closed its agreement with CVC, UEFA has announced an agreement with Citigroup to generate a rescue plan for European football of some 7,000 million euros, with the aim of being able to cover the scenario in which the The coronavirus crisis continues to attack the different levels of this sport in Europe. Citi prevailed in a competitive process over other financial entities that had been interested in gaining positions in the midst of the income crisis in the beautiful sport of the old continent. Goldman Sachs or Macquarie had positioned themselves.

The English Premier League is the main football league in the world by volume of revenue but, like the rest, it has also suffered the blow of the pandemic. In recent months, many teams in the competition have requested the creation of a fund of 1 billion pounds, assuming that the management would be cheaper than with each club separately. This debt would be backed by the multimillion-dollar television revenues of the competition, as reported by the Financial Times in October. However, this project had numerous rejections from the main clubs, who already have facilities on their own to go to the market to finance themselves, and it has not been confirmed.

The five main European leagues (England, Germany, Spain, Italy and France) have suffered in the last two years a significant loss of income caused by COVID-19. A report by the consulting firm Deloitte estimated their joint income in the season prior to the coronavirus at 17,000 million euros. Just a year later, 2 billion disappeared. And they are 3,700 million at the European level of loss of income taking into account the rest of the league competitions on the continent. In a context of strong inflation of team expenses due to salaries and transfers that have been paid in recent years, the need to attract new financing channels has become fundamental. And that is where the large investment banks and venture capital funds come in, seeing potential television revenues as attractive for their investments.

One way that rich clubs sought to get ahead was the creation of the Super League. At the beginning there were 12 teams, although after the initial rejection of governments and fans, nine of them were erased. Only three remained, Real Madrid, Barcelona and Juventus of Turin. In the first weeks of its launch, there were many doubts about the competition model, the calendar and other fundamental aspects about its future. However, there was a certainty from the first minute: the backing of a large financial institution. In that case it was JPMorgan. The clubs that created this competition to beat the Champions League, controlled by UEFA, signed a credit line of more than 3,900 million euros with this bank to clean up their accounts. In this case, the entity came to recognize its error by "clearly misjudging what this agreement would look like."

One of the teams still in the Super League, FC Barcelona, ​​has been one of the clearest examples of the effects of the pandemic on a club's accounts. This circumstance, added to a financial situation far from being healthy, forced the team to let its star, Lionel Messi, go last summer and not be able to face large signings, as well as having to negotiate salary reductions between its captains. In this context, the club's board agreed on a plan to refinance more than 500 million euros of debt. Again, a financial entity, in this case Goldman Sachs, was doing business in professional football to alleviate the ravages of the pandemic.