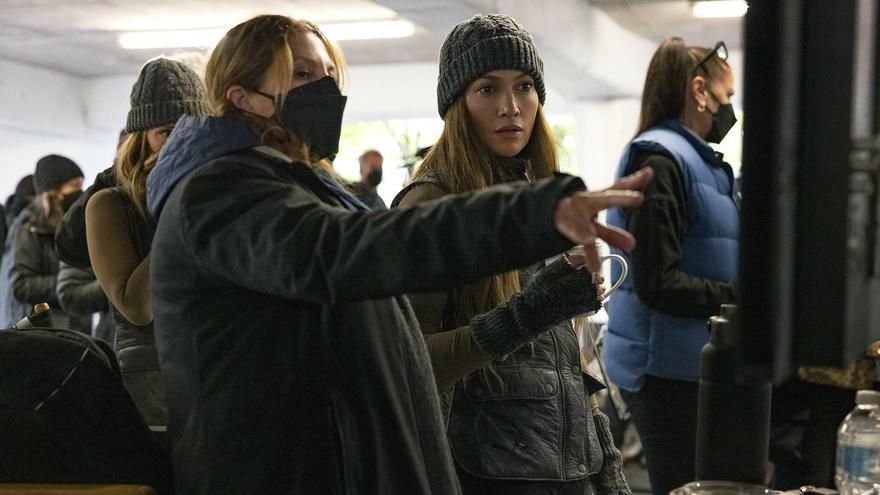 The worst of the forecasts in the epidemiological scenario in the islands has destroyed the filming plans of the great Netflix production, The Mother, starring Jennifer López, which started this week in different locations in Gran Canaria and that he has had to freeze his entire agenda in the face of a massive contagion of Covid-19 among a part of the team. Numerous sources close to the production and accommodation team reveal that many members of the team are in quarantine in their respective accommodation and that JLo, who landed on the island last Tuesday night, He's already on his way back to Los Angeles until further notice.

Thus, the filming days planned this weekend in the La Isleta neighborhood, for which the provisional transfer of the Manuel Becerra Municipal Bus stops was carried out last Friday, as well as in the Plaza de Cairasco, the Hotel Madrid, the Literary Cabinet and the Alameda de Colón, are temporarily suspended until the location of new dates by the production over the next month.

This represents very significant losses for the production teams of Netflix and the Canary Islands Sur Film, forced to to dismantle all the filming and rehearsal sets in the course of the next few days, as well as to close new agreements with hundreds of accommodations, hotels, service and transport companies, and above all, rental of villas and historic buildings for filming.

This also includes renegotiating with the establishments surrounding the filming areas, which had reached an economic agreement to close their doors during the days of filming. Specifically, several venues in the town of Vegueta, called to lower the blind during these days on the occasion of filming in the area, They have already received the notice that they can open.

This setback disarms the great expectation that this planned shoot in the heart of the capital of Gran Canaria had aroused and that was already beginning to stir the city with street blockades and slow transformations to evoke the appearance of Havana, as reflected in the script of the film.

Despite the enormous efforts of the team to fine-tune the coronavirus prevention protocols as the pandemic situation worsened on the islands - which included carrying out daily PCRs on each of the participants - containment proved impossible in the face of a team made up of hundreds of professionals in the context of the omicron expansion.

Along with López, they also make up the cast of this thriller, directed by the New Zealander Niki Caro, the actors Gael García Bernal, Joseph Fiennes, Omari Hardwick, Paul Raci, with the young Lucy Paez as López's daughter.

Total, The Mother She has only been able to shoot some scenes during three days in Gran Canaria, specifically, in the south of the island, where López herself was staying. There was also time to rehearse some action scenes on Guzmán El Bueno Street, on the San Juan cliff, with a double of the superstar and several extras, as well as in the old Ladera Alta dairy farm, in Los Giles, which began to be conditioned since last September.

But the rest of the scenes planned with the artistic cast, which was already installed in Gran Canaria, remain in quarantine, waiting for the pandemic situation to improve on the islands and for JLo to be able to get back into the skin of a hired killer, ready to travel all the arteries of Gran Canaria to save her daughter from a dangerous threat.