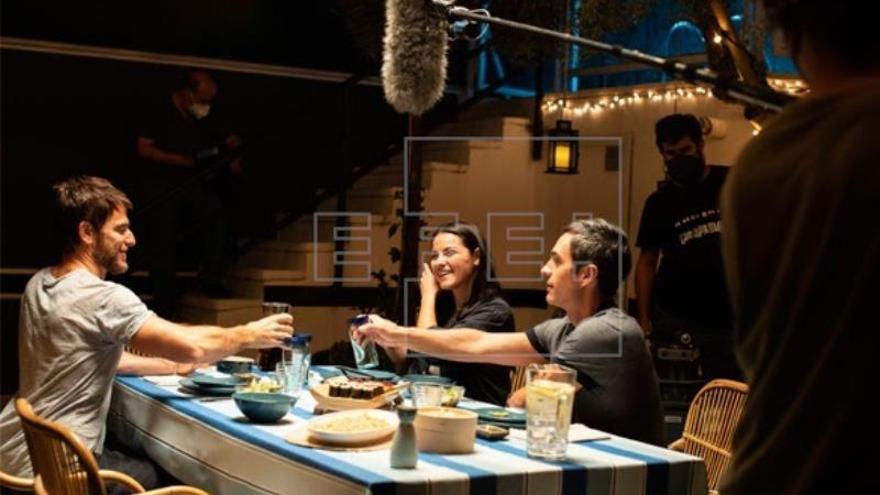 Madrid, Aug 4 (EFE) .- The stars of Mexican television Mauricio Ochmann and Maite Perroni star in Chus Gutiérrez’s emotional thriller “Without you I can’t”, a Hispano-Mexican production for Amazon Prime that will soon hit theaters in Spain from the hand of Filmax and whose first images of the shoot have already seen the light.

As advanced in a press release and in the words of its director, “Without you I can’t” is “a journey through guilt” that will reach Spanish theaters from the hand of Filmax, in a cast that also includes the actors Spaniards Alfonso Bassave and Pedro Casablanc, part of this co-production led by the Ariza brothers.

“How to manage guilt, how to forgive yourself for mistakes in order to continue living or, on the contrary, refuse to accept that every action has consequences and sooner or later, guilt comes to meet you,” explains Chus Gutiérrez (El Calentito) about the plot of the film.

Maite Perroni, known as a member of the group “RBD” from the telenovela “Rebelde”, is one of the best-known celebrities in Mexico, where she has starred in telenovelas in the country in addition to developing her solo musical career, who is accompanied by Mauricio Ochmann, known for his roles in popular soap operas such as “Azul tequila” or forays into Hollywood cinema such as “Message in a bottle.”

Rubén Ochandiano, Elena Irueta, Lucía de la Fuente and Juan Vera complete the cast of this film based on an original idea by Frank Ariza (Forgive me Lord), with a script by Ariza himself and Alicia Luna, awarded a Goya for best script for “I give you my eyes.”

“I Can’t Without You” tells the story of David, a successful businessman who lives with his boyfriend Alex, an attractive gym instructor who has always wanted to be a father. In their lives, the figure of Blanca, David’s sister, who will fight to return to their life, bursts into their lives.

Filmed in Madrid last July, the film will reach theaters throughout Spain by the hand of Filmax and later land on the Amazon Prime Video platform, where it can be enjoyed worldwide.

After some solo successes, the Ariza brothers meet again in this International co-production between Mexico and Spain, as a result of Álvaro Ariza’s production company “Esto also pasaá”, Bowfinger International Pictures (María Luisa Gutiérrez) and the Mexican SDB Films and Expansión Films Entertainment.