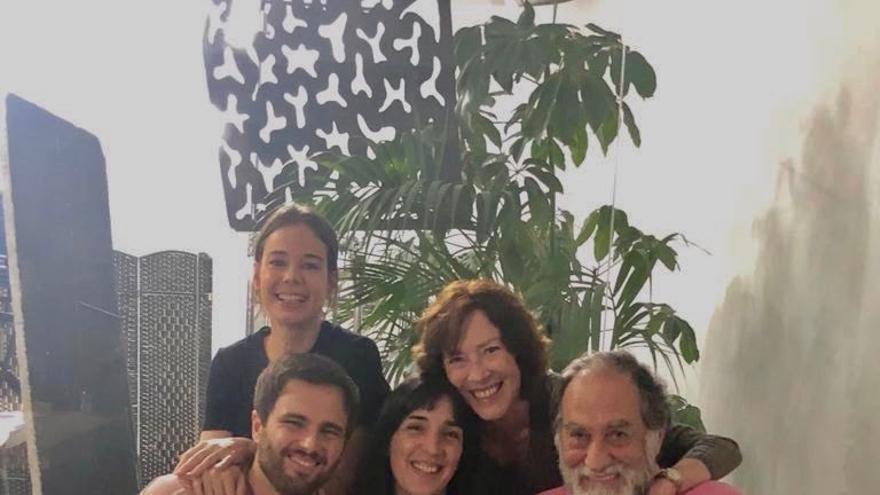 The filming, which will take place between Madrid and Vizcaya -in Mundaka and Bakio- tells the story of Amaia (Laia Costa) who has just become a mother and realizes that she does not really know how to be one. Your partner must be away for work reasons for a few weeks and decides to travel to his parents’ house, a coastal town in the Basque Country, and share the responsibility of caring for his baby for a few days.

“What Amaia does not know is that, although she is now a mother, she will not cease to be a daughter,” says the director in a note.

“If when I was in film school, they had told me that I was going to shoot my first film with my own script, produced with love and with the wonderful cast that the film has, I would not have given credit,” said Alauda Ruiz de Azúa.

She assures that the film is a haven for current mothers and a story about “who cares for whom as we grow up.”

Susi Sánchez (winner of the Goya award for “Sunday’s disease”, “The skin I live in”, “Pain and glory”, “The innocent”) plays Begoña, the mother of Amaia and Ramón Barea (“Rosa’s Wedding “,” Everyone knows “,” Faith of ETA “) to Koldo, his father. Mikel Bustamante (“La Casa de Papel” and “Maixabel”) is Javi, Amaia’s partner.

The soundtrack will be in charge of Aran Calleja, recent winner of the Goya Award for best soundtrack for “Akelarre” and Jon D. Domínguez will be the director of photography.

“Cinco lobitos” participated in the second edition of the ECAM Incubator, and won the award for the best project in the Madrileño Cinema Window.

“Cinco lobitos” is a co-production by Encanta Films, Sayaka Producciones and Buena Pinta Media, with executive production by Marisa Fdez. Armenteros, Nahikari Ipiña, Manuel Calvo and Sandra Hermida. It is financed by the ICAA, the Basque Government and the Community of Madrid, and with the participation of RTVE, EITB and Orange.