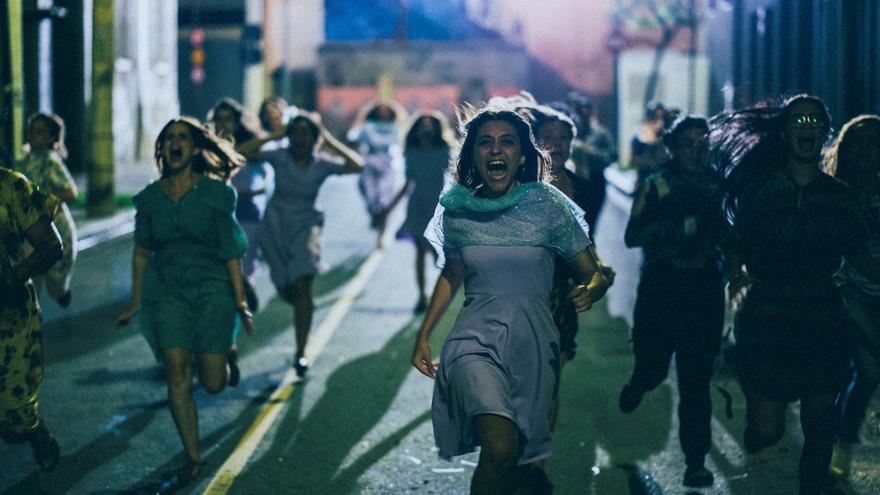 Cannes (France), Jul 12 (EFE) .- A cry of rage against the prevailing morality. A mockery against the clichés that box women. The Brazilian Anita Rocha da Silveira plays with that satiety in “Medusa”, released this Monday Cannes.

Its protagonists are a band of friends who at night act as vigilantes, covered with white masks, against promiscuous women or, in their opinion, with questionable morals. Some standards not exempt from hypocrisy that even they themselves can not meet.

The name of her film is based on the Greek myth of the same name, which turned those who stared into her eyes to stone. And, specifically, the picture that Caravaggio painted in 1597 of his decapitated head, with an expression that, according to the director, is not one of fear, but of rage.

“His cry is for liberation,” said the filmmaker on Monday, who in the feature film brings its protagonists to that same ecstasy after they have managed to break with the weight of structural machismo.

He began to write it in 2015, four years before Jair Bolsonaro came to power in Brazil, but when a growing nationalist movement was already beginning to be perceived, he highlighted a group of international media, including Efe.

The last presidential elections introduced some modification to the script, after the feeling that no one had reacted to that ultra-conservative wave that ended up installing in Brazil and other countries.

The beatings of her group of leading girls are inspired by reality, as well as the speeches of the priest who urges them to be dignified, modest and pious women, at the service of their partners.

It might seem like a dystopian movie, but those elements, he warned, are the most anchored to the current situation. The director gives them a pop aesthetic, mixing ingredients from the musical, science fiction and horror movies.

“I did not want to criticize religion, but some groups that promote machismo and homophobia and that use the Bible to spread hatred,” said the director, whose debut film, “Mate-me por favor,” was released in 2015.

“The film talks about finding freedom and finding yourself. I hope that in the end people will also want to scream,” said actress Mari Oliveira, who plays one of the main characters.

In “Medusa”, social media is an important catalyst for the messages of these defenders of morality.

The director trusts that with the new generations a social change will come, although the power of the networks increases polarization: at the same time that they eliminate prejudices with greater access to information on human rights or sexuality, they also achieve that the doctrine of the extreme right.

“Medusa” was screened at the Directors’ Fortnight, a parallel and independent section of Cannes where in 2012 he presented his short film “Os mortos vivos”.

Rocha da Silveira, 36, says she is happy in Cannes, “in this parallel universe and again in a cinema. I thought I was going to get nervous, but what I am is happy,” concludes the filmmaker, who focuses her next project in cultural and historical memory, or rather in the lack of it.