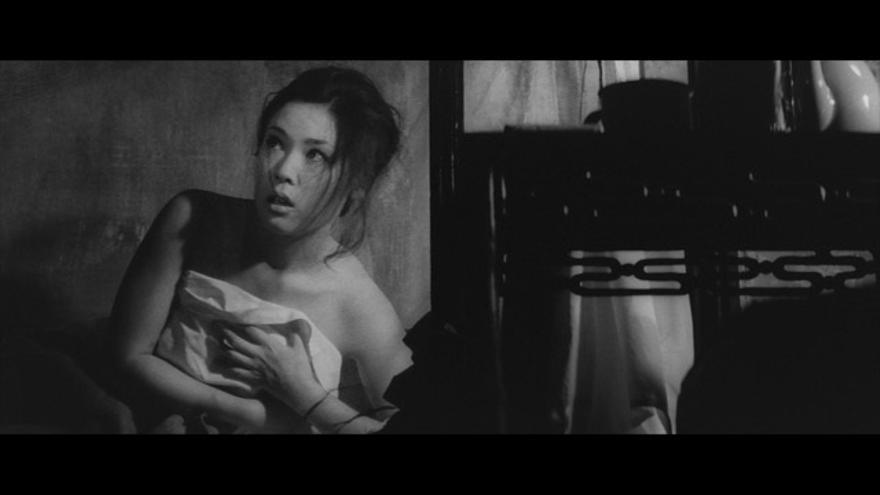 Nishi's dream, from Ayoze García González, Canarian filmmaker and journalist, is the winning title of «Correspondences»: the video essay contest launched by the Las Palmas de Gran Canaria Film Festival, on the occasion of its twentieth anniversary.

The jury, made up of the president of Vertigo Film Association, María Victoria Pérez Afonso, the filmmaker and writer Elio Quiroga and the sociologist Diego Grimaldi Rey, distinguished García's work from a total of nine selected works "for the dialogue it creates between the three films of Yasuzo Masumura, constructing an alternative narrative, as suggestive as it is disturbing ", and" through a deliberate use of the soundtrack ".

And it is that «Correspondences» posed the challenge of composing essays by reviewing the titles programmed by the Festival throughout its history. Ayoze García built Nishi's dream from The red angelby Masumura, starring Ayako Wakao. And he connected it with two titles by the same director: Manji, a tragic love story between two women, also played by Wakao, and the terrifying Blind Beast, in which the grotesque sculptures of a blind sculptor stand out. The result is an essay showing reality, dream and nightmare in an exercise that finally materializes an effective dialogue between the three starting titles.

Not without a kind of dark irony in the montage. And without ceasing to play with the viewer's own sensitivity after the pandemic, as García agrees. "probably", aim,"in fact I myself would have done something different before"And the fact is that his piece, barely five minutes long, shows the task of a nurse in a cruel epidemic of cholera, and a constant reference to human contact."The touch", adds the Canarian director,"which is something that Masumura always deals with in his films, for better and for worse, and that interests me a lot in his work"The last part of his work, with the music of the Japanese group Babymetal, adds a final atmosphere that has also contributed to the final evaluation of the essay.

Radio, cinema and books in the creative trajectory of Ayoze García

Ayoze Garcia is a journalist, filmmaker and member of the artistic collective Pestaña Cíclope. From 2010 to 2014 he directed the radio show about cinema The Magic Lantern. In 2013 he began to make short films, and in 2016 he published the book 'Ceremonies of the false', co-written with Mateo Sancho and dedicated to films Welcome Mr. Chance Y Lars and a real girl. In 2018 the Las Palmas de Gran Canaria International Film Festival premiered its appropriation half-length film Barbara Nobody, a reflection on the world of journalism with material from Frank Capra's film Juan Nobody. As an author he has participated, in total, on two occasions in the section on Canarias Cinema of the Las Palmas de Gran Canaria International Film Festival.

With the jury's decision, this Monday June 21, the Festival completes «Correspondences», a proposal that was initially planned for the development of the contest during last April. However, capacity limitations and the significant number of titles in the fixed sections of the festival forced the contest to be postponed until June 7.

In addition, of course, Nishi's dream, which, as the winning work, will be screened this Saturday June 26 at the return of «Efecto Cinema» to Cinesa El Muelle. A day, the latter, which represents the reunion of this cycle of the contest with the public, from now on with screenings on the last Saturday of the month with sessions at 6:00 p.m. and 8:30 p.m.

For the session at 6:00 p.m. this Saturday, «Efecto Cinema» has also scheduled the screening of World images and war inscription (1989, 74 min.), By the German Harun Farocki (a true cult work of non-fiction cinema and a perfect example of the use of the appropriation of images as a way of expressing reality).

Nishi's dream and Farocki's work make up the program of this first session of «Efecto Cinema». Starting at 8:30 p.m., two titles by Wong Kar-wai will be screened: The Hand (2004, 40 min.), And Fallen Angels (1995, 99 min.). The first is a piece by the Hong Kong director originally integrated into the anthology film Eros, next to The dangerous thread of things (Michelangelo Antonioni) and Balanceby Steven Soderbergh. Fallen Angels, meanwhile, portrays two love stories in the suburbs and nights of Hong Kong.

Tickets for the "Efecto Cinema" screenings can be purchased on the Cinesa website or at the Cinemas box office.