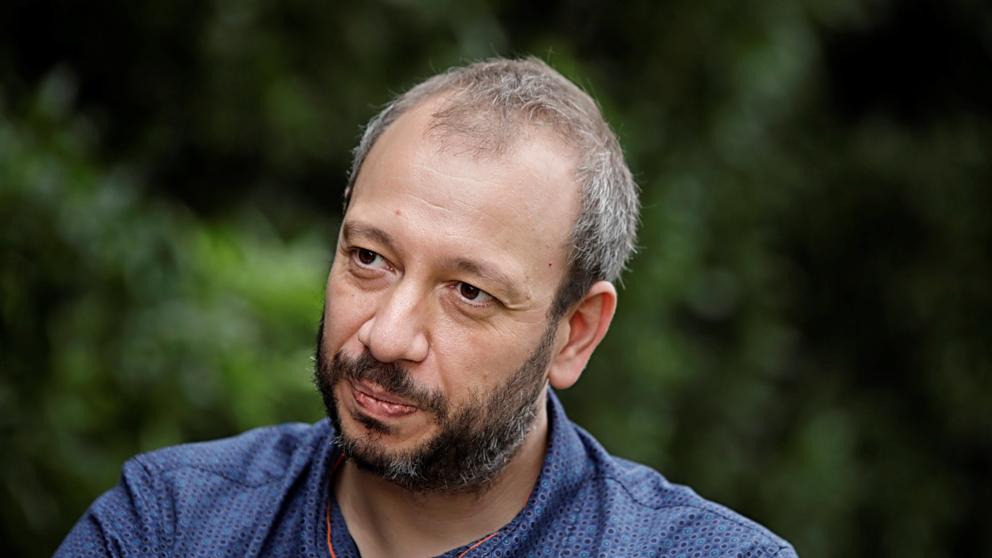 He has collected more than a hundred awards with his short films. With the last one, The corridor (2015) won among others, Goya and Gaudí. José Luis Montesinos (Tarragona, 1978) today presents his first feature film at the Sitges Fantastic Film Festival, where he competes in the official section.
Strings catches the viewer with a story of overcoming in which a young quadriplegic – a surrendered and surprising Paula del Río – is trapped at home with a rabid dog. The movie will hit theaters in January.

Its protagonist says that there are two tragedies in life: not getting what you want and getting it. Do you have what you wanted with Strings?

He wants me to apply my own medicine … On the one hand, I am very happy and proud because we have made a very difficult film, because of the kind of story and the complexity of shooting with animals and with a protagonist with reduced mobility. With the tools we had, I got what I wanted. What I didn't know is that it was going to cost so much. He has had parts of martyrdom, but I think they are in any movie and it is in the game that I wanted to participate. A filmmaker has to be sick by this profession but it is practically impossible to move forward.

In the time of superheroes you choose survivors.

In all the short films that I have had the fortune of directing, I have always talked about characters who get ahead of complicated situations based on their common skills. I always say that they are not superheroes but they use the best they have on hand to overcome. In Strings We take it to the extreme. It was very difficult for Elena … she can only move one arm but she can pull forward.

Does the fight to survive make us better people?

Always. From survival we get our best person. When we overcome very difficult situations we rethink life in another way and it seems to me that it is a very interesting point, both in the film and in life. It was the most interesting point of the script.

What was the starting point of the story?

The idea of ​​someone with paralysis trapped in a house seemed interesting to Iakes Blesa, the screenwriter, and me. We had a time in a drawer and three and a half years ago we started working on it.

Win the Goya in 2015, among many other awards, with the short film The corridorDid it help to push the project forward?

It helped because it was a catapult. The first thing that came out was the grant from the Ministry of Culture, which is very difficult because we are many colleagues with raw operas that we compete, and my curriculum was reinforced with the awards. But we thought it would be easy later and we also lived our own Strings To get to the end

Do youStrings Is it a horror story?

It has dyes of terror but I define it as survival cinema.

Do you think the fantastic genre is more transgressive?

For me the fantastic is a tool to explain a story that interests me. The best way to convey the anguish was to use this genre. It is my first time, I come from dramas even with social criticism or comedy, although always trying characters that fight for survival.

How did filming condition the role of the dog?

Rolling with animals is very complex and we had to plan a lot. The dog had a great time, for him it was a game and no animals suffered during filming but there was a lot of training and many trials. With animals we couldn't make many shots. In the complicated had to go to the first.

Did you want the viewer to identify with Elena?

Our goal was for the viewer to empathize, enter and believe the story. That could have happened to me. Upon entering the viewer has a hard time but also that point of release. With the producer we said that if a single spectator leaves the cinema thinking that if that girl can get ahead with what has happened, I can with my problem, it would be wonderful. Objective achieved

Although the protagonist is left alone …

Yes, because he has fought. We all deserve at least to have our fighting opportunity, I have had it with the movie and I think the protagonist also transmits it. Elena has one of the most powerful curves she can have in the cinema. It begins with an important trauma and without desire to live and ends up fighting for the opposite, to survive. It seems to me that there can be no real reality more intense and intense than this in a character.

A challenge for the actress, Paula del Río. How did they prepare the paper?

Paula is brutal. I think he is not aware of what he has done. When he filmed he was 18 years old. He was practicing for several weeks with the wheelchair. We consulted at the Guttmann clinic because we wanted realism. We didn't want anything that happened to get us out of that truth we were looking for. She is a nerve and there were hard days, but we all learned. Working with the actors is what I like most. That is why this film has been a double challenge: With the actors and at the narrative and visual level. Being a genre, we have worked a lot on photography, how to move the camera, music, silences … Everything to create that tension and that atmosphere we were looking for.

Did you find it hard to find the Elena you were looking for?

The casting was difficult. At first we were looking for someone older, but Paula came and did a test that took our soul and could with everything. He convinced the producers, me and everyone. He took out the beast inside, it was amazing and we decided to bet on it and adapt the script.

Six short archipremiados and this movie in 17 years. At this time has your vision of cinema changed a lot?

You always evolve. The short film is a format in itself, I have long stopped believing that it is a trampoline, but it helps you to learn. You don't spend so much money and the goal is short term. At the financing level, the film is much more complex. In this case the story we had was to make it long. Each story has its duration.

What movies was set for Strings?

In the narrative side we look for structures of characters that have traumas and that overcome them throughout history, such as the character of Sandra Bullock in Gravity. They had space junk and we a dog with rage. And in the visual theme we had references as Alone in the dark, and the universe of Stepehn King, which is also very present. I have always liked the originality of his proposals and I believe that our film has an originality in proposal and the very claustrophobic and domestic terror environment that the King universe can have.

Will you continue with the fantastic?

I do not rule out or continue or change. Fortunately I have seen a lot of cinema, I have references that come to you unconsciously.

And what will be next?

Now I have two projects in cutting and sewing … A film that I have always pursued and that I want to shoot is called Deciduous, is a thriller. And then, another that is an adaptation of a book that has me very excited The seller of time, a movie that is crazy, a social criticism of our day and would be framed in the genre even of action. We are also working on a series that is going to start moving shortly at the funding level. As a director you have to diversify because you never know what projects are going to come out.

The city of ‘pescaíto’ and the ‘goyas’ | Culture