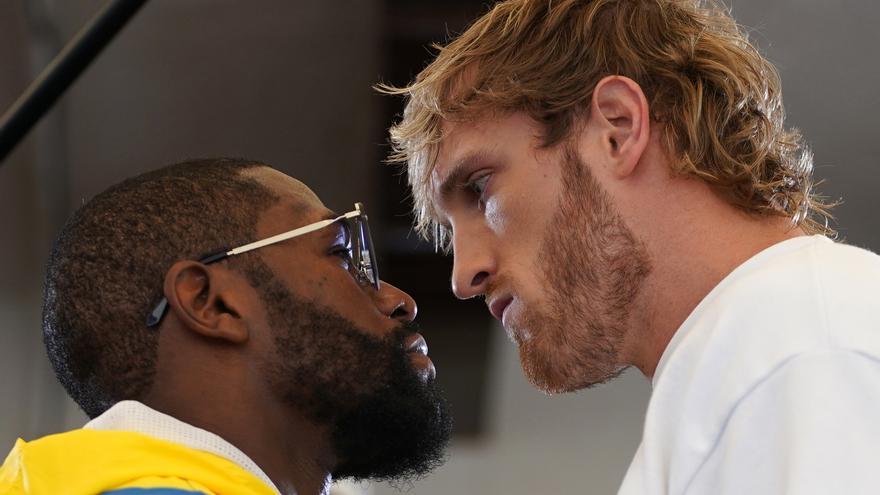 The show that will star tomorrow, Sunday, the former undefeated champion the American Floyd Maywather Jr. and the YouTuber Logan Paul, It has raised a great controversy among sport purists, who reject the idea and describe this type of event as the death of boxing.

Their argument is that they consider that this type of event only damages the image of that sport, and that they only meet the expectations of both participants of obtaining large economic bags, without any type of sports contribution, in addition to fool the fans.

The show will take place on Sunday at the Hard Rock Stadium in Miami Gardens (Florida), the home field of the Miami Dolphins of the National Football League (NFL).

Mayweather Jr., a 44-year-old retired fighter, will step into the ring to face the popular YouTuber, 26, which, critics say, is not an ideal representation of boxing but a buffoon, a product of the new "junk culture" that is consumed daily through social networks.

But the show will bring together in the ring two popular and entertaining personalities, who have millions of followers in the social media, which practically guarantees a financially successful pay-per-view.

It is clear that the show will have little boxing, because if Mayweather Jr. used only a minimum of his skills, he could defeat Paul in less than one episode and even put his physical integrity in danger for the rest of his life.

The above means that it will be all a "montage" and "farce" that the Florida state sports authorities will allow, which also makes them directly responsible for the deception of fans and consumers who must be protected by law.

Mayweather Jr. went 50-0 as a professional boxer, so it's no secret they both put on the show just for money, and that in just 24 minutes in the ring they will earn millions of dollars.

Another section that will also be full of obscurantism and that it will be not very transparent and in which the authorities would have to intervene.

Mayweather Jr. is the best-selling and most polarizing boxer of this generation. Paul and his younger brother, fellow boxer Jake Paul, They attract a new massive audience of Gen Z viewers and social media viewers due to their large following.

Both sides attract attention and that is all that promoters need to mount the event, even if they use the name of boxing knowing that the damage they do to the image of sport is irreparable.