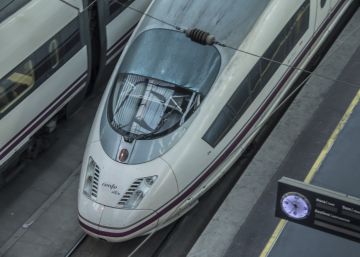 The evolution of climate change to emergency is not only a nominal issue, but a social alert to maintain the sustainability of the planet. We are all called to contribute in one way or another. The railway sector has not wanted to look away. Renfe, with the approval of its Master Plan to Combat Climate Change until 2030, has done its part for the Earth to contain its deterioration. According to his calculations, in the next decade he will reduce the effects of greenhouse gases and part of energy consumption by 10 million tons. All to prevent the increase in the global average temperature exceeding two degrees compared to pre-industrial levels.

The strategic lines that define the Plan are energy management, energy efficiency, decarbonization and a culture of awareness. A total of 20 measures and 76 projects that will save more than 250 million euros in environmental bills. “We have very ambitious goals. Regarding the reduction of emissions, the idea is that, at the end of the Plan, we have lowered the emissions in a figure comparable to the emissions that are made throughout the Community of Madrid for a year ”, says Isaías Táboas, president of Renfe Operadora , while adding that the company calculates to attract a total of six million passengers to the railroad per year from other ways, such as road and plane transport.

The new Plan continues to be the extension of the organization's commitment to sustainability. According to its own calculations, since 1990 it has reduced the carbon footprint by 56% due to previous efficiency plans. Clean energies are also an obsession. Precisely, the acquisition of green electricity is another of the commitments acquired. The objective is to reach seven tons less of carbon dioxide emissions in the next 10 years. "The railway is by far the least emitting mode with respect to the road and aviation, hence the modal shift towards trains is one of the general objectives of these actions," argue from Renfe.

The sensitization will not only be carried out indoors. For a few months, AVE and Avant travelers will be able to know their carbon footprint on the tickets they buy. Moreover, they will have the possibility to compare this figure with the emissions for the same journey by car and plane. Each traveler's carbon dioxide emissions will appear on the final purchase screen, as well as in the confirmation email. This information, they assure from the company, will be implemented progressively in the rest of the services, although without providing a specific date. However small the distance traveled, the help to the environment will always be reflected.

The data used to calculate this carbon footprint comes from the Ecopassenger tool of the International Railroad Union. It has a solid methodology that combines operational and energy information on each of the railway operators endorsed by the Italian Foundation for Sustainable Development, as well as derived emissions data for all modes of transport calculated by the German Institute for Environment and Energy . These simple numbers are a useful tool for each user to be aware of what their green impact is and can learn what is the most sustainable method of transport. What made no sense was to leave a topic of such depth as the protection of the planet out of the rail business.

The next decade will determine if the Renfe Plan meets the ambition demonstrated in its strategy. The first steps have been in force for almost two years, but the process is called to accelerate. The keys and actions are put in white on black. The climatic emergency has decided to get on the train before passing by the sustainability station. As in any long-term strategy, the grades will reach the end of the course. It appears on a horizon as far away as 2030, although the time to assess the impact of the Plan will be little more than daily, even to increase or redirect ambition. Just wait to see how far this green trip leads.

Cyber ​​attacks on Spain are triggered by the coronavirus vaccine