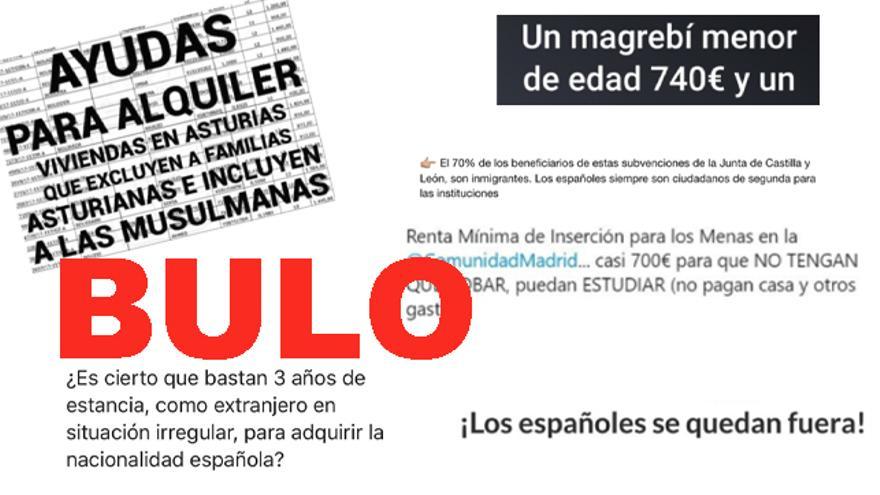 The publication in the BOE of November 5, a so-called “procedure for action against disinformation” and the corresponding “permanent commission”, approved by the National Security Council and coordinated by the Secretary of State for Communication (led by the disturbing Iván Redondo), has raised a wave of comments and criticism from the media, columnists and the opposition. Even knowing that this ministerial order (Presidency) corresponded to documents inspired by the European Council and Commission, especially the Action Plan to combat disinformation (COM (2018) 236) that urges governments to take urgent measures in that regard. In the field and to coordinate their actions on a European scale, the alarm was justified by the ambiguity of the definitions used, their accumulation of “competent public authorities” and their weak appeal to social participation, as possible threats to the eternal censorship impulse of governments.

The reaction of the right-wing opposition has focused on accusing the government of wanting to establish an Orwellian “Ministry of Truth”, attacking head-on freedom of expression. A paradoxical position for a PP that had adopted similar provisions in 2018 without any publicity but, above all, put into effect the so-called “Gag Law” since July 2015, causing what Amnesty International described as a “serious setback” of the freedom of expression, putting more than 74,000 sanctions imposed until the end of 2017 against social protests and, in many cases, against information or journalistic or artistic expressions. Regarding Vox, its veto strategy and threats to journalists and the media, along with its role in the massive dissemination of hoaxes and fake news, make it difficult to believe their anger at the danger of official censorship.

For the rest, the most frequent responses in the media have been divided between those who consider that, even if the problem exists, it is better to let it be because it is on a “slippery” ground, and those who refer to the self-regulation of Internet platforms that they would already be in the process of warding off the danger.

In front of the first position, there is the general consensus of States and developed countries, from America (with the safeguard of the sanctification of the first amendment in the USA) to Europe or Oceania, with numerous national laws already in force. By reference to our context, the EU has drawn attention since 2015 at least to one threat that goes far beyond the fake news, in a concept of widespread and viralized disinformation by digital networks and devices, which he defines as “verifiably false or misleading information that is created, presented and disclosed for profit or to deliberately deceive the population and that may cause public harm” .

Academic research and the parliamentary spheres have also claimed in recent years the effects of this wave, even before reaching its maximum levels with the so-called infodemic, a disinformation pandemic that threatens at the same time the collective health and the democracy. Thus, prominent British researchers such as Robin Mansell and Sonia Livingstone, pointed out in a recent London School of Economics study, “Tackling the Information Crisis” (2019), the “five evil giants” that accumulated in our time: confusion, cynicism, fragmentation, irresponsibility and apathy; and they called for an immediate institutional reaction: “The time for decisive action to end the information crisis is now.”

But the proposals for the large Internet platforms to defend us from disinformation are even more controversial than government action, because although received according to benefit one or the other, they turn these business behemoths into general censors, in gatekeepers to whom governments happily delegate the power of social diagnosis of truth and lies, renouncing their responsibility to defend pluralism.

Confidence in self-regulation, centered on algorithms, increases these polarizations and the deviations of power that it causes, aggravated in times of pandemic with the general withdrawal of the human factor in charge of qualifying those censorship controls, and always subject to the commercial pressure of its huge usual benefits. In this way, we celebrate the attitude of Facebook, Twitter or Google labeling Donald Trump and his lies or of the CNN and Fox networks silencing him in their tortuous accusations of electoral fraud (the latter after four years of celebrating and amplifying their “truth” parallel), but academic research has revealed that algorithms often benefit racist messages compared to anti-racists, sexists, xenophobes or homophobes compared to humanists and egalitarians, who use languages ​​that are usually more vindictive and aggressive, less “correct” politically.

An emblematic European body such as the OSCE (Organization for Security and European Cooperation), of the Council of Europe, commissioned by the EU to monitor the independence of the European public service broadcasting, has thus proclaimed its concern about the use of Artificial Intelligence on freedom of expression and its gradual establishment of platforms as “guardians of information”, which according to the UN rapporteur. Philip Alstom, operate in a “free zone of human rights”. As Edward Snowden said in a memorable interview in elDiario.esThe “new sheriffs” of global information were being configured in this way.

How to ward off this increasingly multifaceted and dangerous threat of misinformation? (foreign interference, electoral distortions, promotion of terrorism, hate speech, planned discredit of democratic institutions). From international organizations, parliaments and academic media, sensible proposals are beginning to emerge that go in the direction of comprehensive, international and national action, capable of combining state regulation with co-regulation, the closed defense of freedom of expression – and innovation and competition so scarce in radio television or even worse on the Internet (“the winners takes all” or “most”) – with the protection of citizens from systematic information manipulation, with special attention to the most discriminated social sectors or vulnerable.

A policy known as “smart regulation” (Michéle Bachelet, David Kaye, UN), based on principles of legality, necessity, legitimacy and transparency, and on international human rights regulations. On the basis of codes of good practices required for the platforms, with the participation of the communication industry and civil society, independent organizations would coordinate the action against disinformation that would lead in their borderline cases before the judges. In addition, and in the medium term, there is a need for massive media literacy, increased research, development of “fast checks” that discover and denounce false campaigns, reinforced synergies between the “stakeholders” involved.

The ERGA or European Association of Independent Communication Regulators already works closely with European authorities in this task. The French government has delegated growing powers from the “Loi Infox” of 2018 to the CSA (Conseil National de l´Audiovisuel) of accredited independence, and in similar terms the British executive has entrusted new responsibilities to OFCOM, a joint body between the audiovisual and telecommunications, but with a strong and independent branch on social communication.

But what to do in Spain, the only OECD and EU country that lacks an independent and specialized authority in mass communication? Unanimously claimed by the Senate in 1995, demanded in the Report for the reform of the public media of 2005, provided immediately in the RTVE Law of 2006 and in the general audiovisual of 2010, the State Council of Audiovisual Media is a case of manual of a demand of the opposition that disappears in the Government, “captured” by the dynamics of the power. The Rajoy government eliminated it under the pretext of saving and subsumed it in a truly Frankenstein which regulates very different sectors (electricity, gas, telecommunications, transport, postal services, radio television …), under the cloak of market competition (CNMC). But their autonomy from the parties and their independence from governments have been very relative since 2013, with very few advisers with audiovisual experience and a notable structural impotence to deal with pluralism (for example in the reports on RTVE) that is not precisely equal to commercial competition.

This fear of the Spanish governments to support “quasi non” governmental organizations now makes the fight against misinformation difficult, and increases the authoritarian temptations of this and other future governments. We thus place ourselves between the sword of manipulation and the wall of censorship.

Two years after the Anti-Pederasty Summit, the Spanish Church continues to refuse to carry out a study on abuse