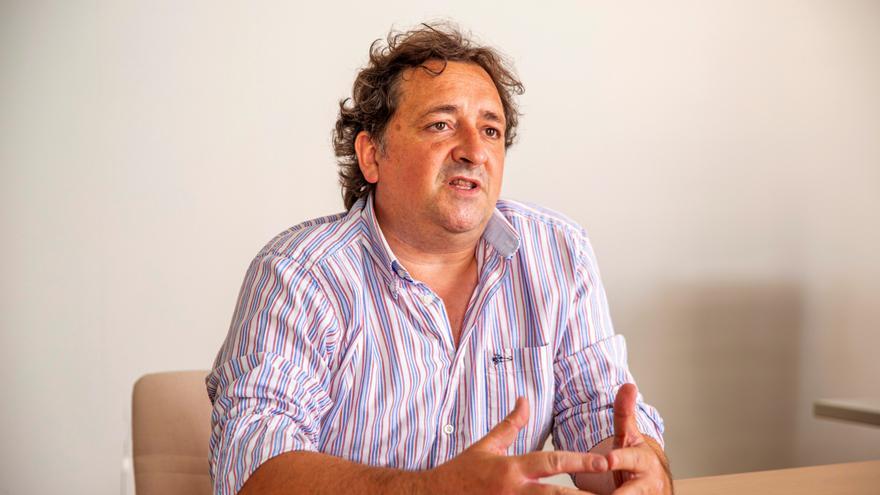 Vitoria, Jul 4 (EFE) .- The president of the Vitoria Jazz Festival, Iñigo Zárate, assures that this new edition that returns after last year’s cancellation by the covid, “is a great photograph of current jazz, of which it is listened to in clubs “and clarifies that” although there are no media superstars, they are musical stars. ”

The Vitorian analyzes in an interview with Efe the ins and outs of a contest that changes the scene and will be held at the Iradier Arena, a multipurpose space adapted to this time of pandemic to host cultural events, although the organization intends to return to Mendizorroza , your usual scenario.

The Iradier Arena currently has 600 seats for this edition, although the president reveals that it could reach up to 1,000 spectators if there is time to relocate seats and expand the capacity.

If the Festival itself generates a special expectation among the members of the association who work throughout the year to shape the programming, the situation generated by covid-19 has generated “a kind of stage fright” before the start. “This year will be different,” assumes Iñigo Zárate, adding that it can be bought on the premises, but it should be consumed sitting down.

Precisely the poster for this edition, which takes place from July 14 to 18, is conditioned by a considerable reduction in the budget that has been reduced to “less than half a normal year” and will be around 350,000 euros.

The organization is already looking for new sources of funding. In fact, it was one of the objectives since the new board of directors entered in 2019, but there has hardly been time to make a move in this area. “We have many fronts open to improve the festival,” he says.

Iñigo Zárate considers himself a jazz “geek” and that is why he thinks that he would not have gotten off the ship even if he had been warned of all the problems he was going to have, especially because of the coronavirus.

“If this has been a challenge for families, in mass events it is almost heroic to get something done right now,” says the president, satisfied with the rate of ticket sales, although he acknowledges not having a specific reference for being an edition special. He also understands that “people are afraid” to go to this type of event.

Obviously, the poster starts from the limitations of the pandemic and a lower budget with which they have played to complete “a very balanced poster with a good photograph of current jazz, of what is happening and is heard in the clubs” and that will have international, national and local representation.

Zárate reviews all the programming but pays attention to the trio of guitarist Mary Halvorson; in Antonio Sánchez and his quartet with Donny McCaslin, Miguel Zenón and Scott Colley and in Anne Paceo, who will participate in a climax with percussion as the protagonist.

It also highlights the winners of the Jazz Letter One Rising Stars Award of the last two years and does not want to forget the local bet. “The mornings are aimed at people from home and different schools are represented, very powerful that bring out musicians with an incredible level from a very young age”.

Among its objectives is to attract new audiences and in this edition it will try especially with Dora Postigo: “She has many young followers, jazz training and can be a good gateway for this audience to be able to listen to jazz through someone you know ”.

And it is that the public of the Festival of Jazz of Vitoria is very varied. “There is everything, very audiophile and music-loving people who know a lot and people who are going to have a good time and who need no further excuse”, highlights Zárate proudly, who is open to listening to proposals from the public as was done last year with a survey in which more than 600 subscribers participated.

But there are still “many objectives to be met, from the type of programming to new audiences,” concludes the president of an “exceptional festival for an exceptional moment.”

Tags: Current, festival, it will be, jazz, photography, President, Vitoria