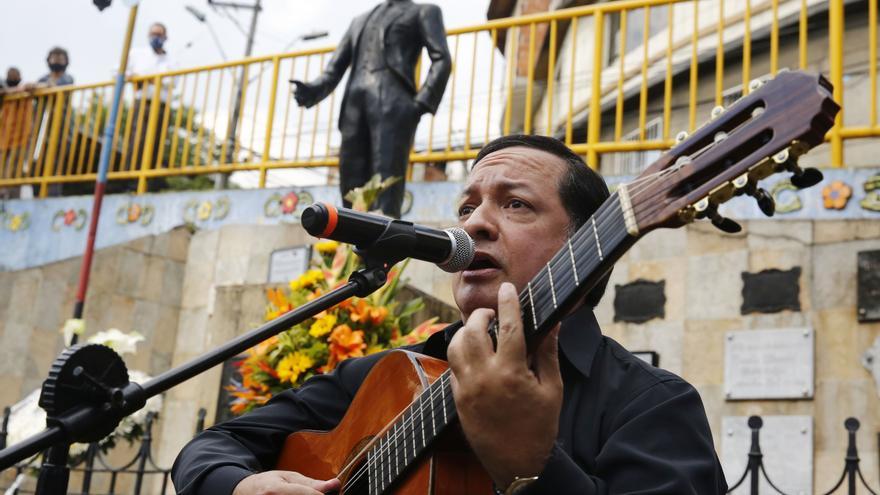 Medellín (Colombia), Jun 24 (EFE) .- The followers of the tango legend Carlos Gardel embarked with their idol on an imaginary journey that ended in the most tango avenue of the Colombian city of Medellín, where with a tribute to " Zorzal Criollo ", on the 86th anniversary of his death, the XV International Tango Festival (Festitango) began this Thursday.

A few meters from the Gardeliana House Museum, another of the places of worship in this Colombian city, a group of followers recalled the day when "man dies and myth is born."

Gardel died in a plane crash on June 24, 1935 in Medellín, after the aircraft in which he was traveling with members of his orchestra crashed during takeoff maneuvers at the Las Playas airport, now Olaya Herrera.

The usual ritual of imposing flowers on the statue of the legendary singer, raised in his honor 56 years ago in the Manrique neighborhood of the capital of the department of Antioquia, changed its course when the lawyer and tango singer Rafael Atehortúa took the microphone to make an invitation. to the public.

"I want us to start dreaming and imagine that our beloved idol arrived in Medellín this morning and that we are going to accompany him to his home: 45th Street, in Manrique, where all his friends and tango lovers are," he said. follower.

That imaginary journey, which began at the airport where the "Zorzal Criollo" lost his life 86 years ago, was enlivened by the singer Eduardo Román and the bandoneonist Marco Quiroz, who began with the tangos "Melodía de Arrabal" and "Farolito de Papel ", while they spontaneously joined and recorded the presentation on the street with their phones.

The idea of ​​recreating that visit, with memorable seasons, allowed Gardel to return in a symbolic way to the neighborhood that "loves him so much, to the most tango neighborhood of the neighborhoods", after having missed the appointment the previous year due to the confinement that Medellín faced contain the covid-19 pandemic.

"Being in this place again is very important for us, it's like singing 'Volver'. Last year we couldn't come and it was very sad, but today we are here," Gloria, the president of the Gardeliana Association of Colombia, told Efe. Frank.

He warned that for the future "it does not matter if it rains or if there are no people, we will be here with the wreath for our idol", which also received applause and ovations from almost a hundred people, in an emotional closing precisely to the rhythm of " Return".

In front of the 18 plaques that pay tribute in this monument to the immortal "Carlitos", this time the children from the seedbed of the Casa Gardeliana Museum could not dance. The pandemic affected the flow of visitors, suffered income and stopped classes.

El Festitango, which in this edition pays tribute to Astor Piazzolla and Carlos Gardel, opened its programming with a hybrid format - face-to-face and virtual - which marks the return of the public and live shows to the city, including a concert with the Argentine bandoneonist Lautaro Greco in Plaza Gardel.