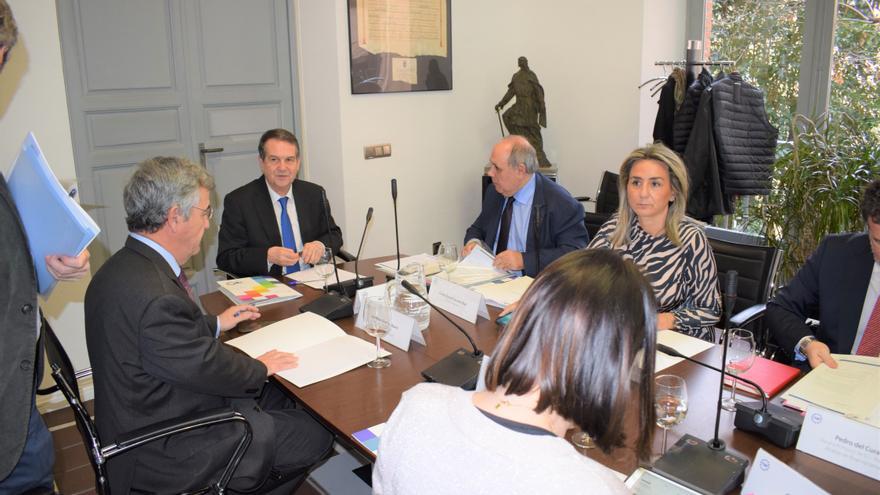 The Spanish Federation of Municipalities and Provinces (FEMP) has postponed the meeting of its Governing Board, scheduled for this afternoon, next week with the aim of continuing to study and negotiate with the Ministry of Finance the use of the surplus and the remnants by local entities, As announced this week elDiario.es.

The president of the FEMP and mayor of Vigo, Abel Caballero, had called his Governing Board for this Friday at 6:00 p.m. to address the proposal of the ministry of María Jesús Montero. However, the municipal group has reported that this call is postponed to the following week to continue studying the central executive’s approach.

The Ministry of María Jesús Montero sent to the FEMP a draft with the proposal to give a solution to the problem of the savings of the municipalities. As it appears from this document, to which Europa Press has had access, the local entities with surplus have to lend it to the State, which then returns it as non-financial income.

In this way, the Government intends for the municipalities to lend their savings to the public coffers and then it would be returned to them through two revenues in 2020 and 2021 of € 5 billion. The rest is kept by the Treasury and will be reimbursed within ten years.

This is a proposal that the Treasury has transferred to the FEMP, and that has yet to be defined. The president of the municipal group, Abel Caballero, assured this Wednesday that negotiations with Montero “are advanced” but the federation has not yet closed them.

For this reason, Caballero, who has been negotiating with Montero for the last few dates, has finally decided to postpone the meeting of his Governing Board with the aim of continuing to study these proposals to outline a common response. Different political sensitivities are represented in this body of the FEMP, who have complained about this proposal.

This has been the case of the PP and Unidas Podemos, which have shown their frontal rejection of the Treasury’s approach, although they acknowledge that they only know the proposal due to what has been published in the media. In the case of Unidas Podemos, they have also required the FEMP to convene the Finance and Financing Commission before deciding on the Ministry’s proposal.

For their part, some mayors of the PSOE such as Caballero himself or the first mayor of Valladolid, Óscar Puente, had demanded that the chief executive, Pedro Sánchez, find a way out of the surplus problem. Of course, the socialists have not yet ruled on this latest government proposal, which will be discussed at the next Governing Board.