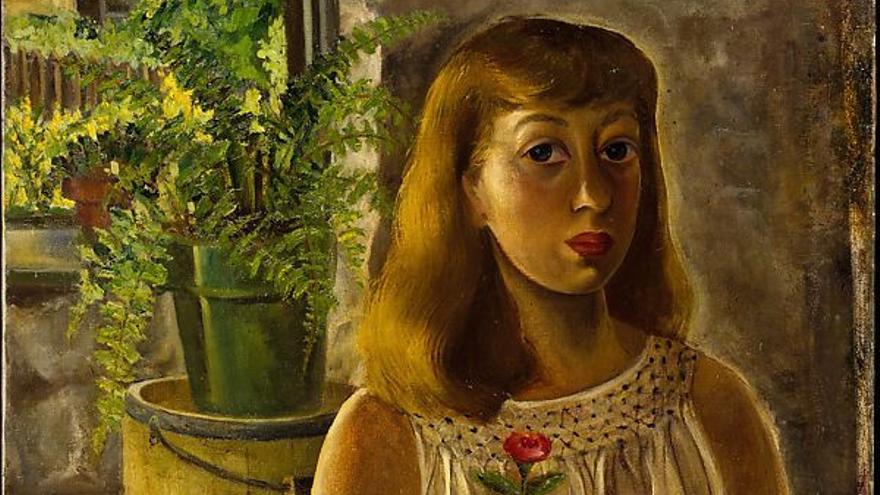 Some years ago the art historian Linda Nochlin ironically wondered why there had not been undisputed “genius” female artists throughout history. She herself answered that the wrong questions were being asked. His article took a turn that rethought historiography by also considering the social or economic aspects that are part of the creation of a work. Who sponsored the artists, or what was the role of academies and institutions? To become someone in painting, it was mandatory to master the drawing of the human body: its dimensions, its folds and its shape. That apprenticeship went through taking anatomy classes to which most women never had access. Nochlin’s was a pioneering text that questioned the canonical discourses built under the cover of the myth of the exceptional genius.

In its Self-portrait with easel From 1556, Sofonisba Anguissola painted herself as the ultimate expression of the chaste woman, dressed modestly while painting the Virgin Mary and Christ. Anguissola does not shy away from the one who looks at her, she solemnly returns the gaze. Anguissola decided to represent himself with the tools associated with his trade, something unusual for his time. Inserting himself into the painting was a way of making his invisibility as an artist visible.

Artemisa Gentileschi went one step further during the 17th century. Not only was it painted, it became the allegory of the painting itself. In the painting, he demonstrated his great gifts to represent himself in foreshortening, mastering not only the technique, but also what he wanted to say. In a world that decided to ignore her, she painted herself giving flesh to painting in a masterful way.

During the 18th century, academies began to accept female students and one of those privileged female students was Adelaide Labille-Guiard, who also painted her Self-portrait with two female students. Dressed in the typical clothes of the time and a series of romantic details, her desire to be inserted in the long tradition of painters who claim their place in the History of Art is perceived. This painting challenges the viewer by presenting her professional skills alongside the adornments associated with femininity. By representing herself with two female students, Labille-Guiard also declared her solidarity with other female artists and her important role as a mentor.

It was the artists of the 19th and 20th centuries who saw how academies were opening for them very slowly, and once the inequality of conditions to start painting was overcome, they had to face other situations that often made them develop what they wanted. historiography has long described it as “a minor career.” The trajectory of many artists was cut short after getting married, as was the case with Marie Bracquemond, who was forced by her husband to abandon the brushes. Others were overshadowed by their romantic partners, they lost their status as artists and were relegated to be muses. Looked at, but not seen, often behind the so-called muses there were women who developed their own pictorial language such as Jeanne Hébuterne, Camille Claudel, Gabriele Münter and already in the 20th century, Lee Krasner or Elaine de Kooning.

On The study by Marie Bashkirtseff, the Russian artist represents a group of female painters in a nature drawing class, while a young man, half-naked, models. Even in the 19th century women were not allowed to paint completely nude models. Bashkirtseff shows this group of women painting hard and questions the prevailing status quo while demanding greater visibility for their peers. Already in the 20th century, the British painter Laura Knight was a pioneer when she represented herself painting a nude model, the also artist, Ella Naper. With this canvas, the female nude and the concept of the muse are no longer associated with the male gaze. The bodies are no longer sexualized, as both are inserted into the canvases, the relationship between the represented bodies becomes a relationship of equals.

It is impossible to forget the way in which the painter Loïs Mailou Jones represents herself in Self-portrait of 1940. In her way of understanding the self-portrait, Mailou Jones immortalizes herself with the brushes, proudly declaring that she is a black artist. Behind her two African sculptures flank her that claim the debt with the black artists who preceded her. But Claude Cahun in the 30s and Cindy Sherman from the 70s to the present were also pioneers, both made the self-portrait the maximum expression of their work. The first explored in her work the idea of ​​creating an identity as opposed to a fixed gender role. Their self-portraits are critical for the way they challenged gender norms. Sherman also makes fun of gender stereotypes and American clichés. Abstract art has also allowed artists to consolidate their place in the world and in the art world. While Yayoi Kusama is best known for her polka dot infinity explorations, she has also applied pointillism to her own face. In her 2010 self-portrait, she seems to convey the idea that she is one more in the wake of so many artists who preceded her, her painting of dots in yellow and purple patterns seems to indicate that Kusama sees herself as one more in the world. world and in the world of art that surrounds it.

Looking at their own body and their own face, some women managed to make a place for themselves in the History of painting. In Seeing Ourselves: Women’s Self Portraits, British historian Frances Borzello analyzed the history of women’s self-portraits over time. In the book he pointed out the capital importance of this genre that allowed the painters to show their own history for public consumption. An unprecedented break for the artists, as they went from being objects for the first time to being subjects that controlled the story.