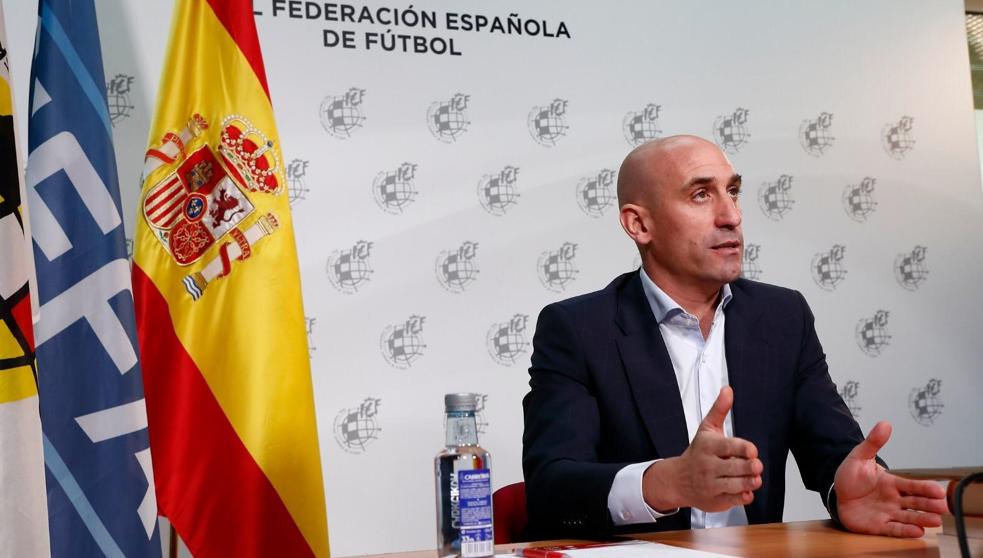 The Spanish Football Federation This morning he presented a package of new measures to help football and contribute financially in the fight against the coronavirus pandemic. At a telematic press conference, Luis Rubiales announced that the Federation is up to date in the payment of subsidies in March and April, which will advance four million to non-professional clubs so that they can pay the salaries of the players and coaches, and also proposes negotiate a credit line for 500 million for the First and the Second.

Rubiales did not want to put a deadline to return to the competition. “We do not have a deadline to play again”, he said in an appearance in which he was not very optimistic either: “I see practically impossible as others say (he was referring to the League and its president, Javier Tebas), to be able to start playing beginnings of May. We don’t like playing fortune tellers and now is not the time to make calendars. We don’t set a date to play again. The date is for this battle to win the pandemic. ”


No to matches every 48 hours

“There is no need to squeeze the players”


The president is about to finish the competition, but without speeding up its end. “You don’t have to squeeze the players. Those of us who have played football know that playing every 48 hours is inhumane. There are two ways: try to start as it is and at all costs, which is not our option, or put health first. If we take part in the following season, we are going to lose money, and that is why we offer an economic plan, which includes a loan with the guarantee of the rights of professional clubs, ”said Rubiales.

The Federation is concerned with the possibility of ERTES in soccer. Rubiales understands that “ERTES are more a matter for employers and unions than for the Federation. What I trust is that what is done is with the utmost precision. The Federation complies with the income, and this is a difference with professional soccer, which lives a lot on television ”.

The end of the league

At the press conference the issue of the termination of the footballers’ contracts as of June 30 also came up. There Rubiales was very clear: “We contemplate that the season goes beyond June 30. Our idea is that you have to end with the same rules that you started with. That what is gained or lost is in the field. And UEFA is in our same position. It could be logical that contracts be extended, but if the market is opened, it will be open to everyone, so that everyone is on equal terms. ”

Regarding the Cup final, Rubiales decided to always play with the public, regardless of the date: “The Cup, both the King’s and Queen’s, is to be played with the public. That is our idea, but we do not control all the factors. We do not know what the authorities will say, but we chose to play both finals with the public. Out of respect for all the teams that have participated, the finalists and their hobbies ”.

To the question of what will happen if once the competition begins there are outbreaks of the epidemic, Rubiales did not know very well what to answer: “There are no answers to know what will happen when we return, if there are infections, if we have to repeat the quarantine in a team … all of this worries us a lot. So we have ordered a medical report. The statistics change every day, and now we are in a very bad moment, of growth of the pandemic. This now requires a lot of calm and sending a message of hope and unity. “

Other measures approved this Wednesday by the Federation were to make available to the Government the residence of players in the Ciudad del Fútbol de Las Rozas, to promote with a large sum of money, to which footballers and sponsors can join, an investigation program against the pandemic and offer to the health personnel the help of the Federation team of psychologists and physiotherapists.