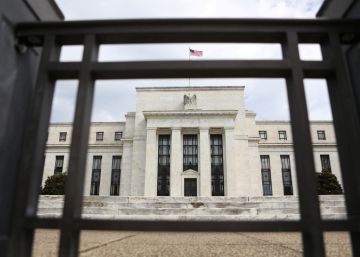 The Federal Reservel detects a small leak in the pipe and the lid before it gets bigger. The US central bank on Tuesday offered to inject up to $ 75 billion of liquidity into the market, after detecting a sudden spiral in the cost of short-term loans. This is a technical adjustment that allows the monetary authority to control the reference interest rate. It had been more than ten years since the Fed did not carry out this type of operations.

In the end, the Fed injected 53.2 billion into the system to alleviate the restriction detected in short-term financing. To do this, he resorted to the mechanism that allows the central bank to repurchase Treasury bonds and other debt assets in exchange for cash. It is a tool that serves central banks to lubricate the flow of dollars and helps keep the type "in the target range."

It is the first action of this kind that has been taken in a decade, since the financial crisis. The price of money in the US is currently in a band that moves between 2% and 2.25%. The sudden tension in the debt market was due to a combination of factors. Several debt auctions were held last week and this week expire from the deadline that large companies have to pay taxes.

The action was executed by the Federal Reserve of New York through an auction held on Tuesday. It is the executing arm of the US central bank. The monetary authority has been in the process of detaching itself from the debt assets that it acquired during the crises to sustain the economy. Last month, however, he decided to pause the balance sheet reduction.

The maneuver was announced on the eve of the Fed deciding on the rates. The general expectation is that you reduce them by a quarter of a point, to place them again below 2%. It would be, if realized, the second consecutive cut in the price of money after the one decided at the end of July. But as then, dissenters are expected to consider the rebate not justified.

The reading of the latest economic indicators, such as August industrial production, is being better than expected. Inflation is also firm, despite continuing below the 2% target, and wages rise. The gestures of the US and China in the trade conflict also contributed to lowering the tension on Wall Street. But there are uncertainty factors.