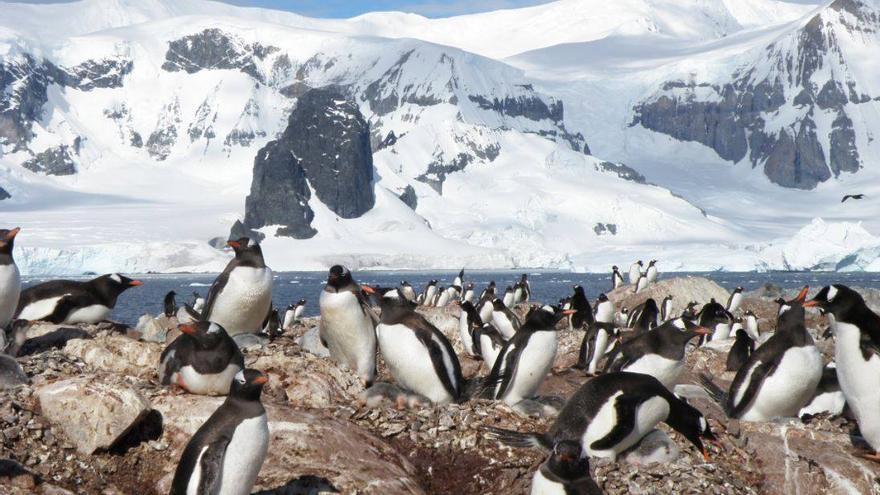 Remote polar regions such as Antarctica act as sinks for mercury, a metal toxic to the health of aquatic and terrestrial ecosystems and living beings that produces neurological, immunological and physiological alterations.

Emissions come from volcanic activity and, in addition, from those released into the atmosphere in other parts of the planet naturally and through activities such as industry or the burning of fossil fuels.

Recently, a team of researchers in which the National Museum of Natural Sciences (MNCN-CSIC) participates, in addition to the Experimental Station of Arid Zones (EEZA-CSIC), the Carlos III Health Institute and the University of Murcia, has found large amounts of mercury in the feathers of three Antarctic penguin species, sampled between 2005 and 2007.

The study, published in the Journal of Environmental Research and Public Health, reveals that penguins are a direct indicator that this element is increasingly present on the continent.

Penguins, a model for studying mercury

“In our work we analyze the amount accumulated in the feathers of three species, the gentoo penguin, Pygoscelis papua, the chinstrap, Pygoscelis antarcticus, and Adelia’s, Pygoscelis adeliae, in a wide geographic area along the Antarctic Peninsula; obtaining high concentrations of this metal, especially in the chinstrap penguin on King George Island. These levels coincide with the estimates obtained previously “, comments Andrés Barbosa, a researcher at the MNCN.

“Being at the top of the food chain, birds such as penguins are the perfect study model to measure the concentration of mercury present in Antarctica,” Barbosa continues.

Being at the top of the food chain, birds such as penguins are the perfect study model to measure the concentration of mercury present in Antarctica

Just a month ago, the 30th anniversary of the signing of the Madrid Protocol was celebrated, a complementary agreement to the Antarctic Treaty, whose objective is the protection of Antarctica from, among other threats, mining exploitation.

Today, despite the fact that more than 50 countries have joined the protocol, the health of one of the most pristine corners of the planet, key in aspects such as the regulation of ocean currents, continues to be threatened.

“The conservation of this unique place in the world is being compromised by phenomena such as climate change, or increasing tourism. Therefore, given the damaging effects of mercury on ecosystems, it is essential to continue analyzing its presence on the continent”, Barbosa concludes.