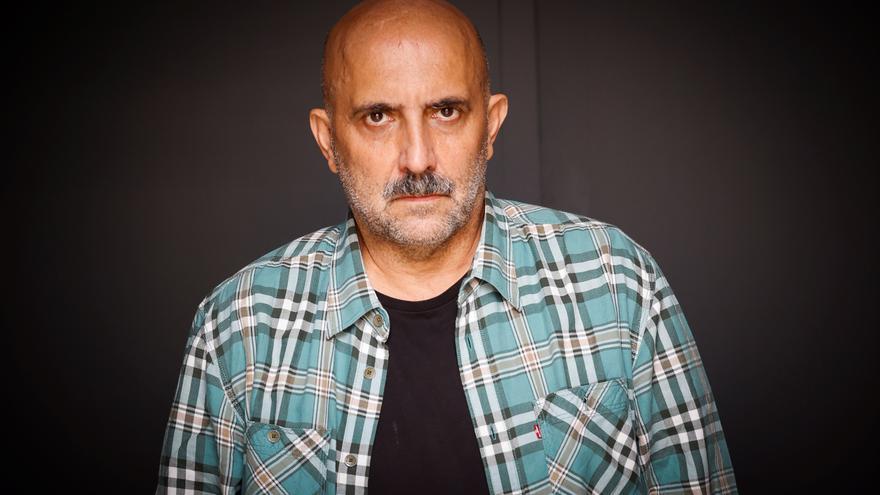 San Sebastián, Sep 21 (EFE) .- With a script of just ten pages, improvised dialogues and the personal experience of having lost his mother after a process of senile dementia, the French-Argentine director Gaspar Noé launched himself to shoot “Vortex “, his most personal and moving film.

“The fear of death left me,” says Noé (Buenos Aires, 1963) to Efe in San Sebastián, where he presented the film in the Zabaltegi section, after its world premiere at the last Cannes Festival.

The film tells of the decline of an octogenarian couple living in an apartment in Paris, she (Françoise Lebrun) a psychiatrist who begins to suffer from dementia and he (Darío Argento) a film critic with heart problems who is working on a book on the cinema and dreams.

The director of “Climax” (2018) describes her as “a familiar Titanic” that drags not only the marriage but also his son (Álex Lutz), who never completely got off drugs and the grandson “who seems more crazy than grandma “.

“Everything is going from bad to worse and the only thing that can stop the collapse is death,” he says. Despite the harshness of the subject, Noé’s portrait is full of affection, which makes the story much more palatable.

“In those moments you get closer to your parents and I think I never had such a tactile and affectionate relationship with my mother since I was a child, they are very complicated moments and I wanted to try to represent those kinds of situations, make a film that looked like things that I saw and that I see in my surroundings “.

The trades of the characters were chosen by the actors themselves, but they belong to the same circle as the filmmaker’s parents, the painter (Luis Felipe Noé) and the “highly politicized” social worker, in both cases “intellectual leftists from the 70s.”

Noé wanted Darío Argento, the mythical Italian horror director, to play the male lead, because of his charisma and because they have been friends for 30 years.

“As it was in full confinement and the film that he had in perspective had been postponed, between waiting and coming to Paris to film, he decided to come for five weeks, it was something fun for him, he had never acted, only in his own films he sometimes did. the murderer’s hands. ”

Accustomed to showing excesses, sex scenes, drugs and electronic music, Noé has surprised with the record of this much more naturalistic film.

Filmed with two cameras and mounted on a split screen, Noé defends this option as the most appropriate for the story. “They are two adjacent but independent lives and finally it is a more natural and realistic presentation than the shot-counter shot.”

The space in which practically the entire plot takes place also takes center stage, an apartment where every corner speaks, full of books and posters everywhere, an exuberance that ends up being an added weight in the last days of the couple.

Many of the posters and objects that appear are from Noah’s personal collection. “I am a collector of records, books and posters, it is curious how all that seemed like a victory over the world, to be able to consume, in the end one drowns in his own desire to consume and when everything goes to hell all those books do the heaviest fall “.

He confesses that since he made the film he has begun to see “too many objects” in his house. “I think of starting to sell now to relieve, one has a tendency to overload oneself with useless things all his life.”

The distribution of “Vórtex” in Spain will be carried out by Filmin, which will premiere it in theaters first and on its platform later in the first quarter of 2022.