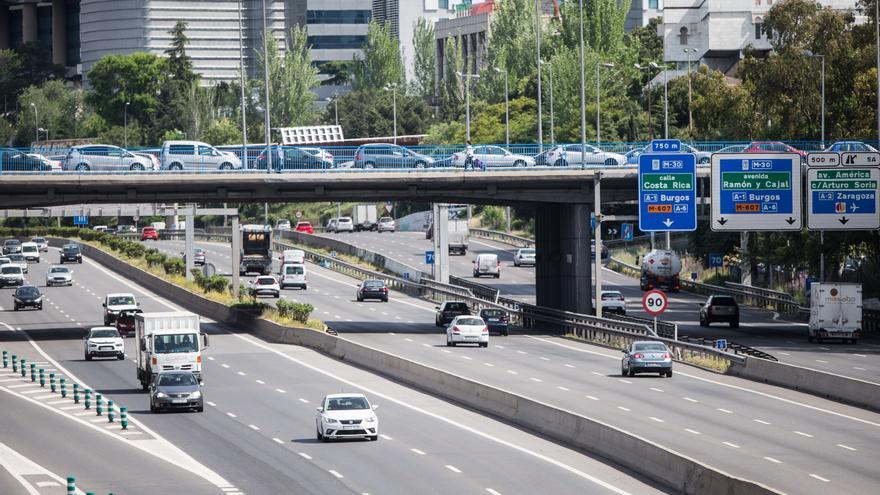 The number of fatalities in traffic accidents has gone from 9,344 in 1989 to 1,755 in 2019, representing a reduction of 80%, a figure that in 2019 placed Spain as the sixth country with the lowest rate of traffic fatalities, behind from Sweden, Ireland, Malta, Denmark and Luxembourg. Although, in 2020, Spain rose to fourth position in that ranking.

These are some of the conclusions that it collects ‘From Infinity to Zero: This is how we did it‘, a book that collects the living testimonies of more than 50 protagonists of road safety in Spain in the last three decades, and that also analyzes the factors that have made it possible for Spain to move from being at the bottom of Europe, at the end of the 1980s, to occupy one of the positions highlighted by its relatively low accident rates.

Among its participants are the current Minister of the Interior, Fernando Grande-Marlaska; the general director of the DGT, Pere Navarro; the District Attorney of the Road Safety Prosecutor’s Office, Bartolomé Vargas; the president of the Spanish Foundation for Road Safety (FESVIAL), Luis Montoro; the director of the Association for the Study of Spinal Cord Injury (AESLEME), Mar Cogollos; the European Coordinator of Road Safety and Sustainable Mobility of the European Commission, Matthew Baldwin; or the Director of Prevention and Road Safety of Fundación Mapfre, Jesús Monclús, among others.

According to the Minister of the Interior, the success of Spain in terms of road safety has been due to the fact that in the country there has been a “increased general awareness”, since civil society has emerged as an authentic engine of change, making possible a model that has had “the work of many”, of different sectors and actors who have collaborated together in an integrated manner, and that has made it possible for the accident rate vial is perceived as “intolerable”.

Most experts believe that the reduction of road accidents and serious injuries is the result of great efforts in different areas, such as education, awareness, regulation monitoring and key legislative changes, such as the point permit or the reform of the Penal Code.

These changes have occurred in an environment of significant improvement of roads and vehicles, driven by the European Union, United Nations and the who, which have made it possible to improve circulation and signaling, vehicle safety and transport of dangerous goods, harmonize the different types of driving licenses and the training of drivers, among others, and where victims’ associations have played a crucial role in making the problem visible and mobilizing individual, collective and political consciences.

But there are other factors, such as the existence of a State policy over and above the political debate and an institutional organization such as the DGT that has led it, as well as plans for the improvement and unfolding of the highways; the AVE, which has prevented many long-distance journeys and many victims; the improvement of health emergency services; the importance of research; the radar plan and the creation of the Road Safety Prosecutor’s Office, as underlined Pere Navarro and Jesús Monclús.

The book also recognizes the work carried out by public and private entities, appreciates their effort, reflects on the experiences that have made it possible to reach Spain where it is today, and allows learning, teaching and building momentum to advance and achieve Zero casualty target.

Challenges for the future

The book shows that Spain needs “revitalize “its road safety policy in the coming years, to fight against what has been called “exhaustion” of certain road safety measures. It also highlights that to fight against the accident figures and the human pain they represent, it is necessary to focus on vulnerable users, such as pedestrians, cyclists, motorcyclists and users of scooters, who in 2001 represented 32% of the deceased and, in 2019, 53% of the total.

It also proposes promoting active and sustainable travel, such as cycling; pay special attention to new mobility, such as shared vehicles; and promote greater coordination in national, European and global mobility in line with the Sustainable Development Goals (SDG) which, according to most authors, will contribute to halving the number of deaths and serious injuries by 2030, and achieve Goal Zero in the shortest possible time.

Likewise, the book emphasizes that in order to achieve this objective, the necessary knowledge and measures are available, and that it just takes more leadership, more resources and more coordination in all fields. In this sense, it highlights the role of the investigation, essential for the statistics to be completed with detailed reports, which are analyzed in real time by technical committees and allow immediate measures to be proposed to prevent the same incidents from occurring again.

It also emphasizes the need to better leverage traffic management technology, smart roads, advanced vehicle safety systems and connectivity, and on the importance of insisting on road safety education in schools, improving driver awareness, with talks given by victims, and continuing to fight against offending and repeat offenders.