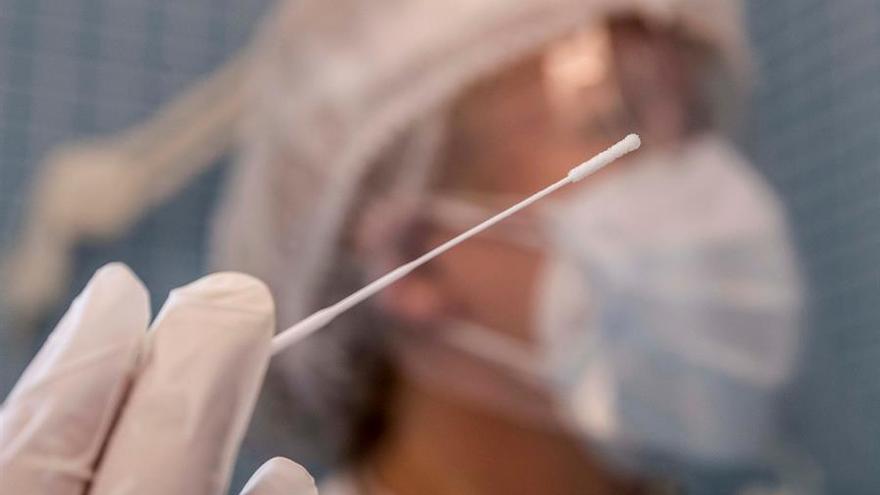 The Ministry of Health has registered 9,568 new cases of coronavirus. This is a higher figure than yesterday, when they were 7,461. In total, since the beginning of the pandemic, 3,180,212 people confirmed by test have been infected in Spain.

Regarding the deceased, the health authorities have added 345 new ones, bringing the total since March to 68,813. Of them, 875 have died in the last week.

Cumulative incidence continues to decline. Although it is far from the objective that Health has set, it is already below the threshold of “high risk” set by the Ministry at 250. This Thursday, the figure is 206.05 cases per 100,000 inhabitants in the last 14 days.

Spain has administered 76% of the vaccines received

Since the start of the vaccination campaign, Spain has received and distributed among the autonomous communities 4,508,845 doses, of which 3,436,158 have been administered, that is, 76.2% of the vaccines received. The administered doses reported by Health yesterday exceeded the total number of infections diagnosed (3,170,644) since the start of the pandemic in the country.

In total, 1,231,782 people have been immunized in Spain with the double dose required, according to the latest report provided by the Ministry of Health, which is 10,599 more people than yesterday.

Of the vaccines administered so far, 3,090,943 correspond to the one marketed by Pfizer-BioNtech, the first brand that was authorized in Spain, 141,233 are from Moderna and 203,982 from AstraZeneca-Oxford.

All this in a day in which The Madrid Association of Physicians and Graduates (Amyts), the majority union among doctors in the region, has registered the call for an indefinite strike for March 10 of Primary Care that he announced a few weeks ago, given the improvement in the epidemiological situation.

“A strike to which we have been forced by the progressive abandonment of Primary Care by our politicians and the deterioration that we have been suffering for years. We can no longer, we have to save Primary Care,” he said, in statements sent to the media, the president of Amyts Primary Care, María Justicia. In a statement, the trade union organization justifies the strike due to the “continuous abandonment of this key level of care added to the extremely high care overload and non-compliance by the Community of Madrid.”

Refering to vaccination campaign, the trade union organization has assured that “it will be guaranteed at all times whether it coincides with the strike period or not”, but has pointed out that “seeing how it has been organized serves as a sample to understand the management of Primary Care in Madrid: misinformation to professionals, without hiring reinforcements and lack of foresight“.

Also, also this Thursday, WHO has confirmed that the British variant of COVID-19 is more contagious and more serious. Catherine Smallwood, one of the emergency managers at the organization’s European office, stated this at a press conference. Smallwood also pointed out that the variant has already spread to half of the EU member states.

“Viruses evolve naturally and we hope to see more variants. The more infections, the more variants. Some of these variants are of particular concern,” he said. “The one detected in the United Kingdom has shown greater transmission capacity and now shows an increase in hospitalization rates,” he added.