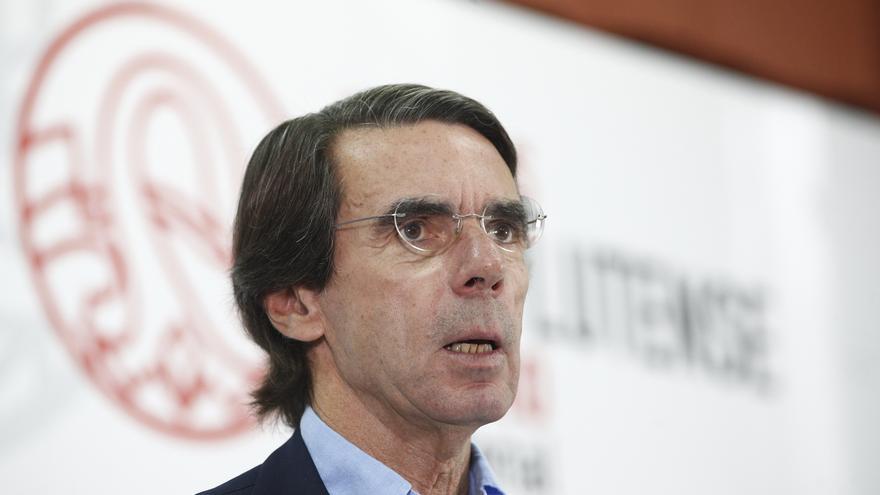 The FAES Foundation of the former President of the Government José María Aznar has published this Monday a new editorial, titled The fatal mistake, in which he harshly charges against the PSOE for its "drift" prone to reaching agreements with leftist and nationalist forces.

It is, FAES points out, "a combination of forces that unites the extreme populist left, the independentistas and the legatees of ETA who have found in the drift of the Socialist Party since the presidency of José Luis Rodríguez Zapatero, the fertile ground for advance in its sinister project of political polarization and territorial rupture ".

"They have managed to get the Socialist Party to challenge the Transition and the constitutional agreement that arose from it as the cement that will hold a majority of the government together with its current partners. In this project, the opposition will be relegated to the periphery of the system, that will guarantee the left and nationalism the indefinite occupation of power, once civil society and the other institutions of the State assume that their options are reduced to submission or destruction, "warns the ultraconservative foundation.

The 'think tank' chaired by Aznar also considers that "from the government chaired by Pedro Sánchez, Justice is the object of a systematic and continuous attack. Civil society simply does not exist, except to promote the activism of radical associations and groups. The overwhelming Official propaganda fills the public and communicative space with attempts to build a parallel and manufactured reality, the one in which they said that we came out stronger or that attributes to Sánchez a non-existent leadership in Europe that rather considers Spain as the new continental patient ".

"In a country shocked by the pandemic, the second vice president places the overthrow of the Monarchy as a priority objective of his party. Of course, the Minister of Universities came to the Government after writing that Podemos meant the hope of 'revolutionary transformation of the State', and another minister, Consumer Affairs, boasts of being a communist and dedicates his inconsistent and sectarian literature to tearing apart those who were co-authors of the Transition in Spanish communism, "he laments.

Regarding EH Bildu, FAES considers that "a party that descends in a straight line from ETA, that encourages the reception of murderers as if they were heroes of the people and is the main agent of the legitimization of terrorism, is courted by the highest levels of the Government without having condemned the murders and the social and moral devastation caused by their masters and gunmen, nor those of those in which socialist militants were victims. "

Regarding the situation in Catalonia, the foundation warns that "the coup by the Catalan independentists is on the way to impunity through pardons and legal reforms that force the spirit - and probably the letter - of a rule of law, when it is also they do it in the name of a reconciliation in which the seditious make it clear every day that they do not participate, but insist that they will do it again. "

"The attack received by the King from the Government is the most aggressive expression of this slope by which the political leadership of the country is sliding and to what extent the Socialist Party has been infected by the anti-system drives of its partners," he concludes. "And this is so in such a way that, when these episodes occur that should lead to a reaction from the Prime Minister to put an end to such enormities, it is verified that both, seated at the table of the Council of Ministers, are each day more indistinguishable. If the veto to the presence of the King in the delivery of offices to the new judges in Barcelona was a humiliating and arbitrary decision, the attacks by a minister - from the Crown, who would say - have the character of treason ".

FAES would like "to think that there is 'another' Socialist Party, in the same way that while the PNV agreed with ETA on the social persecution of non-nationalist Basques or launched its sovereign plan, it was also said that there was 'another' PNV more moderate than ever it appeared until it was defeated and evicted from the Basque Government, or just as it was said of that Catalanism of 'seny' and pragmatism that, however, entered the independence struggle with the consequences that we have all seen ".

"Unfortunately, the Socialist Party is what it is and its project is as clear as that of its partners. If there is another PSOE, it should manifest itself. In democracy there are no silent majorities: either the majorities articulate and express themselves, or they are defeated by activist and aggressive minorities. Beyond the usual names of prominent socialists who are often cited as placebo to try to convince themselves that the PSOE is not really what it is, socialism has before it an alternative in which it must choose ", ditch.