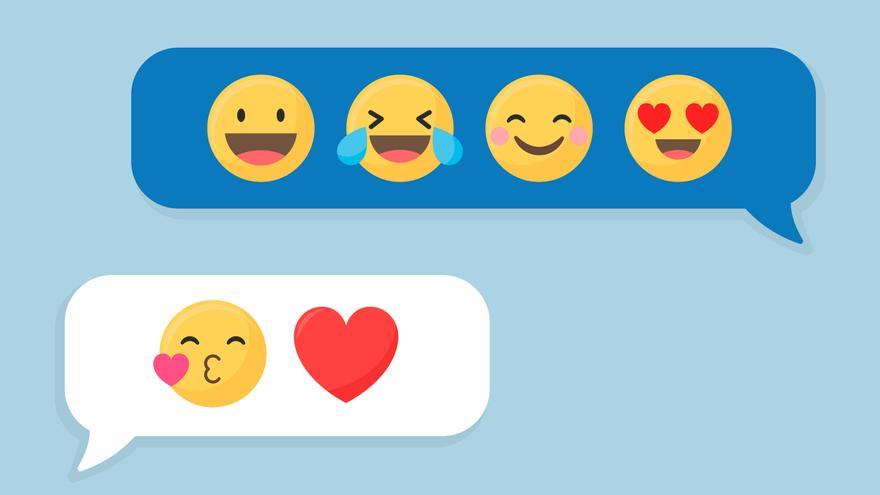 Although it has not been the best of years, the pandemic has not stopped us from having a lot of laughs thanks to social networks. Good proof of this is that the champion of the most popular emoticon contest of 2021 has turned out to be the face that cries with laughter.According to list published by el Unicode Consortium, the organization that regulates the use of ’emojis’ worldwide, this plethora of images, also known as ‘tears of happiness’, is the one that occupies the first place on the podiumAlong with the one most used by users, the other ’emojis’ that make up the ‘top 5’ are: the red heart, undoubtedly the most classic for being the emblem of universal love; thumbs up, a standard for responding with the ok symbol; the face that is cut with the lopsided face; and, in last position, the face that cries in a sorrowful wayundoubtedly one of the saddest of the family of colorful and cartoonish pictographs.

The next emoticon that stands out in this annual ‘ranking’ are those known as the ‘praying hands’, whose name is actually ‘hands together’ and that most of the users use to transmit a request or a sign of gratitude. This is followed by the face sending a kiss, the face with hearts around it, the one with heart-shaped eyes, and the emoji that smiles happily.

According to this new selection, there have been no major changes between 2021 and 2019, the first year in which Unicode published its ‘top 10’ of the most used emojis. Experts point out that 92% of the world’s population in the networks uses emoticons to communicate and even, although it is still early, they predict that in 2022 the burning heart will break records So what It will probably become the favorite, as will the shots that are added to the cast.This curious list does not prove any theory -Have we been more or less happy? Have we fallen more in love? Has the pandemic had an influence? -, only reflects the trend set by networks and there are also times that the same icon can mean several things. As the creator of them says, the Japanese designer Shigetaka Kurita, its use is free: “I don’t think there is a correct or incorrect use of the emoji.”