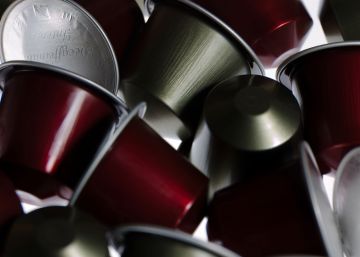 In 2016, single-dose coffee was introduced in the CPI calculation, making official what was already evident: the capsule coffee maker is another element in the kitchen. The sector continues to grow, reaching already 37.3% of consumers and although the average expense in “conventional” coffee it still exceeds the single dose (55% and 45% of the market are distributed, respectively), the figures are close.

It is understood the battle of the leading brands to maintain the exclusivity of their system against compatible capsules, although several sentences They have proved right to non-original single dose manufacturers, expanding the market.

The ease of use, the variety of options and the cleanliness of the process are essential pieces of its success, but the key is a positioning strategy through segmentation, addressing very different audiences, creating needs and covering the aspirations of all of them.

In variants like “macchiatos"Or"lattes"Coffee is the least important and can carry cream, coconut fat or sugar (sometimes more than 30% of the content)

If we talk about macronutrients (proteins, carbohydrates and fats), the nutritional value of coffee is negligible. The interesting thing is its content bioactive compounds (caffeine included) for its physiological effects, and this is very variable depending on the variety of grain, roasted or preparation method (among others).

In any case, when coffee is analyzed from a nutritional point of view, exactly that is studied, coffee. Not all dressings that can accompany you.

Much of the coffee capsules contain only coffee. They are well identified, because they are not required to show the list of ingredients, nor do they specify the nutritional value. However, in the huge supply of single doses, insane products are also sneaked under the guise of innocent coffee capsule.

If to make a cup of coffee you can find a thousand options, it is even more complicated to choose drinks that also have other ingredients. The differences between them are not only in the organoleptic properties (the body, taste or aroma of coffee are differential characteristics of coffees alone, but remain in the background in composite beverages), but in their nutritional profile. We can find coffees cut or with milk that are quite similar to those we would prepare at home. But in creative variants like “macchiatos","mochas","cappuccinos"Or"lattes”, Coffee is the least, and they can carry cream, coconut fat or sugar (sometimes more than 30% of the capsule content). Ingredients with which we would rarely prepare a coffee and that, in the comfort and anonymity (are, but are not seen) of the capsules, we can incorporate daily into the diet without finding out. Again, the list of ingredients will help us make a conscious choice.

Are we exposed to contaminants?

Fear is the engine of hoaxes and the reason that they spread so easily and persist over time. One of them related the use of coffee capsules made with aluminum, with the risk of cancer. Something complicated, because although the IARC yes it considers that the aluminum production It is a carcinogenic activity for humans (because in the process there is exposure to other compounds such as polycyclic aromatic hydrocarbons and asbestos), leaving dietary aluminum out of this classification.

Yes its neurotoxic effects are recognized, and that is why the European Food Safety Authority has established a tolerable weekly intake (TWI) of 1mg / kg body weight. The greatest exposure to aluminum is produced from the diet, but its biggest contributors are cereals, fruits and vegetables, beverages (other than water) and food additives, not materials in contact with food. Precisely because it is known that a part of the population could be exceeding TWI, the normative It is especially guarantee and restrictive with the migration of aluminum from containers, utensils and other materials, and reduces it to 10% of what it would consider acceptable under normal conditions. That includes coffee capsules.

The other side of the coin is found in two compounds that are carcinogenic and may appear in coffee. In all coffee (not only in capsules). They are furan and acrylamide.

Furan is a compound that appears in canned and canned foods, in addition to coffee, and is considered "Possibly carcinogenic". It is very volatile, so, the greater the contact with the air, the less furan; That is why the way to prepare food determines its final concentration. Thus, the stewed coffee has less quantity than filter or espresso. The coffee in capsules also has high levels as it is practically isolated from the atmosphere until the moment of consumption.

On the other hand, acrylamide is a compound "Probably carcinogenic" that appears when heating above 120ºC food containing reducing sugars and amino acids. That is, in the frying, roasting and baking of many products, including coffee. With the added drawback that coffee roasting conditions directly affect its quality, and it is difficult to reduce acrylamide content without their properties being adversely affected.

The French Food Safety Agency has evaluated the exposure to chemical compounds from the consumption of coffee in capsules and, in addition to not finding contaminants such as phthalates or bisphenol A, determined that the level of cobalt, chromium, nickel, tin, copper, zinc and also acrylamide, was slightly higher but not significant in capsules, compared to traditional coffee. Yes, he determined that the cup of coffee in capsule contained more caffeine than that prepared in Italian coffee (two to three times higher), a value very similar to that obtained in coffee made with espresso coffee.

So much acrylamide as the furan they are considered a concern for EFSA, but coffee is only one of the foods that expose us to these compounds (and the contribution of coffee in capsules is very variable).

The most immediate problem of single-dose coffee is sustainability. The capsules contain organic matter (coffee remains) and are formed by various materials (aluminum and different types of plastic), which makes recycling difficult and limits it to clean points or initiatives of the brands themselves, which have collection programs and management of used capsules. This requires a commitment from the consumer to store and take the waste to specific points and, in addition, it must be considered that the environmental footprint is not only due to the physical material, but also to its manufacturing, transportation, reverse logistics and recycling process.

The most immediate problem of single-dose coffee is sustainability. They contain materials that make recycling difficult

To reduce its impact, initiatives ranging from the manufacture of compostable capsules, to legislative proposals that prohibit its use in public buildings are being launched (Hamburg pioneered in 2016) or restrict their sale (in Spain they are joining Navarre, the Valencian Community or Balearics).

But, if the success factors of this coffee consumption formula have been the strategy of large companies and the choice of consumers, it is these same elements that can direct the capsule coffee sector to a more sustainable model.

It would not be bad if, at the time of choosing a coffee, in addition to worrying about our own health and that of the planet we also did it for that of the people who live from their cultivation. Annoying to find out if with our daily gestures we are contributing to generate value in a society or if, on the contrary, we are perpetuating inequalities. Perhaps this should be a priority reason in our choice.

NUTRIR WITH SCIENCE It is a section on food based on scientific evidence and knowledge contrasted by specialists. Eating is much more than a pleasure and a necessity: diet and eating habits are now the public health factor that can help us prevent many diseases, from many types of cancer to diabetes. A team of dietitians-nutritionists will help us to know better the importance of food and to demolish, thanks to science, the myths that lead us to eat badly.