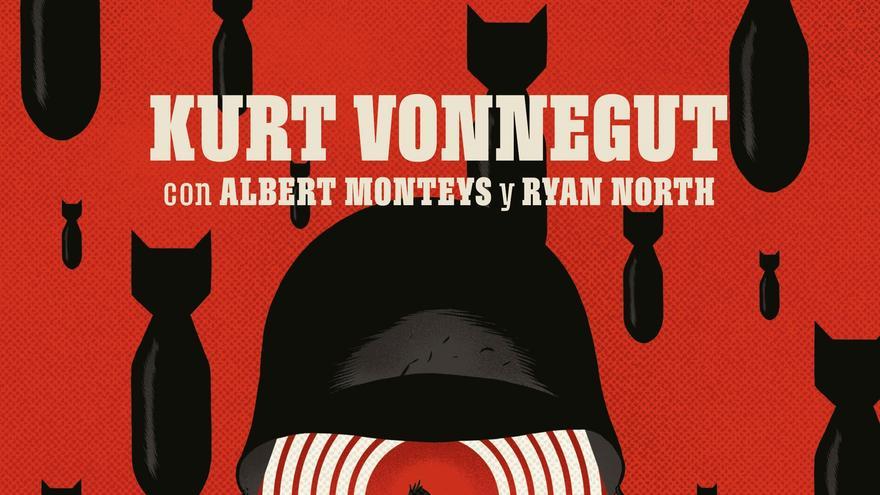 Barcelona, ​​Jun 20 (EFE) .- Fortunately, summer is coming, because comic book publishers are recovering the time lost by the covid, with a military step to present news that only those extra hours of leisure will allow you to enjoy the recent works of Guy Delisle, Barbara Yelin or Lucas Varela, among other authors.

The Canadian Delisle (Quebec, 1966), one of the great visual storytellers of today, has one of those silent, parsimonious looks that catch ("Shenzhen" and "Pyongyang", attest) and that on this occasion he has preferred to stay at home and instead of crossing physical borders, as his readers are accustomed to, take a trip back in time in "Chronicles of Youth" (Astiberri).

A delightful graphic novel of adolescent summers that functions as a social tableau of the Quebec of the eighties, when the future cartoonist, a student obsessed with discovering how cartoons worked, worked, in changing and unlikely shifts, in a paper factory to finance himself at the University .

A microcosm of characters and situations that pivot between alienation and the absurd, without losing humor or falling into the usual clichés of this type of story, which serves as a tribute to anonymous lives like that of his father, a dedicated engineer unable to verbalize any phrase that is not banal, and methodically dumped into a job that prevents him from thinking beyond.

The cartoonist Lucas Varela (Buenos Aires, 1971) and the screenwriter Hervé Bourhis (Chambray-lés-Tours, 1974) are behind "El labo" (The Dome), a sharp uchrony where they conjecture about the possibility that microcomputers, video games and mobile telephony would not have been developed around San Francisco Bay and Silicon Valley, but thanks to the psychotropic visions of the "stoned" son of a French copier manufacturer.

Varela and Bourhis compose a game of similarities and differences for the reader on two parallel realities, a semi-false that they take advantage of to point out, without doing too much bad blood, the prevailing misogyny in the France of the seventies, also, or especially, in a world like science and technology.

Gerda, an octogenarian mathematician who spends her last days hooked to her walker in a residence in "The summer of her life" (Astiberri), would have a lot to say about this job contempt that women suffer, in a melancholic story about the inevitable that It turns out, in the past, to regret decisions, taken or not.

Now that the Turkish series of love / breakup / reconciliation monopolize a large part of the television grid, Jordi Lafebre's "Carta blanca" (Norma) could give ideas to scriptwriters in low hours for a pilot, because this romantic graphic novel brings together all the components, even the structure: the story of a politics that leaves almost everything for love, scrupulously told backwards, without knowing that ending, supposes a narrative problem.

Explaining in words what it is to be in love is a challenge that many creators have set themselves, and it is equally productive to place oneself on the opposite side - and easier to capture - when the spark goes out and it is time to wonder where all that passion was: an approach that the Swedish Liv Strömquist formulates with great irony in "I don't feel anything", in which he combines the classics and current digital culture to reach the conclusion that there is no conclusion.

It has been published for a while now, but "Matadero Cinco" (Astiberri) sneaks into this list because it is back in the news after its recent nomination for the Eisner Awards received by the version by Barcelona's Albert Monteys (1971) and Canadian Ryan North (1980) of the, a priori, unadaptable and satirical anti-war novel by Kurt Vonnegut, writer of whom in 2022, by the way, will mark the first centenary of his birth.

"I am a huge fan of Vonnegut and this is my favorite novel. When it was proposed to me, the first thing I felt was terror, I thought it was impossible to do it because Matadero is essentially literary material, but when I got the script from Ryan I realized that the comic was, at least, the best possible medium to tell this story, changing the form, but respecting the spirit, "this cartoonist assures Efe, in his first work with a historical background.

Between the real and the hidden, the characters of "A for Anonymous" (Comic Planet) by the American journalist David Kushner (1968) and his compatriot the cartoonist Koren Shadmi move, approaching the computer activists who faced large corporations and other powers that be in defense of the right to information and freedom on the internet.

And although it would not be included in an orthodox comic book list, it is worth noting "The King's Rhinoceros" (Nordic) a little book in size, not in content, signed by the writer Jesús Marchamalo and the illustrator Antonio Santos, in which they travel to the 16th century to run into Ganda, the giant mammal that inspired Dürer's engraving.