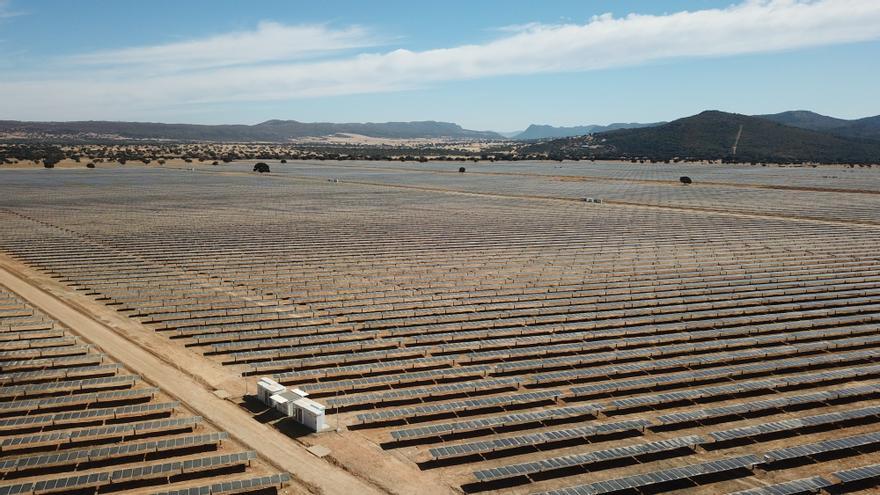 China mobilizes its miners in the face of its electricity supply crisis; Vietnam plans large-scale return of coal; in Spain, and in the throes of government cuts to the sector to contain the incessant rise in the price of electricity, Endesa orders to buy this mineral to power the As Pontes thermal power plant (A Coruña), which has not been operating since July, and whose closure has been processed since January 2019.

These are known news in the last week, in which the European wholesale electricity markets have once again smashed records in several countries, including Spain, at the rate of the explosive rise in gas.

On Wednesday, the Dutch gas market benchmark TTF reached 160 euros per megawatt hour (MWh), compared to less than 15 euros a year ago, spurred by competition from China, storage at unusually low levels of expensive to winter in the Old Continent and doubts about the supply from Russia. Taking advantage of the weakness of Europe, which imports 90% of the gas it consumes, Moscow is pressing for as soon as possible the approval of its Nord Stream 2 gas pipeline, which will transport gas directly to Germany through the bottom of the Baltic Sea without passing through Ukraine.

The geopolitical derivatives of this perfect storm have been joined by the force of the elements: according to data from the Vortex consultancy collected by Financial timesThis year the wind in northern Europe has blown up to 15% less, penalizing wind energy production, a situation that some experts attribute to the effects of climate change.

On Wednesday, while this gas record was being reached, in a debate at the University of Alcalá de Henares (Madrid), the former Socialist Minister of Industry Claudio Aranzadi warned that if “in the medium term” the price of electricity remains at these levels, “It would call into question the energy transition.”

One of the keys to decarbonizing and reducing greenhouse gas emissions is the electrification of the economy. But “with these prices, nothing is electrified”, agreed Aranzadi and Andrés Barceló, general director of Unesid, the employer’s association of El Hierro and steel industry, the leading electricity consumer sector in Spain.

An opinion shared by Natalia Fabra, Professor of Economics at the Carlos III University of Madrid: “There are those who say that such expensive gas will boost renewables and self-consumption, but this is actually a check on the energy transition process” by part of some sectors, such as producing countries.

In Spain, the famous pool has exceeded for the first time in a few hours in the last week the barrier of 300 euros / MWh. The forecasts for 2022 are not good. On Friday, the futures market pointed to an average price of 135 euros for the whole of 2022, after reaching 162 euros in the middle of the week. The outlook for the next few months is for prices above 200 euros until March, compared to just over 83 euros so far this year, in the absence of a very complicated end of 2021.

Futures, which are still a reflection of market sentiment and are usually higher than reality later, now say that the pool will not return to pre-pandemic levels (when the wholesale price plummeted due to the great seclusion) until 2025.

The third vice president, Teresa Ribera, was asked last Tuesday, in an interview in Reuters, if the energy transition is at risk with these prices. “I will fight to avoid that, but we have to change many things” before “something that can last, I don’t know, six months, nine months?” “Nobody can afford that” and the current price level, which is having a full impact on inflation and is beginning to affect the activity of industry and other sectors, “is not easy to absorb by the economy,” he recalled.

The president of the Fundación Renovables, Fernando Ferrando, believes that this gas rally should encourage decarbonisation. “We have realized that dependence on products that we do not have, such as gas, creates situations of this type.” But “in the short term” it will lead to a delay in the energy transition “because the price of gas triggers electricity and renewables, which would have to lower it, have no effect due to the marginalist system”, whereby the latest technology that house supply and demand determines what all the others charge, and that in his opinion “leads nowhere”.

“The energy markets, both gas and electricity, are absolutely manipulable”, criticizes Natalia Fabra, who last weekend warned in a Article in this environment of the effects of the rise in electricity and inflation in meeting the milestones and objectives of the Recovery and Resilience Plan, “by reducing the purchasing power of the funds assigned to each investment project, and by making the electrification process “, which is one of the vectors of the plan.

As Ribera pointed out in that interview, “we cannot say that we need electrification” when “the price signals are not consistent with what we want to promote.” According to the vice president, a “decade of turbulence” is coming with many countries “seeking to do the same”, to disengage from emissions, resorting to the same raw materials, “and the global value chain is not prepared: we see it with gas, batteries, microchips… “.

The Minister for the Ecological Transition has spent weeks focusing on the need to turn the marginalist system around with “a common approach at the European level” in the face of these “exceptional circumstances”, so that the idea that the effort of decarbonization “doesn’t make sense.” “The Commission has understood that this is not politically or economically sustainable” and it is necessary to find formulas so that gas prices “are not so closely connected” to those of electricity.

On Tuesday, the president of the European Commission, Ursula Von Der Leyen, recognized for the first time that “if electricity prices are high, it is because gas prices are high and we have to see the possibility of decoupling within the market, because we have a lot of cheap energy like, for example, renewables. ”

Changing the hitherto sacrosanct marginalist system is neither an easy nor a quick measure. But the ball is already in the roof of Brussels, which according to Bloomberg, has opened up to launch a joint purchase of gas, as Spain has proposed together with countries like France, within the “toolbox” that it plans to present in the next few days so that the Member States can cope with this crisis.

After the great blackout of 2020, energy markets have had a heart attack year in parallel with the recovery of the economy. After an unusually cold January in Asia, in which Spain experienced a small appetizer of the current situation with Filomena, in February the Uri storm arrived, which put the electrical system of Texas (United States) to the limit. Then the biggest drought in 90 years in Brazil drained the hydroelectric manna in this country, which has found it difficult to meet the recovery in electricity demand after the pandemic.

With autumn, what Aranzadi defined on Wednesday as an “energy shock” of a “global” and “unforeseen” nature has arrived, which “probably” will be “transitory”, once the winter is over and the gas market stabilizes. But the former minister was “distressed” by the effect of this escalation for the industry in the short term.

In addition to the reduction of the production of some industries intensive in electricity consumption and the threat of breaking of supply contracts already signed, the market for long-term bilateral purchase and sale agreements, known as PPA (and which allow large consumers to guarantee the supply at a stable price) has dried up with this escalation: “There will not be any PPA this year or next year because the bidders have no interest or ask for prices based on the opportunity cost that are not incentives,” he warned the general director of Unesid.

In the long term, everything points, Aranzadi recalled, to a “progressive depression” in energy prices and also electricity, thanks to the low costs of renewables, with a view to the goal of reaching emission neutrality in 2050 But in the short, the prospects are of maximum uncertainty and more and more voices are betting on correcting that wholesale market, against which the manager of the steel company has been crying out for a long time and whose design, as Paulina Beato, former president of Red Eléctrica, pointed out at that event in Alcalá, “is not sufficient” for the current situation.

Ribera has opened up that, if the EU moves token, Spain withdraws the millionaire cuts to electricity companies due to the rise in gas approved by the Government in September, by means of a Royal Decree Law that will be submitted to Congress for validation on Thursday. The rule, which has led to a public confrontation with Iberdrola, the first Spanish power company, has had an eventful life, after the ministry published an unusual interpretative clarification (not reflected in the BOE) on which facilities it affects. The Government, which has opened a round of consultations with the sector, initially calculated that the cut would amount about 2,600 million euros. According to the companies, with gas already above 100 euros / MWh, the hack would be 5,000 million.

At the end of September, electricity companies and large investment funds asked Brussels by letter to knock down a cut that, the investment bank Goldman Sachs later claimed, “could reduce the appetite of energy companies to invest in the energy transition” and materialize the Government Energy and Climate Plan (PNIEC). It expects to more than double renewable capacity in the next decade, to more than 120 gigawatts. 80% of the investment will be borne by the private sector.