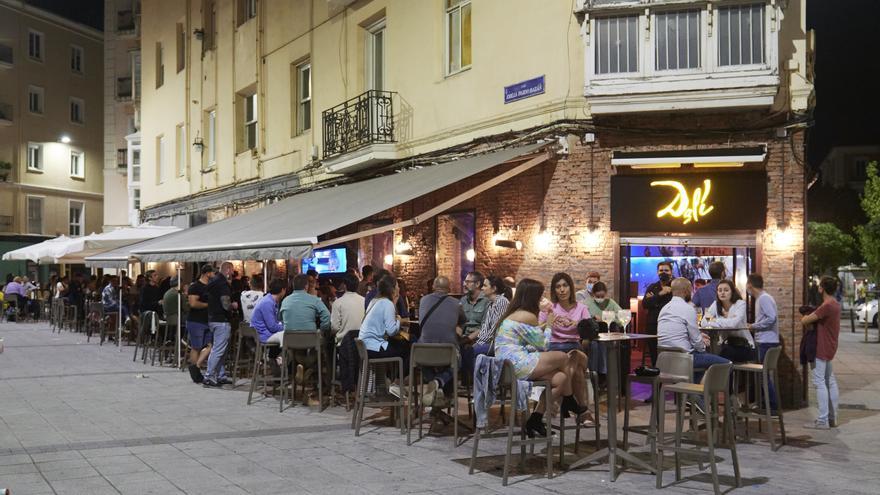 The Report on Alerts and Preparedness and Response Plans, a body dependent on the Ministry of Health made up of technicians and experts from the autonomous communities, has an internal position that recommends “closing nightlife” and “limiting night hours in the interiors” of some establishments where there is a risk of contagion of COVID-19. They do so given the increase in cases in recent days, especially among young people. The Report is a body that is below the Public Health Commission, also the Ministry. The Commission has as representatives all the directors of Public Health of the communities and meets regularly on Tuesdays. Health has communicated that they have not “proposed any measure related to the closure of nightlife venues or the assessment of the curfew”, although they have not alluded to the recommendations of the Committee. Only, that yesterday Monday they met and reviewed the response action documents. Health sources also rule out in conversation with elDiario.es that they are considering these measures.

The Positioning of the Presentation also includes “assessing” reinstating the curfew, something that Castilla y León has also requested this Tuesday, but which is not possible without a state of alarm. President Pedro Sánchez has denied in a press conference during his official visit to Tallin (Estonia) that this is a possibility. The Conference also recommends suppressing mass events these weeks, screening the young population, guaranteeing the availability of hotels or other isolation rooms, and strengthening the Public Health and Primary Care teams. The general incidence rate accumulated in the last 14 days is located at 225 points, but among people between 12 and 29 years of age, most of whom are not yet vaccinated, it exceeds 700. Among this group there is no high risk of admission in the hospital, although the rise is already beginning to be noticed in that hospital occupancy due to the disease is growing.

Sánchez rules out the curfew and bets on vaccination

Asked at a press conference on his trip to Tallin, Sánchez has ruled out taking concrete measures in the face of the increase in cases. The president believes that communities currently have the necessary tools to face the final stretch of the pandemic and refuses to go further with others such as curfew. The president, who appeared alongside his Estonian counterpart, Kaja Kallas, explained that the “decentralized health system” is “in the hands of the communities” and that, therefore, the Government has to “share the decisions with them.” . “In the inter-territorial council, depending on the evolution, there are a series of answers that the communities can give. It is not necessary to approve anything more than what is agreed between the Ministry of Health and the communities,” he responded to journalists. Some communities have begun to counteract the rise with measures to the hospitality and nightlife sector and with more screening, as for example Asturias has done. Catalonia, for its part, has closed nightlife again.

Given the increase in the accumulated incidence, which has doubled in less than two weeks, Sánchez has insisted that “the important thing is to continue with this vaccination process”, which he recalled that he is carrying out averages of administration of doses higher than 400,000 daily and that have broken records of more than 700,000. “It shows the extraordinary health system that we have in our country,” said the president, who has praised the work of health workers as well as the “Spanish citizens” who “want to be vaccinated” and have “no resistance” to doing so. Sánchez recalled that 70% of the population will be immunized in August. “That is our goal and we are going to achieve it.”

However, he has taken the opportunity to ask the “younger population”, which is the sector in which it has been fired cumulative incidence. “Let’s not lower our guard,” he has asked, although he has acknowledged that he understands the conditions of “fatigue” now that summer begins. “They can hurt themselves. They can make older generations who are more vulnerable sick,” he said.