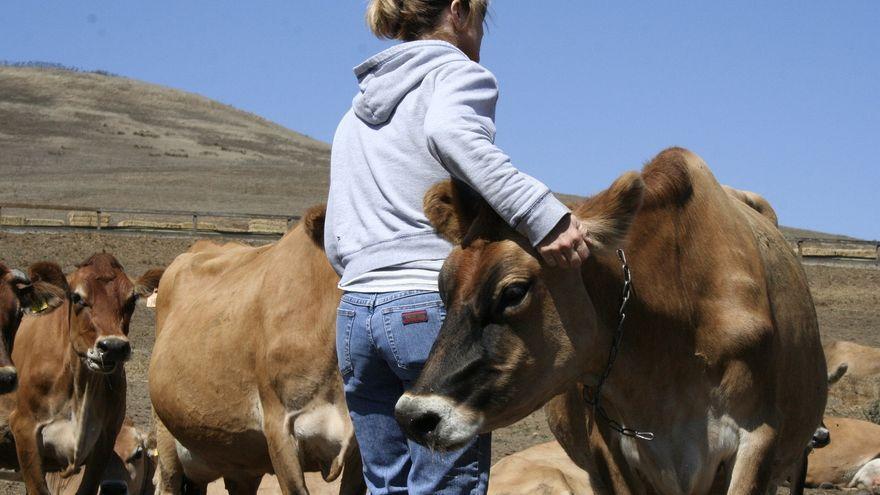 Two out of every three people who leave the villages are women. This is one of the data it provides an extensive report prepared by the Red Cross on social vulnerability in depopulated Spain. The fact that women leave rural areas leads to a high “masculinization of the countryside”, which is gradually becoming emptier due to the lack of job opportunities, services and also leisure and cultural options.

“The phenomenon of depopulation is not neutral with respect to gender, on the contrary, in general, we find ourselves with especially masculinized areas”, indicates the study, whose methodology has been based on qualitative techniques of interviews to focus groups with users, workers and experts in the matter. “Two out of every three people who leave a town are women. Although the percentage of women is higher throughout the country (50.97%), in more than 80% of the national territory the percentage of women is not close to this average and only in large cities is it exceeded, “he compares.

Women must leave the field if they want to find a job well paid or commensurate with their studies. The document indicates different causes of this female exodus from the town to the city. In the first place, it points out that with the arrival of democracy, women have had “greater access to university education, even surpassing men in statistics.” Second, it also says that it is “rural women who see opportunities in cities related to reproductive rights, finding greater opportunities for their daughters, not only professionals, but also to break with traditionally established gender mandates.”

“The rural environment tends to expel women,” says Rosario Sampedro, a sociologist and professor at the University of Valladolid, who participated in the report. “If there are no women, there is no future, there are no towns, there is no life,” he warns. For the expert, one of the problems that rural inland Spain has, “the areas known as emptied Spain”, is a “particularly adverse labor ecosystem for women.”

On the other hand, Sampedro continues, “the rural environment requires much more care from women, it is not just childcare. It is a very old environment and older people require care and attention.” Sometimes, the Red Cross document exemplifies, getting to the doctor in the most unpopulated areas can take a whole day.

“It is true that the rural world is becoming masculinized,” confirms Eva Fernández, regional coordinator of the Red Cross in Castilla y León. “There we have to do work with the elderly, single men, who need care or who need to be autonomous because previously they have not been, in the simplest tasks of the house. This requires a comprehensive plan. Coming to the villages has to offer them a life project, not just a job, “he requested.

“The vast majority of women over 50 years of age who, in urban areas are working, in rural areas have to be taking care of their elders, taking them to the doctor, treating them, because there are many older people and there are no support resources or they are not accessible “, adds Sampedro along the same lines.

The solution is that rural development policies support female entrepreneurship and that employment alternatives are achieved that do not have to do only with agriculture or with “the sectors most present in rural areas, which are highly masculinized,” he says. Sampedro. In line with this, the report recognizes that women have historically been “essential” in all agricultural work, while making this compatible with upbringing and care and, however, “their role in both areas – productive and reproductive – it has not had social or monetary recognition for many years “.

For the sociologist, the demands of Spain emptied of a new territorial policy “go in the right direction” because what is needed are “comprehensive and non-specific actions: decentralize economic activity, training centers and somehow not leave the rural environment cornered in economic development “.

Last weekend, the emptied Spain has taken actions in all the towns under the slogan ‘I stop for my town’ to demand territorial balance with the 100/30/30 Plan, one of its main demands. The platform considers it “essential” that all towns have Internet at a minimum speed of 100 symmetrical MB, be 30 minutes from basic services (so that it does not take a whole day to get an X-ray) and 30 kilometers from a high-capacity road , as can be a highway. Two weekends ago the platform announced that it will become a political tool, in the style of Teruel Existe, to promote changes from the sphere in which decisions are made.

“All these types of technological, technical and investment innovations would be fundamental,” adds Sampedro, who recalls that the largest source of employment for women in rural areas continues to be the service sector. It should also be achieved “that women who have jobs in rural areas have decent working conditions comparable to those of men. Also that women can return to rural areas.”

“If I am a photographer, journalist, lawyer, teacher or I want to start my business, what do I do? That is the problem, setting the conditions so that women can have a balance between family and work life that the vast majority of women we want to have in rural areas and in urban areas “, concludes Sampedro.