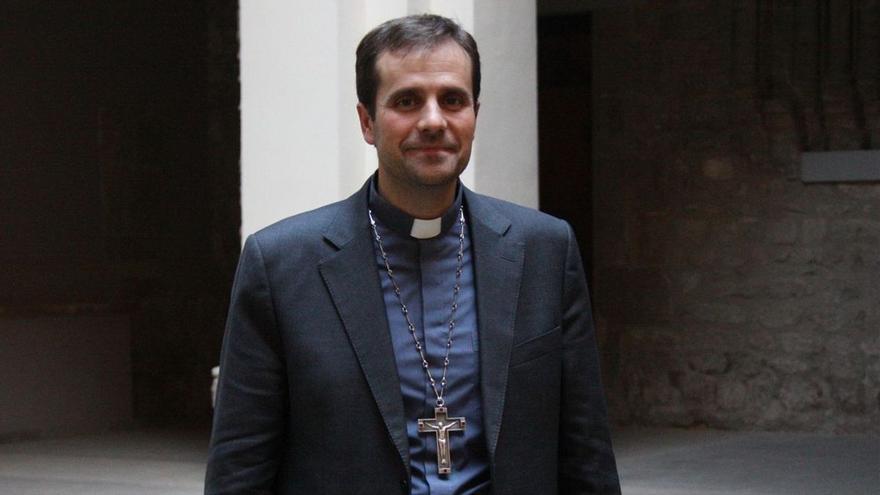 Xavier Novell, bishop emeritus of Solsona, and the writer Sílvia Caballol, they are now husband and wife. The couple got married this Monday at 12.30 pm, in the Súria justice of the peace (Barcelona). The link was made in family privacy and only with the presence of the witnesses, who were Caballol’s mother and his partner.

A team from the TV3 program of ‘Planta Baixa’ was waiting for them at the exit of the justice of the peace, which has announced the link via Twitter and has disseminated images of both.

Last Friday, the couple asked the justice of the peace that the wedding could be formalized this Monday, outside of normal hours.

The civil ceremony was Novell’s only chance to marry., since the religious route is closed as long as he cannot obtain a dispensation from ecclesiastical positions, which must be granted by the Vatican. Caballol, meanwhile, is separated and has two children from a previous relationship.

The couple has left the peace court smiling, he dressed in a black coat, and she, in a beige jacket and an orange sweater. This Monday was the first appearance before a media outlet after speculation that she could be pregnant.