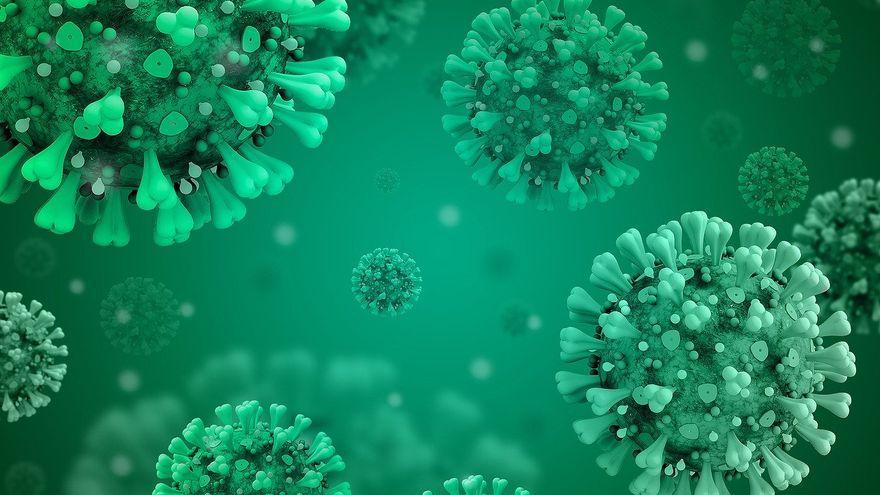 All viruses mutate. And this does not mean that those little pathogens, which are both half alive and half dead, change with the perverse intention of infecting and making people sicker. In reality, each mutation is nothing but an error in the virus copying process. When an RNA virus such as SARS-CoV-2 infects a cell, uses the machinery of copying this, since it lacks its own, and makes thousands or millions of copies of itself, and replication errors of its genetic material occur. The genetic material of this virus consists of about 30,000 bases, that is, a long sequence of four slightly different types of molecules, which we identify with the initials A, C, G, U. Most of these errors consist of entering the wrong letter ( substitutions), although losses or deletions of some of these letters (deletions) have also been observed.

The result of these errors is very random. It may happen that the mutation gives rise to a synonymous message, that is, the protein that the virus produces based on this new sequence of ‘letters’ is the same (see genetic code) and its function would therefore remain the same. This has no impact on how the virus works. It can also happen that the mutation translates into an amino acid change (remember that amino acids are the fundamental pieces of proteins). In this case, the mutant protein is most likely very similar, but more inefficient or even dysfunctional, since the most frequent is that the amino acid change generates changes in the chemical characteristics and in the three-dimensional structure of the protein that impair its function. But mutation is a random process and therefore, if we give it enough opportunities (that is, many trial and error events), a variation can arise that gives rise to a more efficient protein or even a new function.

At that time natural selection comes into play: having an advantage provided by this protein variant due to this mutation, the new strain would successfully spread through the population, displacing other less efficient versions of the virus. It is a probabilistic process. In short, the virus does not “mutate” to better attack people: there is no intention whatsoever. Mutation occurs randomly, and by happening many times, it only increases the chance that a “better” variant will appear (which, in evolutionary terms, just means that it produces more offspring per unit of time). Any new, less efficient or dysfunctional version of the virus is quickly lost and we may not hear from it.

In fact, the appearance of variants of greater virulence or infectivity does not even guarantee their spread in the virus population. To spread it has to reproduce more efficiently and have opportunities to do so. Let’s say that a very aggressive variant appears in a patient who is already isolated in the hospital or even in the ICU: it causes even stronger symptoms, the disease progresses with severity and the patient ends up dying. If it kills the host before it infects others, the virus line dies with it. However, a variant that does not cause a more serious disease, but is transmitted more effectively, will have more chances to disperse asymptomatically and to flow discreetly between humans. Hence the general prediction that variants with lower virulence and higher infectivity end up dominating in the long term in these viruses, as well as in many other pathogens. But, as this is a random process, nothing guarantees that the increase in infectivity will not be accompanied by an increase in the virulence or lethality of the virus.

The speed at which these changes appear depends on two factors: the reproduction rate of the virus and the mutation rate (Figure 1). The first reflects the number of copies of the virus that is produced, per unit of time, in the entire population of infected hosts at a given time. The mutation rate it reflects the probability of inserting a wrong letter, or of having one of those letters won or lost, during a full genome copy round. This rate is directly related to the ability to generate genetic diversity and is generally very high among RNA viruses. While the standard mutation rate in DNA viruses is around 10-8 to 10-6 (one letter wrong for every million or 100 million letters copied), RNA virus such as flu, polio, measles or coronaviruses is much higher, around 10-5 (that is, one error for every 100,000 letters copied). Since SARS-CoV-2 has a genome of 30,000 letters, this means that out of 10 copies of the virus, three will have the wrong letter.

Figure 1. Of every 10 viruses generated in an infection cycle, 3 contain a mutation (indicated by small colored dots). Most of the mutations produced are neutral or, if they have an effect, it is usually deleterious or negative for the replication and functioning of the virus. In four cycles of infection, millions of viruses are generated, and some accumulate mutations. The more mutations a virus accumulates, the more likely it is that the resulting combination is not viable. In the figure, the RNA genome of the virus is represented as a dark gray line. Viruses in which mutations have occurred appear within a frame. Variants that are not viable are crossed out in red.

We have already explained that this would not necessarily have to have a detectable impact, as such changes very rarely result in a more efficient protein. For this reason, they are rapidly eliminated from the population or, at most, they remain “neutral” without significant effects, which allows us, precisely, to estimate the mutation rates and geographic patterns of each new variant of the virus. In addition, coronaviruses in general, and SARS-CoV-2 in particular, have a copy correction system (proofreading in English) in charge of one of its proteins, called ExoN, which checks that new RNA strands are copied faithfully and fixes any flaws it finds. This mechanism, which is not present in viruses such as influenza or polio, causes the error rate in the copy (that is, mutation) be reduced up to 20 times, favoring that the coronavirus genome is more stable and can, therefore, be considerably longer (that of the polio is about 7,500 letters, and the flu does not reach 14,000).

Random one-letter changes in a genome of 30,000 such as SARS-CoV-2, which are normally neutral or negative for the virus, can seem like a negligible danger. But it must be taken into consideration that a cell can be infected by several viruses, that each virus produces hundreds or thousands of copies of itself within that cell and that each infected person (whether or not they have symptoms) can have thousands of infected cells. Let’s say, for example, that we have 1,000 cells infected by about 5 viruses each and that they produce 100 copies of themselves in a single infection cycle (1,000x5x100 = 500,000): half a million copies of the virus will be generated in just 25 minutes. As each copy of the virus introduces 0.3 incorrect letters, the estimated number of new mutations, despite having the system of proofreading of the ExoN protein, it will be 7,500 (500,000×0.3 / 20 = 7,500). In other words, of the 500,000 viruses generated in a single infection cycle, there will be 7,500 that contain a mutation.

The thing is more serious if we consider the dynamics within the host, since it is probable that within it, the most efficient mutations are already multiplying many times, which can increase their infectivity. And it must also be taken into account that the infection of many cells within a single host can lead to an accumulation of mutations: each new mutated version of the virus can infect a neighboring cell and be amplified, produce thousands of copies and generate by chance another virus that already contains two mutations. And there are more possibilities. Since the same cell can infect different versions of the virus, one variant of the virus can recombine with another, giving rise to a new lineage. And so on. All this makes it easier for the new version of the virus to be transmitted by contagion to a new host, in which other mutations can be added by this same mechanism. This is how new strains of the virus emerge. It is estimated that, in the current situation, the SARS-CoV-2 adds around 2 mutations (viable and therefore observable in the virus population) every month. The eradication time of Covid-19 therefore plays against us.

But do not be too scared by these high numbers. As we have already mentioned, when they occur randomly, most of these mutations produce a failed protein and are lost. But as the number of viruses in the human population increases, this probability increases more and more. Let’s think that there are millions of infected people all over the planet and that the real numbers far exceed those of our example (at the time of this writing, we are about to reach 100 million cases since the start of the pandemic, of those who more than 25 million are active cases). These numbers are no more than an approximation, but they give us an idea of ​​how we increase our mutation lottery tickets when we allow such an incredibly high viral load in the human population. It doesn’t seem logical even to “save the economy.”

In the thousands of sequencing of the virus throughout the planet, identified up to 12,000 mutations different. Two SARS-CoV-2 viruses taken from different parts of the globe differ on average by 10 letters from their RNA. In the end, it is not unthinkable that a mutation will emerge that makes the virus more efficient and that this form will spread more and better throughout the population. But let’s not forget that for that to happen, you need to be able to catch it. Knowing that it will take about a year to vaccinate a sufficient proportion of the population (and that this is our only option to get out of this global mess), it is incomprehensible that we are not taking, all countries, drastic measures to flatten the curve until then. The mathematics of the process is as simple as it is relentless: the probability of contagions must be reduced. As long as we are not mostly vaccinated, we will not stop favoring the appearance of mutations that pose new problems.

Each contagion multiplies the chances that the virus will introduce innovations. The more tickets we have, the easier it will be for us to hit the jackpot, which in this case will only bring bad news. It depends on everyone that we stop playing with this virus as if it were a lottery without consequences.