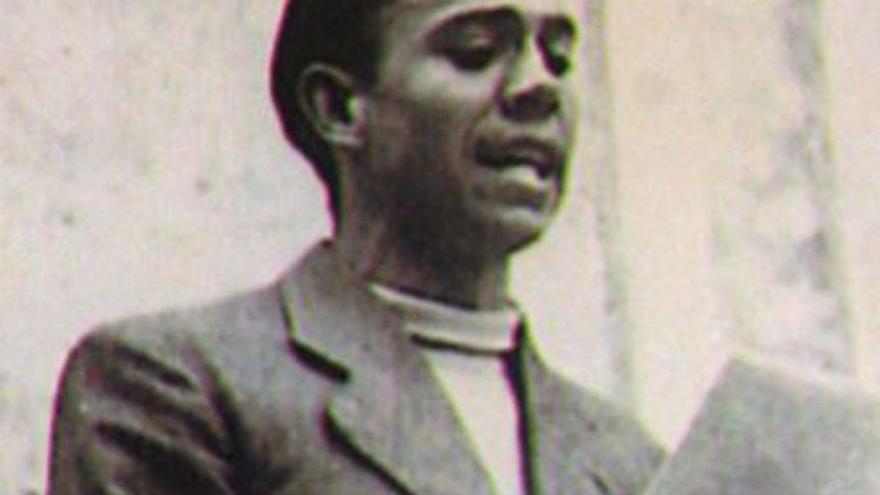 In October 1939, Judge Martínez Gargallo, of the Madrid Military Press Court, asked the Orihuela Military Court in writing to refrain from the process of Miguel Hernandez and send him the set of judicial actions carried out in the Alicante town during the investigation. Neither of the two petitions received a response. Thus, the poet was subjected to two courts martial simultaneouslyto the point that even after his transfer to Madrid to be sentenced, the Orihuela courts continued with the investigation, something "absolutely irregular".

That "obvious illegality"included in the Military Justice Code of the time, is now reflected in a book co-edited by the Ministry of Defence and the University of Alicante, the result of research carried out by the UA professor Juan Antonio Ríos Carratalá. The war councils of Miguel Hernández is the title of this volume that includes the facsimile reproduction of the two summaries against the poet, which are deposited in the General and Historical Archive of Defense, and a 130-page historical study on both processes made by Ríos Carratalá.

The book, which will be presented on March 28 on the occasion of the 80th anniversary of the poet's death, is completed with an introduction about the legal framework that regulates access to the aforementioned documents, written by Guillermo Pastor Nunez, technical director of the Defense Archive.

Detail of the request for inhibition submitted by Judge Martínez Gargallo to the Orihuela court. It was not attended. GAVE

"The court martial against Miguel Hernández has an extensive bibliography, but the studies carried out to date lack two fundamental aspects: the analysis of the documentary series in which these summaries are inserted and the study of the legal actions in light of of the Code of Military Justice then in force," says Ríos Carratalá, who has prepared this study with the advice of specialists in the biography of Miguel Hernández and members of the Military Legal Corps.

"The task culminates the one started at the beginning of the nineties by Enrique Cerdán Tato, José Carlos Rovira, Miguel Gutiérrez Carbonell and Francisco Hellín, who located the summary 21001 by order of the Alicante City Council and published the first results in a booklet of the newspaper 'Informacion ', a medium that belongs to the same editorial group as this newspaper," says the professor.

The main contribution of this investigation is the demonstration that the process was illegal. "Both courts martial simultaneously judged the same facts of a single defendant, without, despite the requests made by the Military Press Court, the courts of Orihuela, Elche and Alicante, which continued with the investigation, not being inhibited". An action that was irregular in light of the Code of Military Justice, but that was carried out "with full awareness of it by those involved; judging for the same act in two different places was not legal or under Franco" , it states.

In this image of the summary 21001, with the signatures of the investigating judge, the secretary and the accused, the possible guarantors indicated by Miguel Hernández are realized. The guarantees were never processed and were not sent to the court that judged the poet. GAVE

Another of the issues that this study clarifies is that of the guarantees cited by Miguel Hernández to obtain his release, since they were never processed. "Since the military court of Orihuela did not inhibit itself, the investigating judge of Madrid did not have the opportunity to include in the summary the documents signed by the guarantors so that they could be taken into account by the court that sentenced the poet." In this way, the investigator points out, "the sentence was issued without any possible testimony in defense of the accused, who also lacked a defense attorney until a few hours into the plenary session."

However, the legal validity of the endorsements located in favor of the poet or of which there are references to their existence is practically nil. "The guarantors never appeared, for various reasons, at the Military Press Court to validate them before the investigating judge. The efforts of these possible guarantors were carried out outside the legal channels and, therefore, had no repercussions whatsoever. in the summaries. Nor is it proven that they had it in the decision to commute the death sentence, which had already been practically adopted even before the sentence was handed down, according to the testimony of Minister Ibáñez Martín in a letter addressed to Dionisio Ridruejo."

Ríos Carratalá also questions the actions of the group of Falangist poets and intellectuals, such as José María de Cossío, José María Alfaro, Rafael Sánchez Mazas or Dionisio Ridruejo, who claimed to have worked to obtain the freedom of Miguel Hernández. "This is questioned in the study because some false attributions are revealed, surprising silences about the links with the repressors and data that relativize the real scope of these efforts."

The commutation of Miguel Hernández's sentence was approved after the poet died, as seen in this document. GAVE

During the investigation, it has also detected date errors, incomplete data, the absence of mandatory reports or unjustified variations in the evaluation of the evidence. "They are errors resulting from haste and the absence of guarantees, which are surprising due to their quantity and importance compared to other summaries ordered by the Military Press Court."

The most striking error is recorded in the Auto Summary, a document that is used to pass the court where the investigation is closed, which is dated January 1939. "Miguel Hernández was arrested in May of that year, so he had to have post 1940".

The investigation also provides documentary testimonies, "until now not taken into account", of some of the Army officers who intervened in the process. "These documents show an obvious animosity toward the defendant and all Republicans."