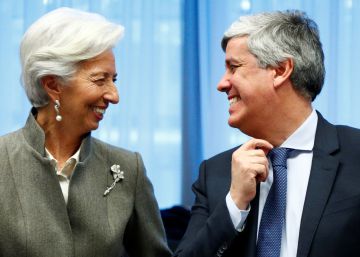 The euro zone countries They agreed on Thursday to give their public accounts a “slightly expansive” budget orientation in 2020 and 2021. After years claiming stability in public accounts, finance ministers gave the green light to a document that suggests new fiscal stimuli if risks such as the commercial war or the coronavirus further ballast the economy. Always, yes, within the rules of Stability and Growth Pact. The partners of the single currency also say they are willing to coordinate their policies.

Austerity was followed by prudence. In recent years, single currency countries have started the year with a recommendation to maintain a “broadly neutral” fiscal position in the euro area as a whole. The calls of the European Central Bank so that Germany and the Netherlands prepared to invest to soften the slowdown had barely any effect in those States, which have large fiscal cushions. Although the two countries were willing to do so, Germany accumulated a public surplus of 1.4% of GDP in the third quarter of the year; and the Netherlands of 1.7%, according to Eurostat data.

“Our growth level it is insufficient, ”said French Finance Minister Bruno Le Maire, who stressed the importance of the agreement. “This is the first time that the countries of the euro zone have said,‘ yes, we are prepared to use the budget if we see that there is a slowdown and we must take over monetary policy“He added.

After a 2019 in which Germany grew just 0.6% and with a 2020 that starts with the threat that the outbreak of coronavirus or Covid-19 In order to curb growth, the euro countries decided to move from fiscal neutrality to a “slight” expansion. There was hardly any debate in the Eurogroup. In part, because the document had been meticulously worked on a technical level. But also because Europe believes to see the ears of the wolf with the unpredictable trade policy of Donald Trump, and the growing sources of instability and social unrest, inside and outside the continent.

The countries of the euro, according to the recommendation approved in the Council, foresees that the potential growth of the Nineteen remains “below pre-crisis levels” and that the labor market improves at a slower pace, with pending challenges over the “quality of employment”.

In addition, the document recalls that the slowdown comes when some countries – Greece or Italy – have not yet recovered the levels of income prior to the Great Recession, while the differences between the euro economies have not closed. “At the current juncture, Member States are recommended to adapt their budgetary orientation to their available fiscal space. If the downside risks materialize, the fiscal response should point to a more supportive position at an aggregate level, respecting our fiscal rules, ”the European Parliament said. President of the Eurogroup, Mário Centeno.

The role, however, is the result of the balances achieved at the technical level. The countries that defend fiscal discipline accept that they should give a “greater boost to investment and other productive expenses” to favor growth in the medium and long term and “rebalance the economy of the euro zone”. However, the most indebted commit themselves to prudence and “structural reforms”, which they consider “crucial” to improve “budget sustainability.”

Another aspect that made it difficult to approve the text was the inclusion of references to work for an agreement on “a common consolidated basis” of corporate tax to avoid and fight against “tax fraud, evasion and tax avoidance”, in particular through “measures against abusive tax planning”.