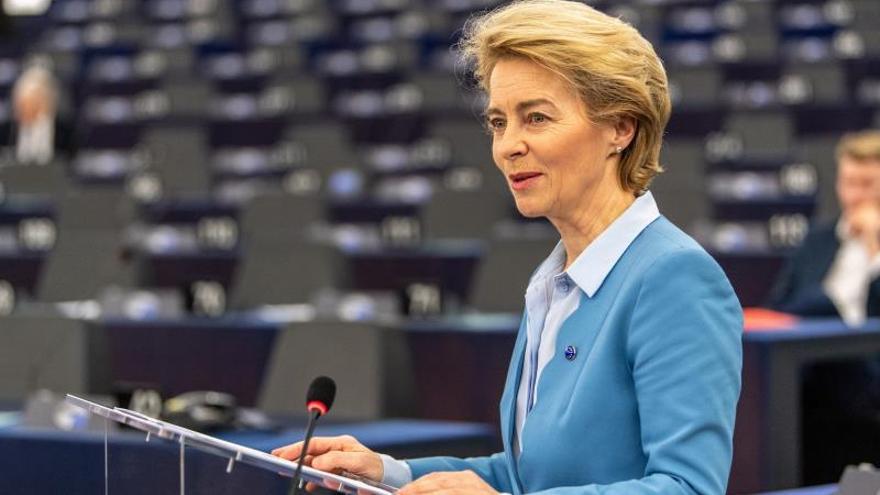 The European Union may join this week the group of countries that have already started vaccination against the coronavirus. The European Medicines Agency (EMA) approved the COVID-19 vaccine developed by Pfizer and BioNTech on Monday after concluding its evaluation of the safety and efficacy data, which it considers “strong enough” to recommend its use. authorization.

Just three and a half hours later, the EU has taken the last bureaucratic step: the European Commission has granted the conditional marketing license to Pfizer, that is, an authorization that requires special vigilance, as announced by the president of the executive arm of the UE, Ursula Von der Leyen.

“Today we add an important chapter to a European success story, making the first COVID-19 vaccine available to Europeans. More will come. It will be available to all EU countries at the same time, under the same conditions,” he said. Von der Leyen in a tweet.

After this step, European countries will be able to mobilize to launch their vaccination campaigns between December 27 and 29, as envisaged by Brussels. In Spain, the first doses of vaccines against COVID-19 will be received in Spain on Saturday, December 26, and they will begin to be administered throughout the country on Sunday, December 27, according to the Health Minister, Salvador Illa, last Friday. After a first shipment, deliveries are expected every week.

“Today’s positive news is an important step forward in our fight against this pandemic, which has caused suffering and difficulties for so many,” EMA director Emer Cooke stressed at a press conference in which the agency explained the result of the extraordinary meeting in which the Pfizer vaccine was discussed, the first to be approved by the EMA, the agency in charge of controlling and studying the medicines used in EU countries.

“This is really a landmark scientific achievement,” Cooke said. “We have achieved this milestone thanks to the dedication of scientists, clinicians, developers and trial volunteers, as well as many experts from all EU Member States.”

The agency called the extraordinary meeting this Monday after pressure from several countries, although he had a meeting scheduled that he had scheduled for December 29, in case his experts needed more time.

Later than other regulators

The agency received the marketing authorization request for the vaccine from Pfizer on December 1. This “very short term” (although longer than that of regulators in the United States, United Kingdom, Canada or Switzerland) is due, according to the agency, to the fact that the agency has been analyzing thousands of pages with collected clinical and non-clinical information by the manufacturer and received by the EMA in real time since October. The information analyzed includes data on the production process, preparation, dosage of the vaccine, as well as the results of laboratory tests on animals and people.

The agency, based in Amsterdam, is also subject to the official restrictions applied in the Netherlands to stop the spread, so all its experts work and hold their meetings virtually in recent weeks, reports EFE.

The EU will thus join the United Kingdom, the United States and Canada in the coming days, which have already begun to administer the Pfizer and BioNtech vaccine, which, according to preliminary data, is 95% effective and requires two doses. It is a pioneer because, like that of the Modern pharmaceutical company, it uses the technology of messenger RNA or mRNA, which is introduced into human cells so that the body itself produces viral proteins that serve to generate the antibodies it needs to defend itself.

Once authorized for conditional marketing in the Member States, as is the case with all medicines, “EU authorities continually collect and review new information on medicines once they are on the market and take action when necessary,” he explains. the EMA. According to the EU plan, the monitoring “will be carried out more frequently and will include activities that specifically relate to COVID-19 vaccines.”

The companies, for example, “will provide monthly safety reports in addition to the regular updates required by legislation and will conduct studies to monitor the safety and efficacy of COVID-19 vaccines after their authorization.”