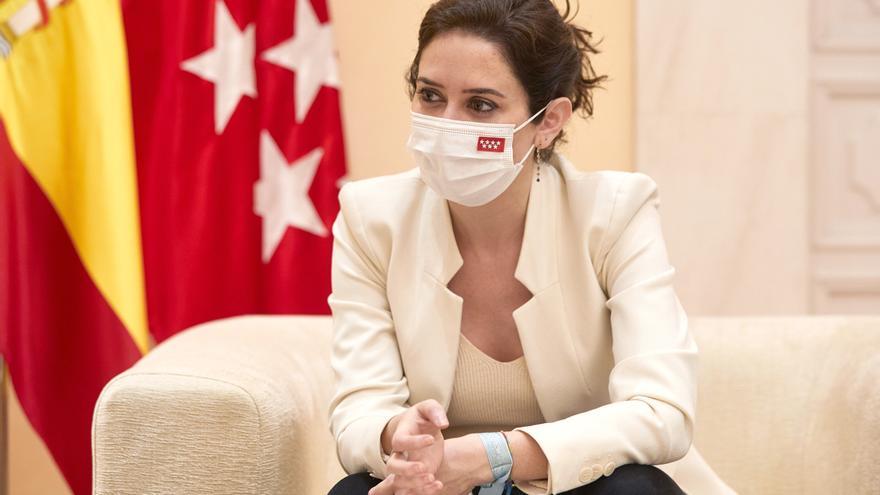 The European Public Prosecutor's Office has issued a statement in which it harshly charges the decision of the Spanish Public Ministry to leave the investigation in Madrid about the mask contract for which the brother of Isabel Díaz Ayuso charged a commission. The text made public this Wednesday reproaches Dolores Delgado for having made the decision being "partial" by being in charge of the Prosecutor's Office, without listening to the parties and even accusing the Spanish body of challenging the supremacy of the regulations of the European Union over the national.

The European Prosecutor's Office that wants to investigate Ayuso's contracts, a new body cornered by the whipping of the Gürtel

The European Prosecutor's Office explains in this statement that it does not share the decision of the Spanish Prosecutor's Office and that "it will continue with its investigation" into the contract for which Isabel Díaz Ayuso's brother charged a commission.

The European Public Prosecutor's Office, whose Spanish representative is the former Anti-Corruption Prosecutor Conception Sabadellclaimed for himself the investigation on the contract revealed by elDiario.es. Awarded in the worst of the first wave to a company of a childhood friend of the president of the Community of Madrid to obtain masks, the investigators want to know if there was any irregularity in the award and in the fact that Díaz's brother Ayuso also charged a commission.

Anticorruption refused to hand over the case and a few days ago the Board of Prosecutors supported the decision. The decree, signed by Dolores Delgado, defended that there were no crimes of embezzlement on the table and that European funds had not been affected, so there was no reason for the investigation to be carried out exclusively by the European Public Prosecutor's Office. He opened the door for Anticorruption to continue with the investigations and for the European Public Prosecutor's Office to do the same with theirs.

A decision that has not pleased the community body, which had even proposed leaving the case in the hands of the Court of Justice of the European Union in Luxembourg to make a final decision. On this statementthe agency expresses its "concern", pointing out that the State Attorney General is "partial" in the procedure as she is the leader of the Prosecutor's Office and that, in addition, the decision has been made "without listening to the two parties to the conflict of jurisdiction during the meeting of courtroom prosecutors”.

The statement made public by the agency also explains that the doubts and criticisms come from the "European Chief Prosecutor", Laura Condutra Kovesi. She was put at the head of the European Public Prosecutor's Office in 2019 after five years at the head of the Romanian Anti-Corruption Directorate and being the country's general prosecutor for another six years.

The national regulations explains that an investigation by the European Public Prosecutor's Office in our country must be carried out under the tutelage of a judge of guarantees from the National High Court who, in this case, will be Alejandro Abascal.

The role of this judge of guarantees is to launch investigative proceedings, agree on precautionary measures, keep the investigations secret, file or send the case to trial and protect witnesses and experts if necessary.