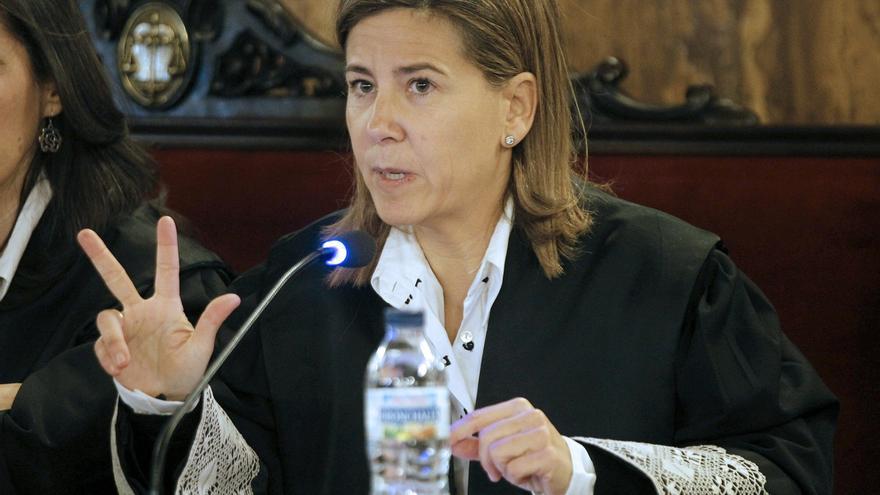 This organism began to develop in October 2017, when Spain and 19 other member states agreed to set up the European Public Prosecutor's Office to bring to justice those who commit crimes "against the financial interests of the Union". It was not until last summer that this Office of the Prosecutor came into operation, with an organic law that regulated the adaptation of the Spanish legal system and several names for the Spanish delegation: among others, Concepción Sabadell and Pablo Ruz. The first is the prosecutor who promoted the accusation of the Gürtel case. The second is the judge who for the first time considered proven the existence of a black money box within the Popular Party.

There is no public data on how many cases this European Public Prosecutor's Office has studied in these months of operation, but Concepción Sabadell herself has made it clear that in Spain it has started quickly and strongly. On an interview granted to the website of the General Council of Spanish Lawyers (CGAE) in February, the prosecutor appointed by Spain explained that she had received "about 2,800 complaints, around 600 investigations have been initiated" and that the Iberian country had quickly gained prominence. "We have received many complaints from individuals, more than a hundred," said Sabadell about the data that affects Spain. In most of the cases, she continued, they were verifying if they were cases under their jurisdiction since "we are not competent for all crimes and many of these complaints, unfortunately, we cannot take on."

One of those cases now is that of Priviet Sportive SL and the contract of 1.5 million euros awarded by finger by the Community of Madrid in the worst of the first wave to bring masks to Spain. A contract that, as revealed by elDiario.es, was awarded to a businessman friend of the family of President Isabel Díaz Ayuso and for which her brother, Tomás Díaz Ayuso, received a commission. The European Public Prosecutor's Office is taking its first steps and there are few cases that have already been prosecuted or that have ended in a sentence in any country of the European Union. "It is evident that with the notable increase in funds, the risk of fraud will increase," Sabadell ventured in the interview with the CGAE. Especially in our country. "In Spain I believe that subsidy fraud is going to be the largest percentage of our procedures. We are still starting, but it seems to be pointing in that direction," he explained.

That is what the European Prosecutor's Office wants to investigate on Priviet Sportive and the Spanish Law signed last year regulates in his fourth article how far can you go. They can prosecute crimes against the Treasury of the Union when they do not deal with national taxes, the fraud of subsidies and European aid, money laundering, bribery or embezzlement when they affect the financial interests of the EU and, finally, criminal organizations. In the case of this contract, they understand that money from the European Union could have been embezzled, something that Anti-corruption, the origin of the conflict, has rejected for now.

The rule makes it clear that the European Public Prosecutor's Office he has no carte blanche to do anything before the investigating courts that investigate these cases, but that can initiate actions just like the Spanish Prosecutor's Office: request the help of the authorities, give instructions to the Judicial Police but not to other members of the Public Prosecutor's Office, although they can may request their collaboration through the State Attorney General's Office. A judge of guarantees, in addition, will ensure in the National High Court for the development of all these investigations, for example, authorizing investigation procedures or agreeing precautionary measures if necessary.

On June 27, 2020, a year before its launch, the European Council appointed the European prosecutors with the Romanian jurist Laura Condruta Kövesi at the helm. Among them was the French anti-terrorist prosecutor Frederic Baabthe German prosecutor specializing in cybercrime Andrew Ritter and on behalf of Spain Concepcion Sabadell Butcher. This prosecutor with 25 years of experience joined in 1997 to the Prosecutor's Office in Gipuzkoa and, a decade later, was named member of the Anticorruption Prosecutor, then with Antonio Salinas at the helm. In the last decade his name has been linked to one of the biggest cases of corruption that have passed through the National Court: the Gürtel plot.

His signature is on the letter that requested more than 100 years in prison for Francisco Correa in the first great trial of the corrupt plot and his voice was the one that confirmed before the judges that he considered that the Popular Party should be condemned as a profit-making participant. for having benefited from the black money that the plot handled in Majadahonda and Pozuelo de Alarcón. The "box B" of the Popular Party that ended up causing the departure of Mariano Rajoy from the Government was, said Sabadell in October 2017"fully and overwhelmingly accredited".

Along with her there seven European Delegated Prosecutors also selected by Spain and who are part of the body of European prosecutors. And they are no strangers to corruption investigations either. One of them is Paul Ruz, a judge who took over the reins of the Gürtel case in 2012 after arriving at the National High Court two years earlier as a substitute for Baltasar Garzón. In the three years in which he investigated the plot, some of the great milestones of the case were produced: he promoted the investigation into the parallel accounting of the Popular Party after El País published the Bárcenas papers, he investigated the money that the plot saved in Switzerland and left the piece called 'Epoca I' ready for trial in which the PP was accused of benefiting from the plot.

another name of the list of members of the European Public Prosecutor's Office is Laura Pellón, Anti-Corruption Prosecutor in the Balearic Islands who has promoted the accusation in cases such as They are spases against former president Jaume Matas. For her part, Gloria Yoshiko Kondo has worked as a specialist in economic crimes since 2011 and was part of the team of prosecutors that urged and achieved the closure of the open case around the feminist 8M of 2020. Joaquín González-Herrero, for her part, is Prosecutor of the National High Court since 2018 and has served as counselor of the European Office for the Fight against Fraud. Along with them, Ohiana Azcue, María Elena Lorente and Olga Muñoz also practice.