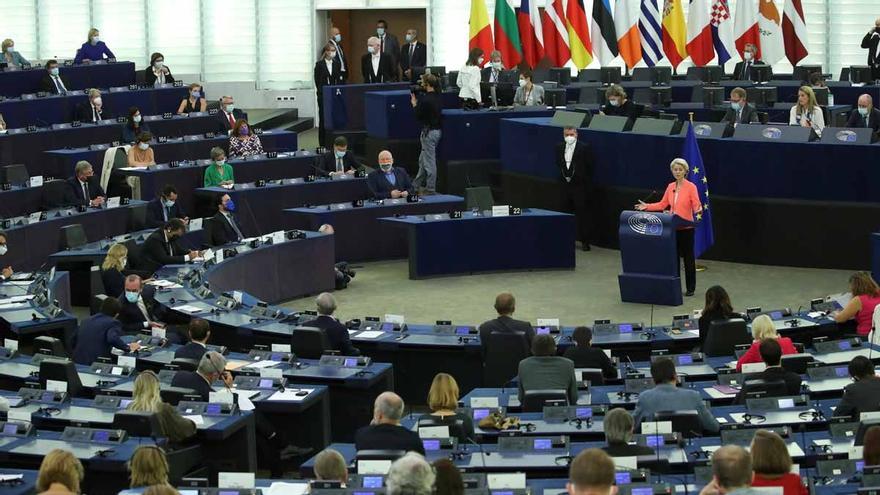 The European Parliament you have violated your own directives by transferring data of citizens to the United States. A year after the European association in defense of privacy Noyb published that complaint, the European Data Protection Supervisor (EDPS) has given him the reason this Tuesday in a letter in which he admonishes the European Parliament and forces it to rectify to comply with current regulations.

This case began when it was revealed that an external service that the PE enabled so that citizens could book tests of the covid-19 used Google Analyticsa popular audience analytics tool in Internet that automatically transfers the data, in this case of European citizens, to the US.

Since last summer the European Union (EU) considers that the North American country does not guarantee adequate treatment that protects the privacy of European data. Until then, Brussels had a rule, known as 'Privacy Shield' (Security Shield, in English), which allowed the flow of data to the other side of the Atlantic. This norm was knocked down by a judgment of the Court of Justice of the European Union (CJEU) understanding that, in the hands of Washington, these data could end up being used for the mass surveillance.

The reprimand to the European Parliament, established by its own supervisor, marks the way towards a toughening of European policies to guarantee the digital privacy of its citizens. However, the decision of the EDPS (depending on the European Comission) does not entail an economic penalty.

"The EDPS has made it clear that even the use of a cookies from a US provider violates EU privacy laws," said the chairman of Noyb, the Austrian activist max schrems.

Despite the fact that European legislation no longer contemplates the sending of data to the US, technological giants that operate in European territory such as amazon, Google or Facebook They keep sending your data to US servers. The setback of European justice to the law that allowed the flow of information between Brussels and Washington, yes, has opened an important debate for the large number of companies that digitally depend on these large corporations.