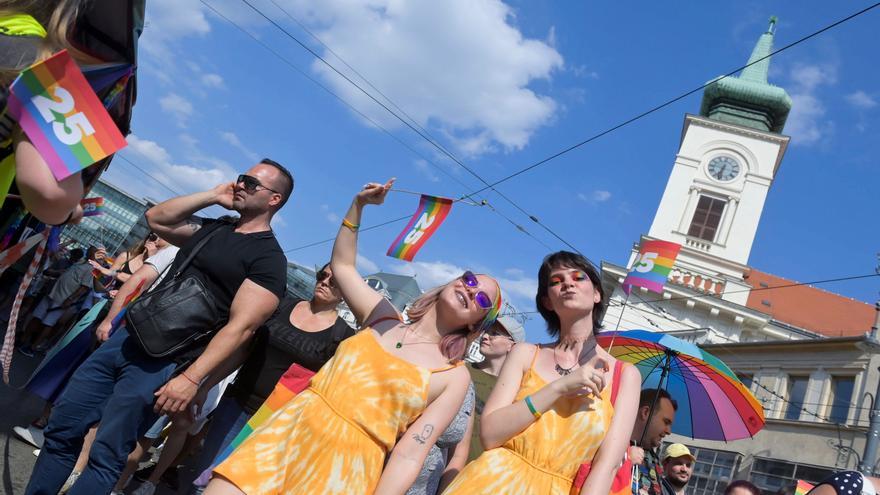 That an equal marriage in Spain is automatically recognized in Poland. That two mothers are recognized as such in Hungary. This is what the European Parliament has requested this Tuesday in a resolution approved by 387 votes in favor, 161 against and 123 abstentions in the heat of the homophobic and authoritarian offensive in Warsaw and Budapest. Of course, he has done it with the Abstention of the popular Spanish and the vote against Vox and the rest of the extreme right of the European Parliament.

In the approved text, MEPs underline that LGTBIQ people must be able to exercise their fundamental rights, including the right to freedom of movement, throughout the territory of the European Union. A text that stems from the numerous petitions on the discrimination faced by LGTBIQ families in Poland and Hungary, which has led the Petitions commission, chaired by Dolors Montserrat – who signs a resolution that has not voted – to draft a motion for a resolution in order to ensure a specific follow-up of admissible petitions involving the entire European Parliament.

The text warns that, although the EU has experienced progress in terms of marriage and civil unions, adoption rights for LGTBIQ people and legal protection against discrimination, incitement to hatred and hate crimes, ” they have produced setbacks, such as hostile rhetoric from elected politicians and waves of homophobic and transphobic violence. ”

Marriages or civil unions formed in a Member State must be recognized in other EU countries, and spouses or members of the union must receive the same treatment as those who form heterosexual marriages and unions, say MEPs.

The text recalls that the Court of Justice of the EU already declared in a 2018 sentence that the term “spouse” used in the directive on free movement It is also applicable to homosexual couples, and therefore asks the European Commission to act against Romania, whose government has not complied with the sentence.

Thus, MEPs urge all Member States to legally recognize the adults mentioned in a birth certificate issued in another Member State as the child’s legal parents, regardless of legal sex or marital status, to avoid converting to children in stateless persons when moving to another country of the Union. They insist that LGTBIQ families must enjoy the same family reunification rights as those made up of heterosexual couples.

Following the discrimination suffered by the LGTBIQ community in Poland and Hungary, the European Parliament encourages the European Commission to use the instruments at its disposal (infringement procedures, provisional measures and budgetary tools) against these countries.

The resolution also supports “the commitment of the European Commission to propose a legislative initiative with the aim of expanding the list of EU crimes to crimes motivated by prejudice and hate speech, even when targeting LGTBIQ people.”