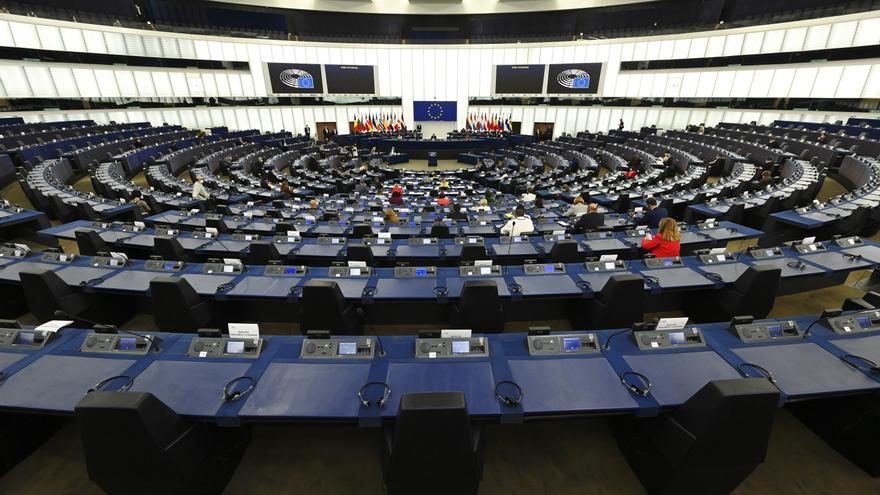 The European Parliament wants the 750,000 million of the European recovery funds to go for reforms that entail improvements in the social conditions of the people. Thus, an amendment by the group of the Left in the European Chamber approved - 368 votes in favor, 275 against and 48 abstentions - within a resolution on the recovery mechanism states: "The creation and promotion of quality employment is one of the the objectives included in the regulation of the recovery and resilience mechanism, and this should be done through a comprehensive package of reforms and investments in order to promote stable contracts, living wages, the coverage of collective bargaining and a minimum level of social protection, including decent pensions above the poverty line ".

During the debate in plenary, the president of the European Commission, Ursula von der Leyen, announced that "next week the European Commission will begin to test the recovery plans for their adoption. [después] of Council [los Gobiernos]Von der Leyen said: "Our recovery is going to get under way. Money is going to start flowing in the next few weeks. To date we have received 23 national plans. These plans send out a very clear signal, a very clear message: Europeans are ready for a new beginning. "

And Spain, Portugal, Greece and Denmark are some of the candidates to receive the approval of the European Commission in the next week (on June 17 and 18 there is Eurogroup and Ecofin). Spain, for example, delivered its plan on April 30, and the European Executive had up to two months to make its evaluation, a preliminary step for the Council, which has up to one more month.

To do this, the EU has had to overcome the last major obstacle so that the 750,000 million euros of recovery funds agreed almost a year ago after five days of negotiations between the Heads of State and Government in Brussels begin to arrive. That step was the approval by the 27 national parliaments of the order of own resources, the necessary and essential legislation that enables the European Commission to go to the markets to issue community debt with which to finance European funds, of which 140,000 will go to Spain - although, for now, it has only requested the 69,500 million corresponding to transfers and not to credits, which can be requested until 2026 -, which expects the first 9,000 this summer - 13% of pre-financing.

The president of the Socialists in the European Parliament, Iratxe García, has affirmed in the debate: "We will not allow austerity to return. The Commission, the Council and this Parliament must take a great leap with a great social pact like the one that gave birth the Welfare State after the Second World War ".

The vice president of Renew Europe and spokesman for Ciudadanos, Luis Garicano, for his part, has been critical of Von der Leyen about the Spanish plan: "In Spain's plan I see three serious problems: the lack of reforms; the plans spend a lot of money in things and not in citizens, green investment must be transformative, not consumer goods subsidy. I hope it does its job and is not a lost opportunity for Europe. "

The vice president of the Greens and MEP of Catalonia in Common, Ernest Urtasun, has defended, for his part: "There are things that concern us as green, such as the minimum 37% in ecological transition or the gender perspective". And he has responded to Garicano: "The reformist agenda of the Spanish plan is the greatest in history. Some criticize because they do not like the reforms, if someone wants there to be pension cuts, let them say so. But the times of the troika have passed. We must look to the future. "

The Junts MEP, Carles Puigdemont, also said at the Strasbourg plenary session: "There are billions that could go to SMEs and they will go to large companies, this is unacceptable." The ERC MEP, Jordi Solé, has criticized "that the regions have not been involved in the recovery plans, the regional governments must be involved in the governance of the funds."

The European Commission has recently improved the Spanish economic outlook (from 5.6% to 5.9%) thanks to the impact of European funds, which will grow above the EU average in 2021, although they are still below those of the Government (6.5%). The projections of the Community Executive project that the EU economy will expand by 4.2% in 2021 and 4.4% in 2022, while the Spanish one will lead and reach 5.9% in 2021 and 6, 8% in 2022. This represents a significant improvement in growth prospects compared to the 2021 winter economic forecast presented by the Commission in February. "Growth rates will continue to vary across the EU, but all Member States should see their economies return to pre-crisis levels by the end of 2022," says Brussels.

Therefore, "the strong rebound expected from the second quarter of 2021 should allow Spanish GDP to return to its pre-pandemic level by the end of 2022," says Brussels, adding: "The implementation of the Recovery and Resilience Plan [los 140.000 millones de fondos europeos] will play an important role in economic expansion, particularly in 2022. Dynamic domestic demand is expected to be the main driver of the recovery, accompanied by external demand in 2022, when tourism is expected to return to more normal conditions. The economic recession worsened the general government balance in 2020, but the deficit is expected to gradually decrease from 2021. "