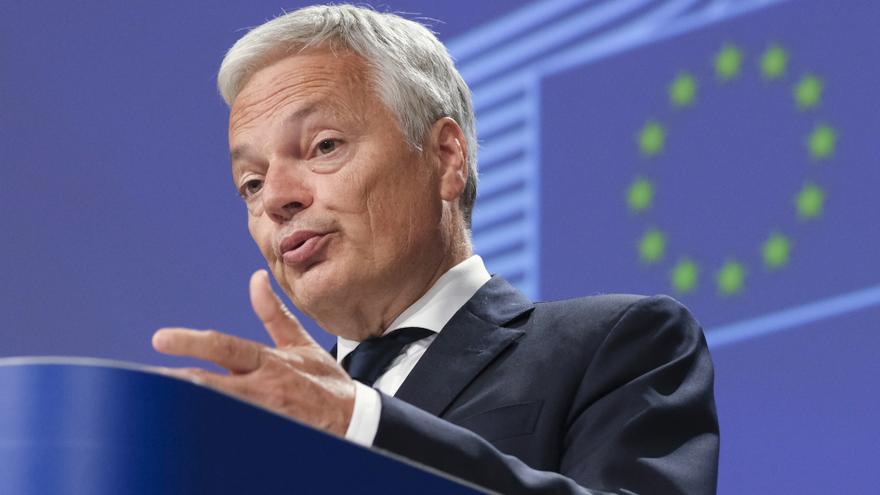 The Eurocamara asks that the Euroorder be modified. The reform, promoted by the Spanish PP and Citizens in Brussels since the departure of Spain of Carles Puigdemont and half of his government exactly three years ago after 1-O, has taken a new step with the support of the Committee on Freedoms of the European Parliament of a proposal drawn up by the MEP popular Javier Zarzalejos. The document has obtained 45 votes in favor, 14 against and 9 abstentions. Popular, Socialists and Citizens have supported the reform, while UP and ERC have voted against and Vox has abstained. The report could be submitted to the vote of the next plenary session of the European Chamber, scheduled for December 14 to 17 – in any case, it is in the hands of the governments of the 27 that undertake this reform and the European Commission that makes its proposal – .

“The ultimate goal is to improve this key instrument of judicial cooperation between EU countries to prevent those responsible for serious crimes from avoiding the action of justice by moving to another member state of the Union,” said Zarzalejos.

The MEP for Citizens and vice-president of the Civil Liberties commission, stated: “In this text, on which we have worked for more than a year, we propose a reform of the form and substance of the list of 32 criminal categories that includes incorporating categories that, due to their seriousness or because they contain transnational elements, they must be included, such as crimes that involve the use of violence or a serious threat to the public order of the Member States and crimes against the constitutional integrity of the Member States committed through the use of violence “.

Indeed, the proposal includes automatic extradition for “crimes against public order and constitutional integrity committed with violence.” In the initial drafting of Zarzalejos, which received the support of Vox – not the definitive one, in which it abstained – they spoke of “the constitutional integrity of the Member States”, without mentioning “violence”, with an eye on in Puigdemont.

The European Commissioner for Justice Reynders, in his speech to the committee in September admitted: “We do not have to assess the situation of individual cases, but we are assessing the concrete nature in Belgium and Germany, since these cases have been mentioned. And one last Comment: We are discussing fundamental rights, the protection of citizens, but as they have said, we must also keep the victims in mind. It is important to take their situation into account. If they get the majority for changes or amendments, we will study the proposals. But It is necessary to see if there is a majority in his committee and in the plenary session of Parliament.

Among the main measures included in the report prepared by Zarzalejos approved this Tuesday in committee, is the expansion of the list of crimes – currently it is 32 – in which the delivery of an accused by one member state to another automatically. The Civil Liberties Commission has established that crimes such as attacks on the constitutional integrity of the member states or against public order with violence are included; identity theft; crimes of genocide, war and crimes against humanity; sexual abuse; and certain crimes related to the environment and tax evasion. Currently these crimes are covered by the euro order, but the delivery is not carried out automatically, but rather requires the control of the so-called double criminality.

The reform proposal also establishes that, in accordance with the principle of mutual recognition, Euro-orders issued by one Member State must be recognized and executed directly by another Member State, except in certain very specific cases. Currently, the principle of double criminalization means that the delivery of the accused can be made dependent on the fact that the act committed constitutes a crime in the member state that executes the euro order.

In this sense, the report asks that when a member state refuses to execute a request for a euro order based on an alleged risk to respect for fundamental rights, this state will have to justify that rejection with objective arguments, to avoid legal uncertainty and potential impunity of the accused of the crime.

MEPs also ask to reduce for certain crimes – such as human trafficking, sexual exploitation of children or child pornography – the 3-year sentence threshold from which the Euroorder can be applied. In addition, they demand that the sanctioning capacity of the European Commission be increased to open infringement procedures to member states that do not comply with the rules of application of the euro order “.

The IFM fund launches a partial takeover bid for Naturgy for 5,060 million euros