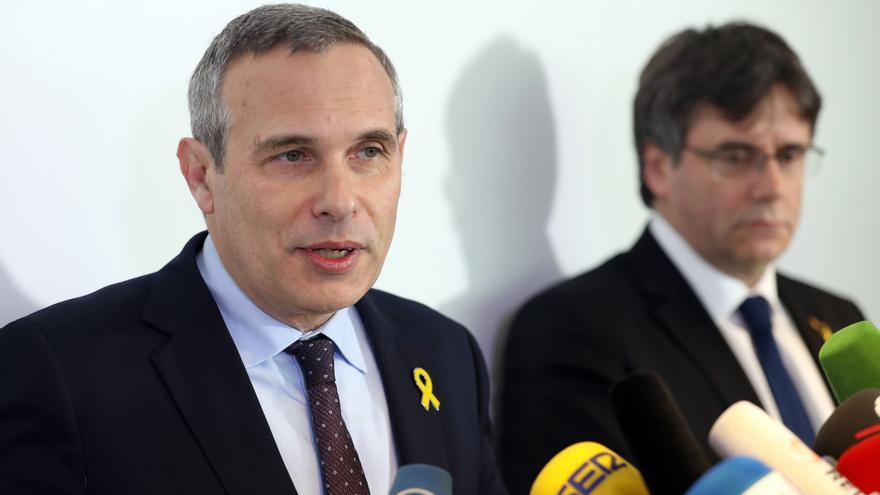 The European Parliament asks to investigate the contacts of Russia with the surroundings of Carles Puigdemont. According to an amendment by the European Socialists approved this Wednesday in a report on EU-Russia political relations, "recent revelations about close and regular contacts between Russian officials, including members of the security service, and representatives of a group of Catalan secessionists in Spain they require an in-depth investigation ".

The amendment refers to information published by The New York Times in which he affirmed that the director of the office of former president Carles Puigdemont, Josep Lluís Alay, traveled to Moscow in 2019 to meet with Russian authorities, former members of the Kremlin intelligence service and "the grandson of an important spy." The newspaper cited, among other sources, the reports provided in the Volhov case, where it is stated that Alay was seeking Russia's support for the independence movement. Both Alay and Puigdemont have confirmed this trip, but they tell the New York newspaper that "it is part of regular contacts with foreign authorities and journalists" and deny that they sought Moscow's support.

"Although the fake news bear the stamp of the information services, they are still pure rubbish," Puigdemont tweeted: "The discredit to which some European institutions are dragged by their nationalist obsession or because of their partisan stubbornness is unfortunate. don't give a damn. "

What the European Parliament has approved this Wednesday, by 462 votes in favor - popular, socialists, liberals and part of the extreme right -, 113 votes against - The Left, part of the Greens and another part of the extreme right - and 95 abstentions - thick from the Greens - is that these contacts between the Russian authorities and those around Puigdemont "require an in-depth investigation" because "they could be one more example of Russian interference in the Member States and of Russia's constant attempts to exploit any issue it can to promote internal destabilization in the EU. "

The report, which is voted on this Thursday and in all probability will be approved, has been prepared by the popular Lithuanian Andrius Kubilius, while the amendment has been proposed by the Croatian socialist Tonino Picula.

The Kremlin, for its part, has denied being involved in the independence process and has said it is unaware of Alay's contacts with Russian officials in Moscow.