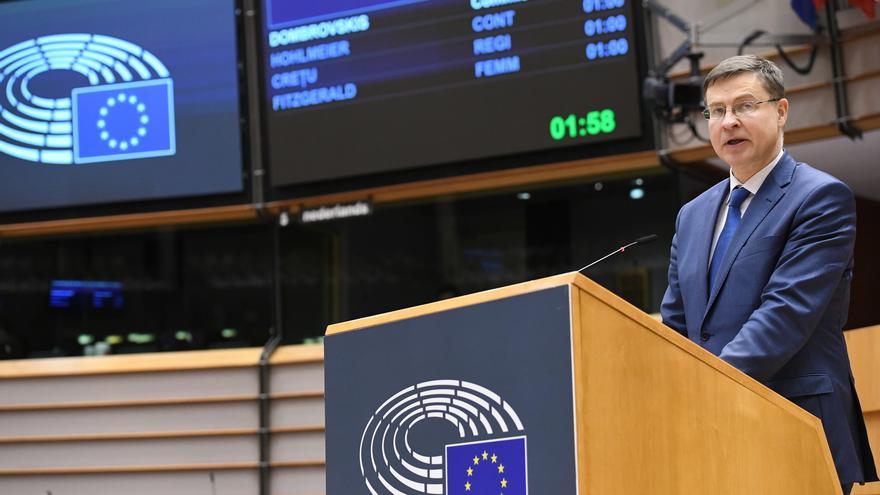 The European Parliament asks to bet on the “social dimension” in the face of austerity to get out of the COVID-19 crisis. It has done so by approving the report (508 votes in favor; 121 against and 64 abstentions) on the envelope on the European Semester for the coordination of economic and social policies, which calls for a “social agenda to improve economic governance and democratic health “.

Socialist MEP Lina Gálvez has called for “a new economic and social framework that lays the foundations for a new Europe, which will mitigate the suffering and discouragement suffered by a large part of the European population.”

Gálvez, who is the rapporteur for the report of the European Semester for the coordination of economic and social policies, has said that it is necessary to “design a roadmap in which rights and social objectives and equity are a central part of our governance and politics. We have no excuses, COVID19 has put us in front of the mirror and we must face the profound socio-economic consequences of the pandemic by offering political solutions that leave no one behind. ”

During the debate in the Plenary of the European Parliament, the person in charge of the report has also advocated including economic indicators that are capable of perceiving the social problems posed by the economy, while defending that all Member States be allowed to “take advantage of to maximize the potential offered by the escape clause, to support companies with difficulties and lack of liquidity, safeguarding the jobs and working conditions of European workers, and to invest in people and basic systems of social welfare “.

“The foreseeable national reforms must be based on solidarity, integration, social justice with the aim of creating quality employment, moving towards a new social organization of care that does not fall mainly on unpaid or recognized work of women”, the MEP has asked.

He also recalled that “on any given night in the European Union, 700,000 people sleep on the street or in shelters (70% more in the last 10 years) or that the COVID-19 crisis has worsened physical and mental health, especially of the most vulnerable groups, “a reality that, according to Gálvez, has shown that” the previous political and economic discourse is no longer valid for us, and therefore, we cannot repeat the same mistakes as in the previous crisis, “he said. the report’s rapporteur had an impact.

Finally, he said that the European Parliament “must review the entire process, from the review of the indicators to the supervision of the recommendations made to the Member States.”

The PP MEP Isabel Benjumea, however, has called “to control spending”, to avoid “a new Plan E on the table, which is only spending, but not investments that make us come out stronger, more competitive, and resilient “.

“Control over spending and labor and structural reforms is essential so that the Europeans who come have opportunities,” Benjumea said: “The Semester gives recommendations for financial stability and for us to be more competitive. We have just approved a huge outlay for the crisis of the pandemic, and those recommendations cannot be diluted because they are more important than ever. We need this spending to be done in the most efficient way, as a Spaniard I know what I’m talking about. ”

The vice president of Renew Europe, Luis Garicano (Citizens), has affirmed in the parliamentary debate: “When we look at the economic situation we are facing, we see two problems. On the one hand, we have the pandemic that is lengthening and that is creating an economic crisis situation, much longer than we imagined. On the other hand, we have a very significant increase in debt. On the left side they say: the important thing is the pandemic; let’s spend and spend and spend now. And then, if Perhaps, we will already ask that the European Central Bank forgive us our debt; on the right side we are already beginning to hear fiscal consolidation and that we must put the brakes on. I think that no answer is correct: today we have to spend much more, but at the same time Sometimes we have to secure finances in the medium term and make them sustainable The government of our country is doing the opposite: it is spending in the long term, introducing structural programs and hiding the help they need now. the self-employed themselves “.

The vice-president of the European Greens, Ernest Urtasun (Catalunya en Comú), said in turn: “They announced this week that they were extending the escape clause of the Stability Pact for another year. However, it is clear that the current rules that we have do not they will be able to be introduced as we have them. Everyone knows this and that is why I dare to suggest to the Vice President five lines of action on the reforms that we are going to have. First of all, we must continue to deepen the European fiscal capacity. Second, we need a golden rule for certain investments: there will be no ecological transition in the fight against climate change without certain investments. Third, we should replace deficit limits with a spending rule that somehow establishes how it grows. nominal spending in Member States Fourth, we need a different treatment of debt in the levels of indebtedness that we have. With the rules that we have and the current monetary conditions are very different from when we established these rules. And, fifthly, to strengthen the macroeconomic dialogue between the countries, including their trade balances. Of course, the flexibilities that we have will not serve us for the period that we are going to start after 2023 “.