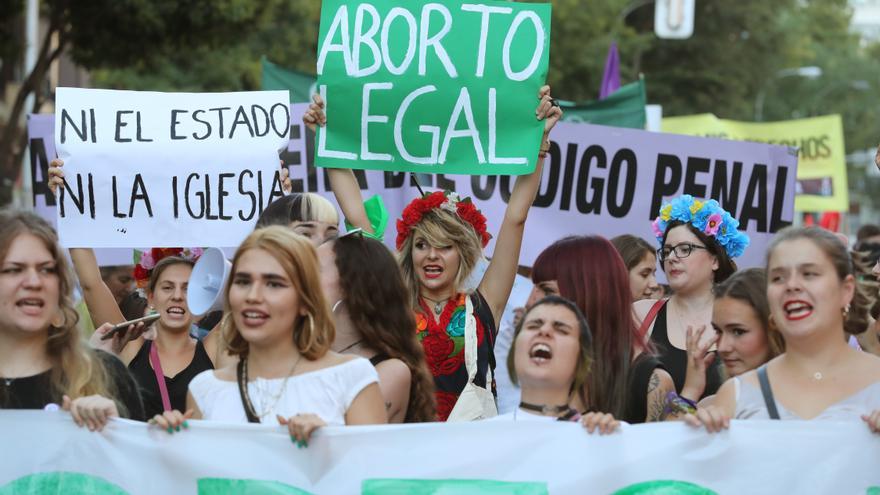 The European Parliament has asked governments to guarantee access to abortion. And he has done so with the vote against the Spanish Popular Party - the European PP has split between no and abstention - and Vox. The rest of the Spanish groups have voted in favor. Thus, the resolution that calls for guaranteeing universal access to sexual and reproductive health and rights services in all member states and that warns of the setback that these rights have suffered in countries such as Poland has come forward with 378 votes in favor, 255 in against and no abstention.

In its explanatory memorandum, the document notes that "the involution and regression in the field of women's rights are gaining momentum and contributing to erode acquired rights and endanger the health of women." In addition, during the In the health crisis, women and girls around the world have seen their access to sexual and reproductive health services limited "under the false pretense of a lower priority."

Among the setbacks mentioned in the resolution, "the right to a safe and legal abortion is one of the main targets of the attacks." Legal restrictions on abortion do not reduce their number, but instead lead women to risk their life and health to terminate their pregnancy in unsafe conditions, according to the European Parliament: "Even when abortion can be legally possible, there are obstacles that limit the possibility of abortion. Access. One of the most problematic obstacles is the denial of medical care based on personal beliefs, a principle by virtue of which health professionals often refrain from performing abortions by appealing to their convictions. "

The president of the Socialists in the European Parliament, Iratxe García, denounced during the plenary session that "women in Europe die for having abortions." Garcia added: "There is no playing around with women's health. Banning sex education and contraceptives is going to bring more unwanted pregnancies. And banning abortion is going to lead to more women dying in clandestine abortions. We have had to listen to some leaders say that abortion is a thing of the left to eliminate what we have left over, and that is a shame. Let us have more respect for women. We are fully committed to the freedom of women to choose about our motherhood and choose about our bodies " .

On the contrary, the MEP of the PP Rosa Estarás, who already voted against the resolution in the Committee on Women's Rights and Gender Equality (FEMM) of the European Parliament, stated that she opposed the text due to her refusal to qualify abortion as "a human right".

“Sexual and reproductive health and rights are not 'services', they are human rights. Being part of the EU implies being committed to its guarantee: we cannot say that it is up to each State to 'decide' whether or not to violate human rights, "said Podemos MEP María Eugenia Rodríguez Palop, vice president of the FEMM commission. : "Attacks against women's rights, almost always combined with attacks on the rights of LGTBI people, are part of the deterioration of democracy and the rule of law that is taking place in several European countries."

Citizens MEP Soraya Rodríguez, for her part, also defended the resolution in plenary session: "We cannot take any step backwards in regard to the reproductive rights of women in Europe. According to the WHO, unsafe abortions are the third most common cause of maternal death in the world. We voted for the freedom to decide about our health. "

“The future of our culture and identity is at stake. Nothing is more serious than not being in favor of life, "said Vox MEP Margarita de la Pisa in the debate.