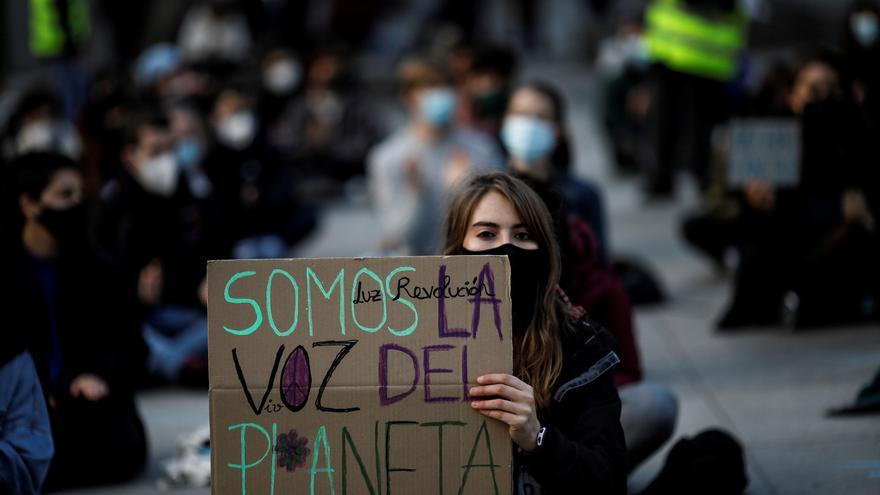 The European Parliament and the rotating Portuguese Presidency of the Council of the EU have paved the way this morning to achieve climate neutrality in 2050 in the European Union. The two parties have finalized the trilogues - the negotiations between Parliament, governments and the European Commission - by setting the binding target of reducing greenhouse gas emissions (emissions after deducting removals) of at least 55% by 2030 in comparison with 1990. The agreement has to be ratified now by the plenary session of the European Parliament and the 27 governments of the EU.

"The Climate Law places the EU on the green path for a generation. It is our binding commitment to our children and grandchildren," said the President of the European Commission, Ursula von der Leyen.

"Europe is leading the way for change in climate policies", said the president of the Socialists in the European Parliament, Iratxe García: "The EU has set an ambitious goal of reducing emissions by 2030 and paving the way for a negative economy in carbon by 2050 ".

To achieve the 2030 targets, negotiators have agreed to a limit of 225 megatons of CO2, equivalent to the contribution of removals to the net target, and agreed that the European Union will target a greater volume of net carbon sink by 2030.

Other elements of the interim agreement include the establishment of a European Scientific Advisory Council on Climate Change, composed of 15 experts of different nationalities with no more than two members from the same Member State, for a term of four years. This independent board will be tasked, inter alia, with providing scientific advice and reporting on EU measures, climate targets and indicative greenhouse gas budgets and their consistency with European climate legislation and EU international commitments. under the Paris Agreement.

The negotiators also agreed that the European Commission would propose an intermediate climate goal for 2040, if necessary, six months after the first balance sheet of the Paris Agreement. At the same time, the Community Executive will publish an indicative forecast of the EU on greenhouse gases for the period 2030-2050, together with its methodology.

The forecast is defined as the indicative total volume of net greenhouse gas emissions (expressed as CO2 equivalent and providing separate information on emissions and removals) that are expected to be emitted in that period without jeopardizing the EU commitments in under the Paris Agreement.

The negotiators also agreed that the European Commission would collaborate with economic sectors that choose to prepare roadmaps to achieve the goal of climate neutrality by 2050.

The interim agreement also states that the EU "strive for negative emissions after 2050."

This political pact is subject to the approval of the Council (the Governments) and the European Parliament, before going through the formal stages of the adoption procedure. The provisional agreement has been reached by the Portuguese rotating presidency of the Council of the EU and the representatives of the European Parliament, on the basis of mandates from their respective institutions.