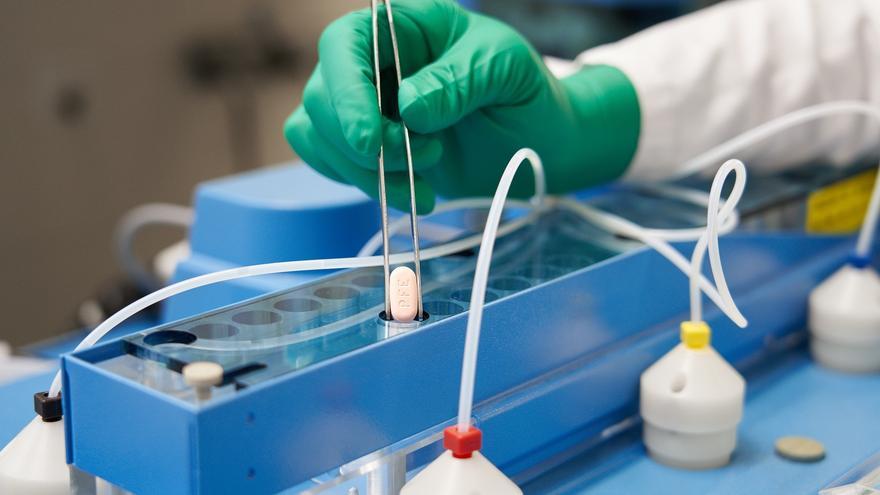 The European Medicines Agency (EMA) supported this Thursday the possible use in an emergency context of Paxlovid, the pill of the pharmacist Pfizer, What oral treatment of covid-19, under individual decision of the national authorities pending an official European license.

The pill can be used to treat adults with covid-19 who do not require supplemental oxygen, but are at increased risk of progressing to serious illness, and should be given as soon as possible after diagnosis, within five days after the onset of symptoms.

The two active substances in the medicine, PF-07321332 and ritonavir, which are available as separate tablets, must be taken together twice a day for five days.

The advice is based on the analysis of interim results of the main study in non-hospitalized and unvaccinated patients qThey had a symptomatic illness and at least one underlying condition that put them at risk of developing severe COVID-19.

"These data showed that Paxlovid reduced the risk of hospitalization and death when treatment was started within five days of the onset of symptoms," he adds.

The most common side effects reported during treatment and up to 34 days after the last dose were dysgeusia (taste disturbance), diarrhea, and vomiting.

The EMA notes that Paxlovid should not be used with certain medicines., since its action can cause harmful increases in blood levels or, conversely, reduce the activity of this pill.

It should also not be used in patients with severe kidney or liver failure, nor is its intake recommended during pregnancy, or in people who may become pregnant and are not using contraceptive methods.

Breastfeeding should also be interrupted during treatment.

Laboratory studies in animals suggest that high doses of Paxlovid can affect the growth of the fetus.

The EMA has issued this scientific advice prior to its final decision on the official authorization of this drug to help national authorities decide on the possible early use of the drug, such as in emergency use settings, due to the increasing rates of infections. and deaths from covid-19 in the European Union (EU).

The European agency also announced today that a more comprehensive continuous review of this pill began on Monday to assess in real time more comprehensive data on the quality, safety and efficacy of the drug as it becomes available, an evaluation that will continue until there is sufficient data. to request a European license.

The pill "blocks" the activity of a specific enzyme that SARS-CoV-2 it needs to replicate in the infected body, a mechanism similar to that of molnupiravir, the pill developed by MSD (Merck in the US and Canada).

Pfizer announced on Tuesday that its pill reduces the risk of hospitalization or death in adults in 89% of cases and indicated that its most recent data confirms that the drug is a "potent inhibitor" against the omicron variant of the coronavirus.