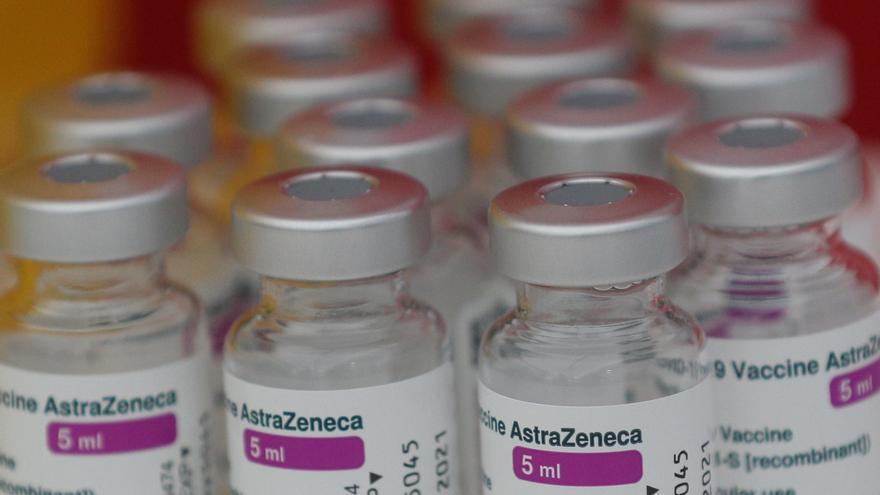 The European Medicines Agency is carrying out a scientific evaluation with experts from various healthcare branches, including in cases of thrombi, to determine if there is any kind of link with the AstraZeneca vaccine. The report will be debated and published this Thursday, but “serious concerns” that exist in the EU, translated in that several countries have suspended vaccinations of the Oxford drug, have led the director of the EMA, Emer Cooke, to appear this Tuesday at a telematic press conference to insist on something previously disseminated in several statements: so far, according to available data, there are no links between thrombi and the AstraZenca vaccine, although the final evaluation will be known this Thursday.

“We are looking at the current situation, we are evaluating the side effects, and preliminary evaluations tell us that the benefits outweigh the risks,” said Cooke: “We continue to evaluate and receive more data on possible side effects that are being examined by experts in clotting and thrombi “. And he insisted: “We are in a process. We have made this evaluation due to the existing concerns and our priorities are to ensure the safety of the vaccines.”

According to Cook, the situation “is not unexpected, in the sense that when there are vaccines, it is normal that there are side effects. Our role is to evaluate and investigate what happens, and see if it is a coincidence or a consequence of the vaccine. Confidence in the safety and efficacy of the vaccines we have licensed is paramount to us. Our job is to ensure that we can maintain confidence in these vaccines based on proper scientific evaluation, which is why we have placed such a priority on a clear conclusion, our Our priority is to ensure that the vaccines can be used safely in the European population. If this means that an additional warning might be necessary, we will investigate it. If we believe there is a problem that cannot be solved, we will investigate it as well. ”

The director of the EMA explained that “cases that have to do with thrombi are few among those who have been vaccinated. But we have not asked to establish whether there is a cause-and-effect relationship between vaccines and thrombi. caused or not. This requires very rigorous analysis and looking in great detail at all the available data to determine whether the vaccine has contributed or not. ”

The experts will finish their assessment in the next few hours and on Thursday they will reach a conclusion and the EMA will “inform the public in the afternoon.”

“We need a scientific evaluation, we cannot reach a conclusion until we have a scientific analysis. At the moment, there is no indication that the vaccine has caused these events, it has not come out in clinical trials or as side effects. Vaccinated people do not seem superior to that of the general population. The pandemic is a global crisis, with devastating effects. Vaccines help us to protect people from getting sick. We firmly believe that the benefits, with their secondary effects, among those that do not thrombi have been found to be found, they are higher than the risks “.

In this regard, Cooke has reported that they are “evaluating the side effects of all vaccines, and looking at all vaccines in circulation. It seems that similar numbers are coming in around the world, but that has to be concluded by the committee. Our position it’s that the benefits outweigh the risks, although there is a serious concern. ”

The European Medicines Agency already insisted this Monday with a statement that, once the sequence of suspensions in half of Europe has been known, that the decisions “have been taken as a precaution and in light of their national situations while the investigation is being carried out.”

He has also explained that he continues to work with the pharmaceutical and health authorities, including the British agency that has monitored the inoculation of 11 million of these doses.

The plan is to stop vaccination with AstraZeneca from this Monday or at most tomorrow out of prudence until the EMA’s risk committee pronounces itself, although they have insisted on sending a message of reassurance to those who have already received a dose. However, the same European agency advanced last week that there was no evidence linking the episodes of thrombi detected, especially in Denmark and the inoculation of serum against COVID-19. Still, the EMA launched a review report and plans to hold a session this Thursday.

Spain has stopped vaccination with the Oxford / AstraZeneca serum for 15 days while the EMA is carrying out the report on cases of thrombi in people who had received this vaccine. About thirty episodes on more than five million people inoculated in the European Union, according to EMA data.

The Ministry of Health has taken this measure after Germany, France and Italy announced on Monday that they were temporarily suspending the use of the AstraZeneca product until the conclusions of the EMA are available. The alerts have been activated this weekend when several cases of rare cerebral thrombosis were detected in Europe, one of them in Spain. The Minister of Health, Carolina Darias, explained that after describing the episode in Spain, it was learned that there were some other cases in Norway and Germany. Darias has said that this type of thrombosis is different and rarer than those described last week and has been detected after the EMA and WHO explained last Friday that the AstraZeneca vaccine was still safe.

The spokesman for the European Commission for vaccines, Stefan de Keersmaecker, said on Tuesday about the suspensions in the countries: “The EMA provides a recommendation and the use of vaccines is the responsibility of the Member States, as it is make vaccination plans and apply them, and decide which vaccines to use. It cannot go against the recommendations, but they can take greater precautionary measures, taking into account their needs and their epidemiological situation. ”